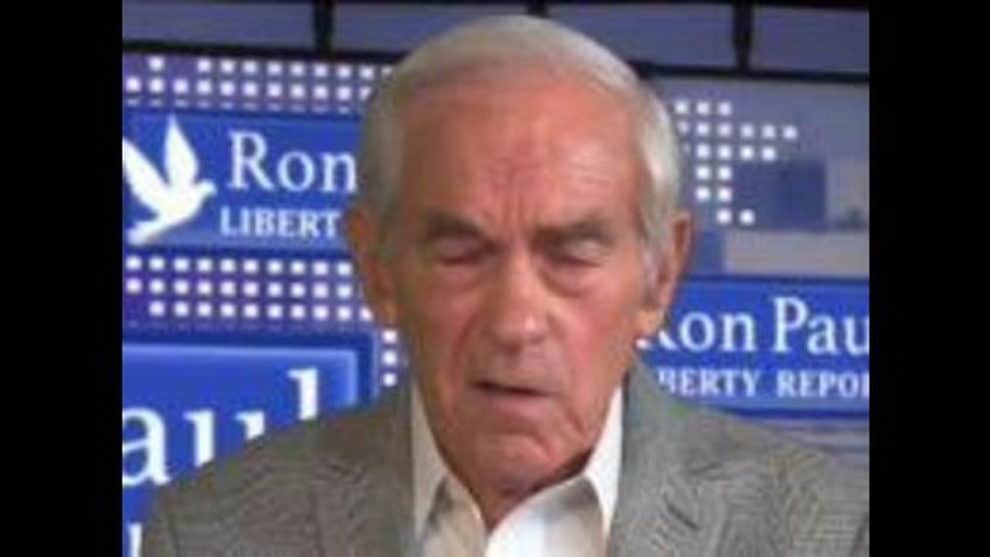 Update: Ron Paul has been taken to the hospital as a precaution after he suffered a stroke during live stream video, according to sources.

Second Update 15:00 PM EST: Good news for everyone, Ron Paul is doing absolutely fine, he just posted a message on his Twitter account with a thumbs-up photo, “Message from Ron Paul: “I am doing fine. Thank you for your concern.”

The unfortunate incident happened just after 12 p.m. ET on Friday when Paul, who is 85 years old, was speaking about the economy on his YouTube channel. His speech became slurred and he was visibly struggling to speak. The Youtube live video was cut short and abruptly ended. Speculation that Paul had suffered a stroke could not immediately be confirmed.

In the recent live stream video, Ron Paul suffered from what seemed like a critical medical emergency. The media has yet to receive any kind of confirmation about the Congressman’s status from the Paul camp. Notably, his son, Rand Paul, is currently serving as the junior Senator from Kentucky. The incident was brought to the media’s attention due to the vast number of tweets being posted regarding Ron Paul’s concern.

Cassandra Fairbanks tweeted, “Say a prayer for Ron Paul. He’s truly one of the best humans in politics.” Ron Paul has plenty of admirers around the globe, several people look up to him and appreciate his policies. A user replied to this by saying, “Can you imagine how great America would be at this very moment, had he been elected. First & only politician I idolized.” A call for prayers for Ron Paul’s health is circulating on social media at the moment.

Graphic: This video could be disturbing to watch for some viewers.

Ron Paul happens to have a stellar political record. He has on three occasions sought the presidency of the United States: as the Libertarian Party nominee in 1988 and as a candidate in the Republican primaries of 2008 and 2012. He describes himself as a “constitutionalist.” Paul is highly skeptical of the federal government’s fiscal policies. Particularly, the existence of the Federal Reserve and the tax policy.  He also holds the same views regarding the military-industrial complex, the war on drugs, and the ongoing war on terror.

Paul also happens to be a vocal critic of the mass surveillance policies enacted by the United States over time. These policies include the USA Patriot Act and the NSA surveillance programs aimed at increased mechanisms of surveillance. He was the first chairman of the conservative PAC Citizens for a Sound Economy, a free-market group with an emphasis on limited government, and has been characterized as the “intellectual godfather” of the Tea Party movement, a fiscally conservative political movement that is largely against most matters of interventionism.