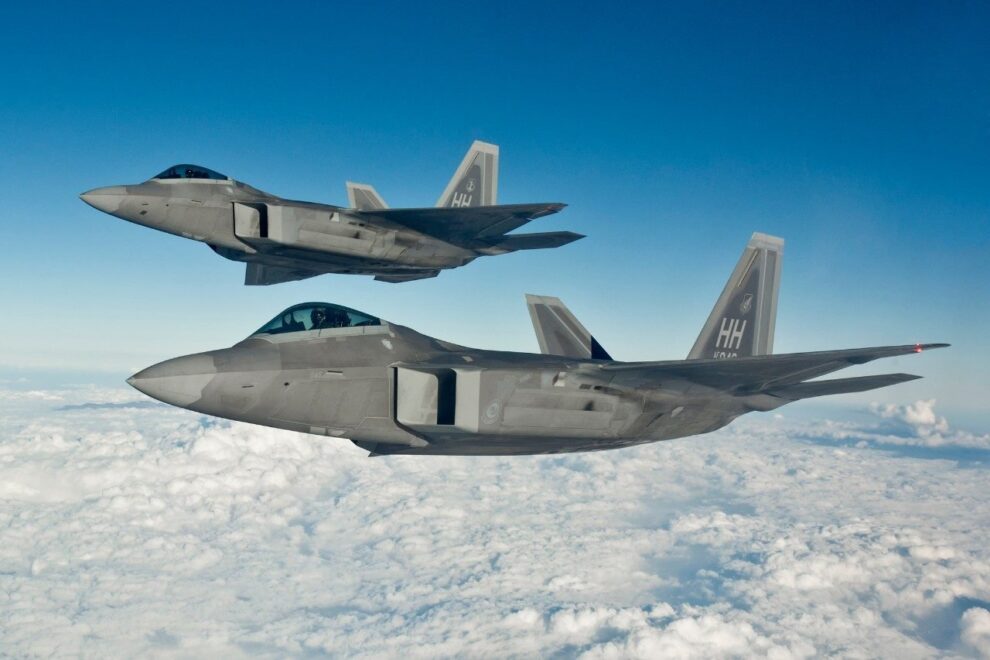 Video shows two F-22 Raptors conduct a flyover for the dedication of the new World War I Memorial in the area of 14th Street (Freedom Plaza/Pershing Park).

Washington DC woke up to a big surprise when they saw two F-22 Raptors conducting a super low altitude flight over National Mall for the dedication of the new World War I Memorial. However it was a planned ceremony: Watch the video:

JUST IN – Two F-22 Raptors Flew At Low Altitude Over DC for "dedication of the new World War I Memorial pic.twitter.com/YcOXMaYuQV

One user wrote, In DC and people are freaking out because some F-22’s flew low overhead and I’m like pssh these peeps clearly did not grow up right next to @EdwardsAFB”

A user posted a picture of the jets:

National Guard could stay in Washington DC until fall 2021: REPORT