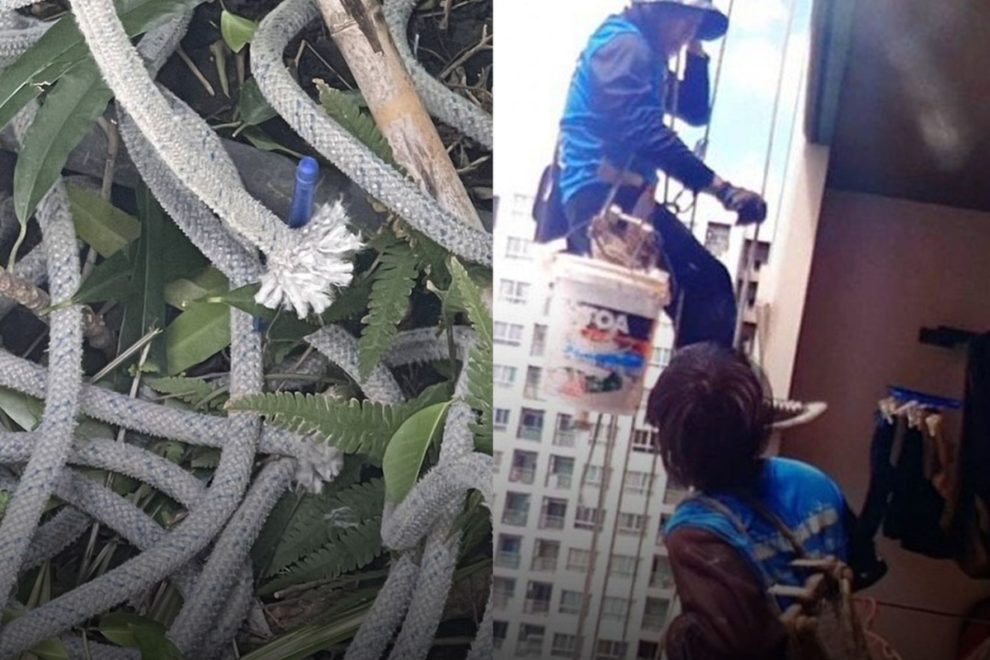 A woman, resident of a high-rise condo building in Thailand cuts the support rope for two painters (as recorded in video below), apparently upset that she hadn’t been informed they would be doing work, and left them hanging above the 26th floor until a couple rescued them, AP reported Wednesday.

Nichanan Toh, 34, was accompanied by her lawyer when she admitted at Pak Kret police station on Oct 12 to cutting the safety rope used by workers assigned to do repair work on the exterior of the condo in Nonthaburi province’s Pak Kret district.

She denied causing damage and attempting to murder the workers, claiming she did not intend to kill them and cut the rope out of annoyance because she did not see the condo administration’s notice that some repair work would be done on that day.

On October 12, around noon, the incident occurred. While the two painters, one of whom was a Myanmar national known only as Song, were lowering the rope from the 32nd floor of the condo to repair a crack, they noticed the rope had been cut by a woman living on the 21st floor, making it impossible for them to descend alone.

Prapawan Satasing, who lives on the 26th floor, let them land on her balcony after one of the workers signalled for assistance. The workers then went downstairs to notify the condo administration of the incident.

The condo building administration stated that they had already notified residents in writing that some repair work would be done outside their rooms between 9 a.m. and 5 p.m. on Oct. 12. They urged residents to close their windows and remove any items from their balconies.