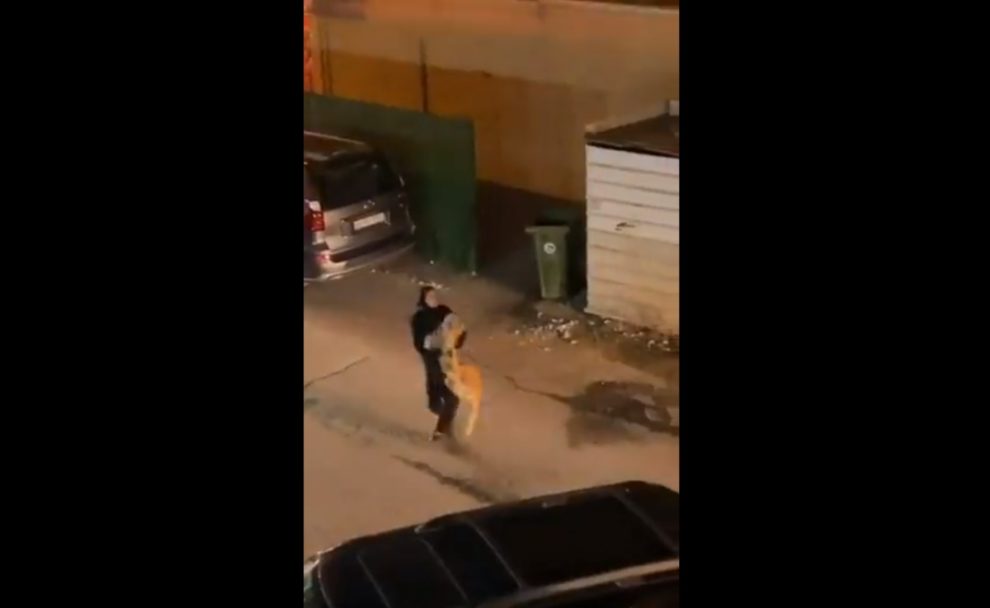 Local authorities confirmed that a viral video showing a woman carrying a lion in her arms on a street in Kuwait depicts the aftermath of the animal’s escape.

The video, which went viral after being shared on social media, shows a young woman catches a lion and carries the animal in her arms in the Sabahiya neighbourhood of Kuwait City on Sunday, while the animal appears to struggle.

According to local reports, the lion was causing panic among local residents, and environmental police were called and dispatched to the scene.

According to environmental police, the lion belongs to the woman and her father. Officers assisted in the capture of the large cat after it was spotted roaming the streets, and it was returned to the woman’s custody.

Exotic animals, including lions, can be kept as pets in Kuwait.

WOMAN CATCHES AND CARRIES LION ON A STREET IN KUWAIT

Rare white lion dies due to pneumonia at Karachi Zoo

VIDEO: Another girl riding in rickshaw falls victim to harassment in Lahore, Pakistan