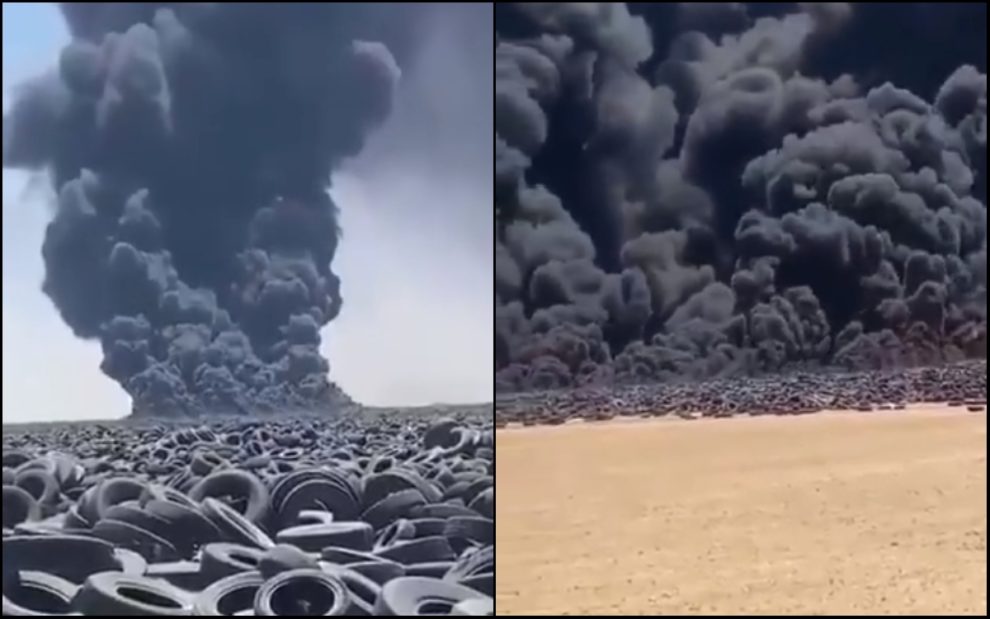 The world’s largest tire dump at the Al Sulaibiya tire site in Kuwait is on fire and is visible on satellite images. The tire graveyard is estimated to have 7 million tires, a social media post reads.

Horrified reactions poured in on social media after a video of a burning pile of tires was shared online.

The video, which has been viewed millions of times since it was shared on Thursday, shows thick, black smoke billowing into the air.

Many commentators expressed despair about larger issues such as climate change and pollution.

“A tyre graveyard is on fire in #Kuwait. Just when we think whether things can get worse. I can only imagine what this can do to air” one person wrote.

Many have speculated that it was shot at Kuwait’s famous Sulaibiya tire graveyard, and have shared satellite images of the site showing smoke wafting from the stockpile.

Daily Mail reported in 2013 that every year, gigantic holes are dug out of the sandy earth in Kuwait City’s Sulaibiya and it is then filled with old tires. In 2013, there were over seven million tires in the ground.