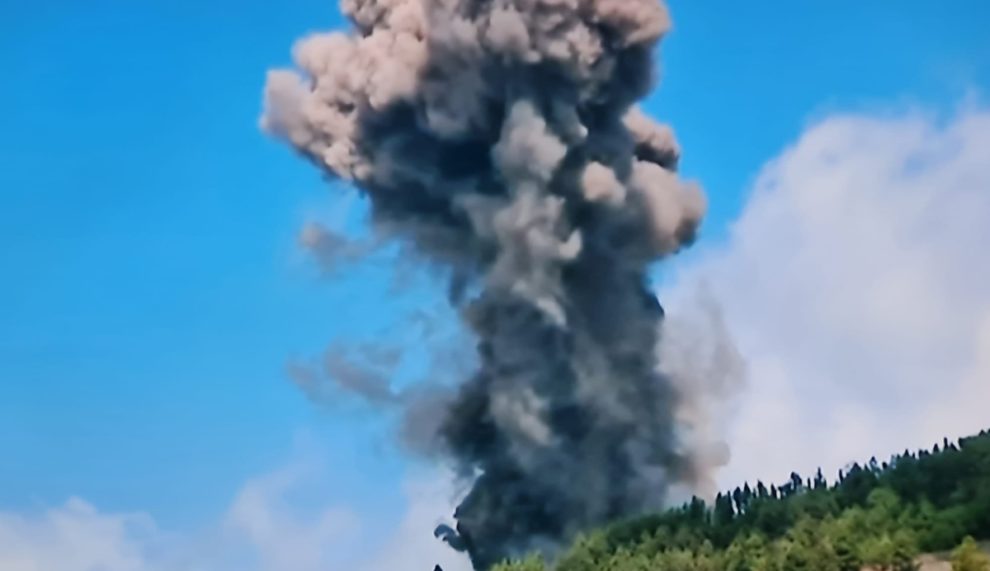 After more than a week of thousands of earthquakes, the Cumbre Vieja volcano on the island of La Palma began erupting on Sunday, September 19th.

According to video footage and the Reuters news agency, a volcano on the Spanish Canary Island of La Palma erupted, spewing lava and a large cloud of dust and smoke into the air.

An enormous column of volcanic materials can already be seen in the area, near Las Manchas.

On the Spanish island of La Palma, around 40 people with mobility issues and some farm animals were evacuated to safer areas after scientists warned of an impending volcanic eruption, Reuters reported on Sunday.

According to the defence ministry, solders have been deployed to assist with the evacuation.

Spanish Prime Minister Pedro Sanchez said his government was monitoring the situation and that state organisations were prepared to assist La Palma “coordinatedly.”

According to AP, Itahiza Dominguez, head of seismology at Spain’s National Geology Institute, told local TV station RTVC that while it is too early to say how long this one will last, previous “Canary Islands eruptions lasted weeks or even months.”

The island of La Palma, one of several in the Canary Islands group, has a population of approximately 83,000 people.