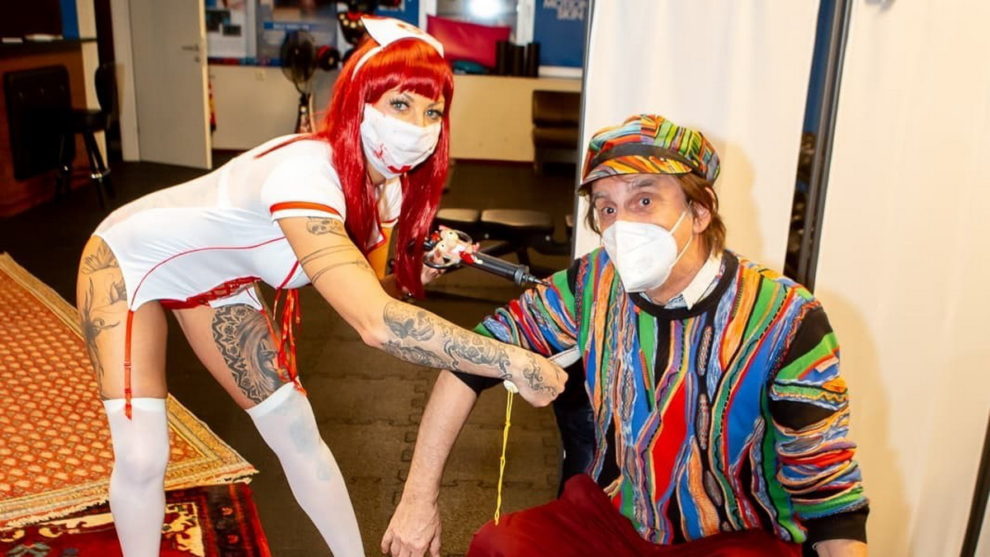 A brothel in Vienna is offering covid jabs and free 30-minute sessions with the “lady of their choice” to those who take up the offer.

The country’s vaccine uptake rates are among the lowest in Western Europe, forcing the government to implement the ‘2G rule,’ which prohibits those who have not received the vaccine from entering public places such as restaurants, hotels, hair salons, and large events.

Funpalast brothel hopes to increase vaccination rates while also increasing its customer base, which has reportedly dropped by 50% during the pandemic.

The venue, which bills itself as a ‘sex-star saunaclub’, said: “Due to the pandemic, we have registered a 50% decrease [in clients], with this initiative we hope that the number of customers will rise again.”

After noticing an overlap between the client base and the unjabbed, Peter Laskaris, manager of Fun Palast, told Reuters that he realised there was a way the brothel could help with Austria’s vaccination problem.

A Fun Palast employee reportedly said, “Well, I think it’s a very good idea to have a vaccination street in the FunPalast, because the name fun palace suggest to have a bit of fun here and return back to normality a bit more.”

To entice young people, it offered taxi and fast food deals in August.

The new Austrian rules, which went into effect on Friday (November 5), came as daily infections reached their highest level in nearly a year. On Saturday, the country reported 9,943 cases in a 24-hour period, surpassing the previous worst day of November 13, 2020, when 9,586 were recorded.