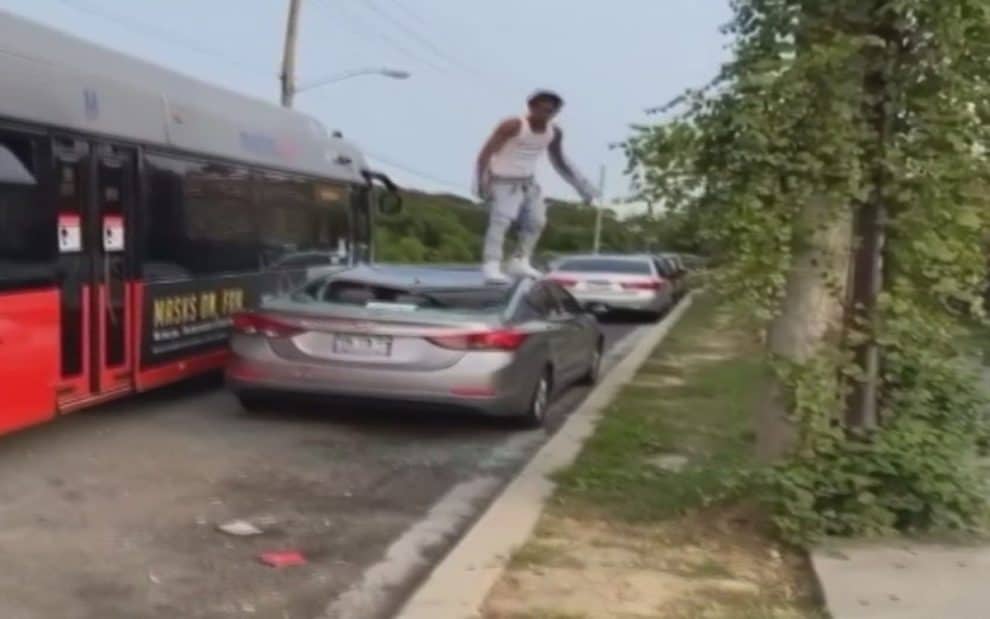 The incident took place in Washington DC, near 23rd Street and Alabama Avenue Southeast, on September 18. The video attracted comments from spectators and critics. The woman who owned the car being damaged in the video emphasized that the entire stunt was no laughing matter. The woman, Aisa Webb said, “I was just — I was hurt.” “While people was laughing, I still had to continue life with everyday things like – I had to go to work. I had to drop my kids off. I had to do the virtual school,” she said.

“Kindness and politeness are not overrated at all. They’re underused.” – Tommy Lee Jones

This is a classic example of how inconsiderate people give massive amounts of anxiety to innocent people. The man in the video probably thought he was a hero in a movie series, he failed to acknowledge the consequences of his actions. The poor woman who owned the car must have experienced crippling anxiety at the sight of her car being crashed like that.

Asia Webb is a 28-year-old single mother of two who is trying her best to make life better for her family. One of her children lives with special needs and high-risk asthma. Webb explained she lost both of her children’s fathers to shootings and that she had hit a rough patch in life. The poor woman is already struggling to make ends meet while juggling multiple responsibilities. Instead of making things better for people like her, the man in the video made it much worse.

“He hurt me. He hurt my kids. My kids were upset, you know, they didn’t have any understanding. It was hard to explain things to them. He crippled me,” Webb said. The man in the video does not realize the magnitude of his actions, the woman spent years saving money to buy a car and he ruined it all in a matter of seconds. What was his idea of a practical joke will have long-lasting consequences in Webb’s life who is already struggling.

Clara Webb, Asia’s mother could not see her daughter suffer in turmoil. Clara took the matters in her own hands and tried raising money to fix the damage. Clara Webb started an online fundraiser and people donated generously. In just 3 days, Clara was able to collect $8,000. “I just want the donors to know that we are grateful. We’re thankful,” Carla Webb said.

VIRAL VIDEO: Man jumps from top of Metro bus in Southeast D.C. and destroys the car of a single mother of two. @wusa9 #GetUpDC

VIDEO: BMW shows off Color-Changing car at the CES 2022