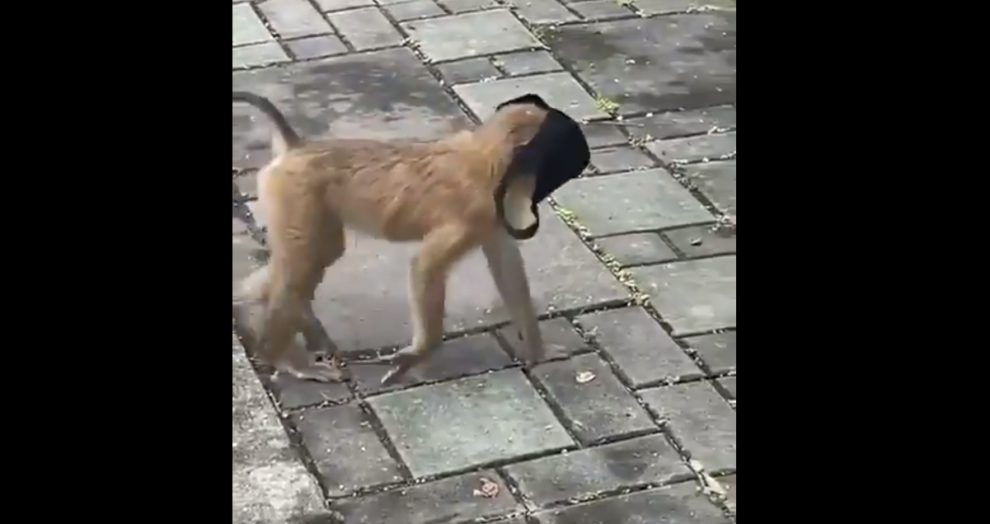 A video of monkey wearing a face mask has gone viral on social media including Twitter.

It appears that the new norm of wearing masks as a result of COVID-19 has caused monkeys to reflect on the situation as well. A monkey can be seen wearing a black face mask on the road in a rib-tickling video that has gone viral on social media.

The video has been viewed over 30,000 times. Thousands of people have shared it. Internet users have admired the monkey’s inquisitive nature.

“If you’ve already seen a monkey find a mask and promptly put it on its face today then just keep on scrolling…” Chapman wrote with the video.

Watch the monkey wearing a mask below:

The video shared above is not the only one which shows a monkey wearing a mask.

Another video we are talking here is about has a monkey wearing a mask and walking in full swag. It was shared by Indian Forest Services (IFS) officer Susanta Nanda on Twitter.

After seeing head scarfs being used as face mask😊😊 pic.twitter.com/86YkiV0UHc