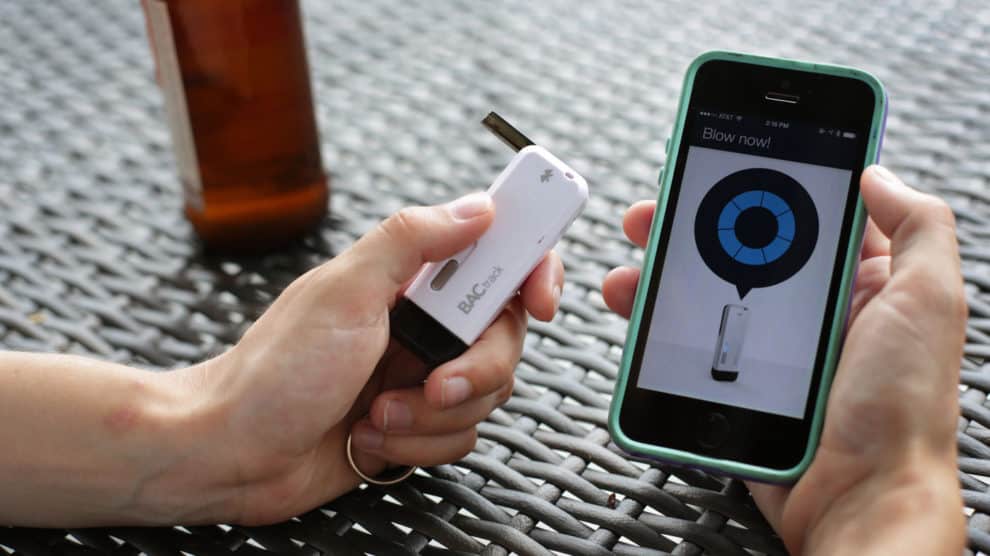 According to a new academic study by some American researchers, existing iPhones can detect drunk drivers. The study utilized the sensors in smartphones to detect when people are no longer safe to drive, as a result of too much intake of alcohol.

According to a new study, first spotted by the BBC News, some American researchers were able to use the sensors in smartphones to detect when a driver has exceeded the legal drink-drive limit. The study, which took place at the University of Pittsburgh, also noted that existing smartphones, including Android and iPhones, could detect drunk drivers. However, the smartphones were only able to give 90% accuracy when users walked about 10 steps, according to the study.

While explaining the basis of the study, BBC News reported that the study involved 22 participants. All of them were within the age bracket of 21 and 43 years. Further description revealed that 15 of the participants were men. The rest are neither pregnant, nor breastfeeding, at the time of the study.

Every hour, the participants were provided with a vodka and lime juice drink. That continued until they exceeded the UK/US drink-drive limit, which is 80 milligrams of alcohol per 100 milliliters of blood. Furthermore, each of the volunteers had a smartphone strapped to their back, as they were asked to perform a working task, every two hours. For the task, each of the participants had to walk a straight line ten steps forward, turnaround, and walk backward.

According to the result of the study, the American researchers were able to identify the volunteers that exceeded the drink-drive limit. That was possible, all thanks to the participant’s manner of working highlighted by the smartphones.

What Type Of Smartphone Is Capable Of Detecting It?

First, it’s worth noting that the study, titled “Using Smartphone Accelerometers to Sense Gait Impairments Due to Alcohol Intoxication”, do not specify that “iPhone or Android” can detect drunk drivers. Instead, it only says smartphones that have a higher-end accelerometer. Well, looking at that, you’ll agree that it’s likely talking about flagship Android models and iPhone 5 and higher iPhones.

According to the lead researcher Dr. Suffoletto, he said, while discussing with BBC, that he has dedicated 10 years to the study. And that’s partly because he lost a close friend to a drinking and driving crash. He was also able to attribute it to the fact that he’s an emergency physician.

Here’s a brief of what Suffoletto said about the academic study below:

“I lost a close friend to a drinking and driving crash in college. And as an emergency physician, I have taken care of scores of adults with injuries related to acute alcohol intoxication. Because of this, I have dedicated the past 10 years to testing digital interventions, to prevent deaths and injury related to excessive alcohol consumption.”

“In five years, I would like to imagine a world in which if people go out with friends and drink at risky levels, they get an alert at the first sign of impairment and get strategies to help them stop drinking and protect them from high-risk events like driving, interpersonal violence, and unprotected sexual encounters.”