With over 2.6 billion active users across the world, you’ll surely agree with me that YouTube is the most popular video streaming platform out there. Many people choose this platform because it offers its users and creators tons of amazing features and content. Besides, YouTube is also popular because it’s widely available on various types of devices, including Smart TVs. Unfortunately, the latest reports across social media sites reveal YouTube users are experiencing a situation, in which the app interface is suddenly showing Chinese characters on some Smart TV units.

What exactly is the cause of the new YouTube app interface issue? Is there any official fix yet to address the annoying issue? You’ll find everything you need to know about these questions in the rest of this post.

Some users also revealed that the characters also come in other languages, such as Arabic. You can check below and here (1,2,3,4,5) to see exactly what the affected users are saying about the issue. 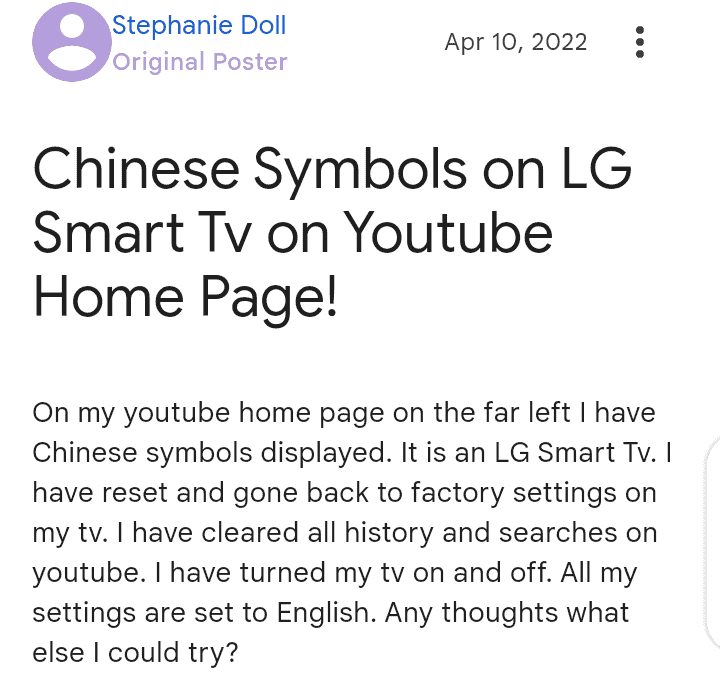 Is there any official fix to address the issue?

According to this post, the YouTube team is already aware of the new issue, in which the app interface is showing Chinese characters on some Smart TV units. The team is now working on a fix to resolve the issue.

For now, we don’t know when the official fix will be available. In another post, the YouTube team revealed the issue is not only affecting Smart TVs. In addition, the annoying Chinese character issue also affects most living room devices. With that, if you’re experiencing this same issue with your home devices, such as streaming sticks, just know you’re not alone.

Interestingly, there are a couple of workarounds that could help you resolve this issue temporarily. First, according to the YouTube team, try uninstalling and reinstalling the YouTube app and see if that helps to address the problem. Alternatively, try opening the Settings menu. After that, go to the Language option and have it changed to UK English. That should help you resolve the issue temporarily until an official fix comes, according to this user.

Another thing you can do is to consider the workaround below. The YouTube support team suggested this potential workaround. 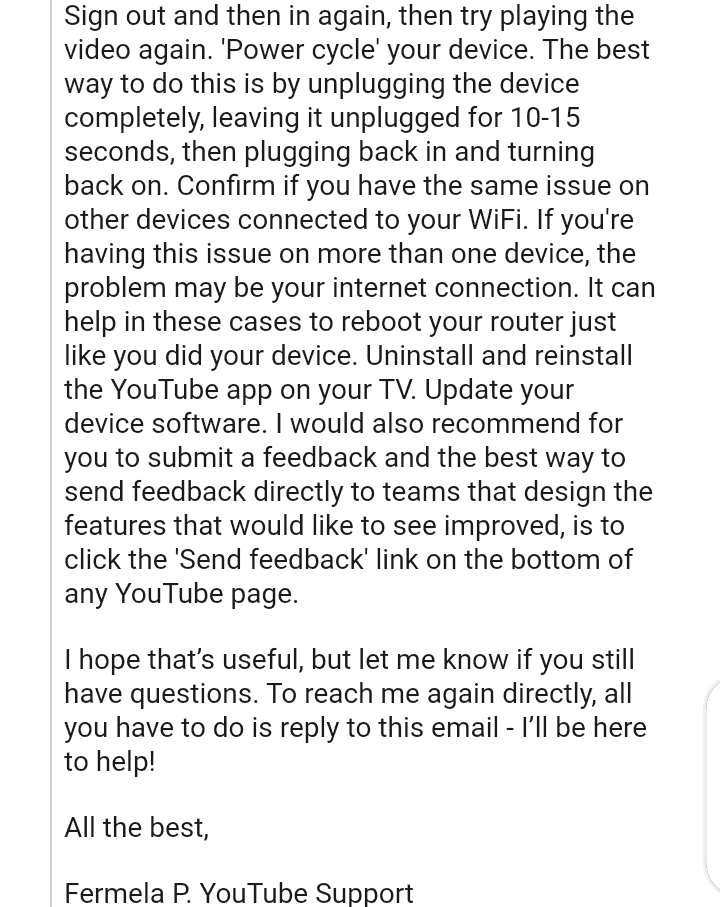