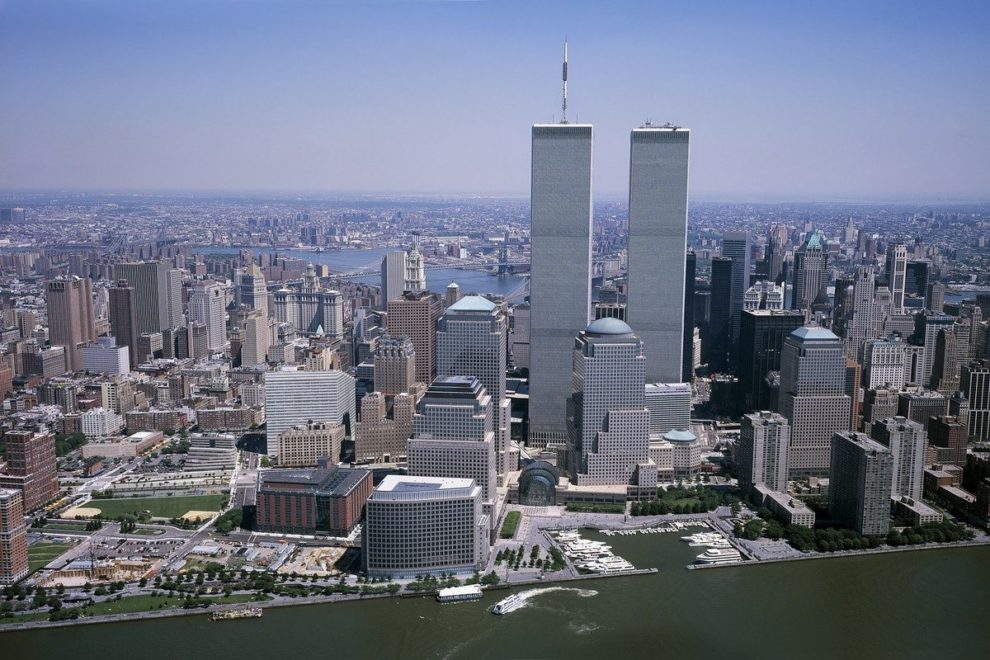 More than 91,000 workers and volunteers were exposed to a range of hazards during the rescue, recovery and clean-up operations.

By March 2021, some 80,785 of these responders had enrolled in the World Trade Center Health Program, which was set up after the attacks to monitor their health and treat them.

Now our published research, which is based on examining these health records, shows the range of physical and mental health issues responders still face.

We found 45% of responders in the health program have aerodigestive illness (conditions that affect the airways and upper digestive tract). A total of 16% have cancer and another 16% have mental health illness. Just under 40% of responders with health issues are aged 45-64; 83% are male.

Our analysis shows 3,439 of responders in the health program are now dead — far more than the 412 first responders who died on the day of the attacks.

This picture was taken a few months after September 11, 2001 for a @VanityFair piece about the surviving firefighters of @FDNY Engine 40/Ladder 35.  The writer was #DavidHalberstam. The photographer @JonasKarlsson. They lost 12 men that day.  My husband Sean is on the far right. pic.twitter.com/9eRHcgMd41

Respiratory and upper digestive tract disorders are the number one cause of death (34%), ahead of cancer (30%) and mental health issues (15%).

Deaths attributed to these three factors, as well as musculoskeletal and acute traumatic injuries, have increased six-fold since the start of 2016.

The number of responders enrolling in the health program with emerging health issues rises each year. More than 16,000 responders have enrolled in the past five years.

Cancer is up 185% over the past five years, with leukaemia emerging as particularly common, overtaking colon and bladder cancer in the rankings.

This equates to an increase of 175% in leukaemia cases over a five-year period, which is not surprising. There is a proven link between benzene exposure and acute myeloid leukaemia. Benzene is found in jet fuel, one of the toxic exposures at the World Trade Center. And acute myeloid leukaemia is one of the main types of leukaemia reported not only by responders, but by residents of lower Manhattan, who also have higher-than-normal rates.

Prostate cancer is also common, increasing 181% since 2016. Although this fits with the age profile of many of the health program’s participants, some responders are developing an aggressive, fast-growing form of prostate cancer.

Inhaling the toxic dust at the World Trade Center site may trigger a cascading series of cellular events, increasing the number of inflammatory T-cells (a type of immune cell) in some of the responders. This increased inflammation may eventually lead to prostate cancer.

About 15-20% of responders are estimated to be living with post-traumatic stress disorder (PTSD) symptoms — roughly four times the rate of the general population.

Despite 20 years having passed, PTSD is a growing problem for responders. Almost half of all responders report they need ongoing mental health care for a range of mental health issues including PTSD, anxiety, depression and survivor guilt.

Researchers have also found brain scans of some responders indicate the onset of early-stage dementia. This is consistent with previous work noting cognitive impairment among responders occurs at about twice the rate of people 10-20 years older.

Researchers say the toxic air at Ground Zero and PTSD could both be culprits — perhaps acting as a “one-two punch” to first responders’ brains https://t.co/Stap6ZF1Xg

COVID-19 and other emerging threats

Responders’ underlying health conditions, such as cancer and respiratory ailments, have also left them vulnerable to COVID-19. By the end of August 2020, some 1,172 responders had confirmed COVID-19.

Even among responders who have not been infected, the pandemic has exacerbated one of the key conditions caused by search and rescue, and recovery after terrorist attacks — PTSD.

More than 100 responders have died due to complications from the virus, which has also exacerbated other responders’ PTSD symptoms.

Richard Seaberry is one of more than 1,000 first responders from 9/11 who have battled confirmed cases of COVID-19, data by the World Trade Center Health Program show. https://t.co/DZsKL7TmRA

The number of responders with cancers associated with asbestos exposure at the World Trade Center is expected to rise in coming years. This is because mesothelioma (a type of cancer caused by asbestos) usually takes 20-50 years to develop.

Our research involved analysing data from existing databases. So we cannot make direct links between exposure at the World Trade Center site, length of time there, and the risk of illness.

Differences in age, sex, ethnicity, smoking status and other factors between responders and non-responders should also be considered.

Increased rates of some cancers in some responders may also be associated with heightened surveillance rather than an increase in disease.

Nevertheless, we are now beginning to understand the long-term effects of responding to the 9/11 terrorist attacks. Exposure is still having both a physical and mental health impact and it’s likely responders are still developing illnesses related to their exposures.