Following her harsh criticism of President Biden in the aftermath of her son’s death, Shana Chappell, the mother of a Marine killed in a suicide bombing in Kabul, Afghanistan, had her Instagram account removed and Facebook account deleted.

Shana Chappell’s social media accounts were suspended by Facebook and Instagram for speaking out against the disastrous Biden pullout. Chappell is the mother of Kareem Nikoui, 20, a marine who was killed tragically in Kabul.

Shana Chappell, mother of Marine and American hero Kareem Nikoui killed in Kabul, has had her FB and Instagram accounts suspended for posts she made about her son.

“As soon as I posted about what happened to my son Instagram started pulling up my posts from months ago and sending me notifications that if I kept posting stuff like this that they would disable my account. Posts from months ago!” Chappell wrote. 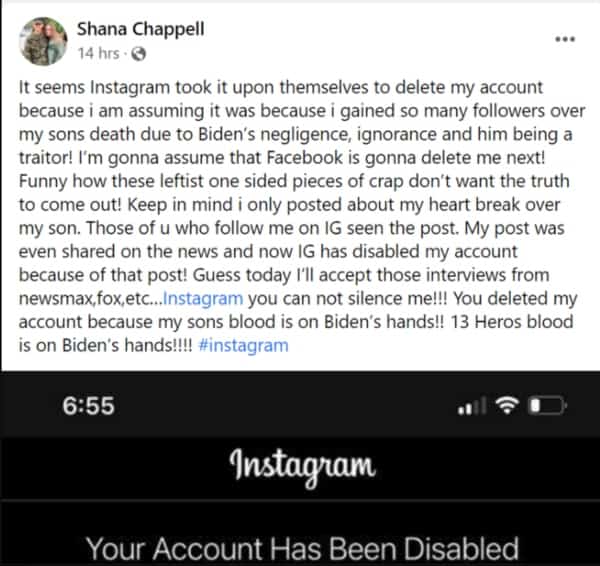 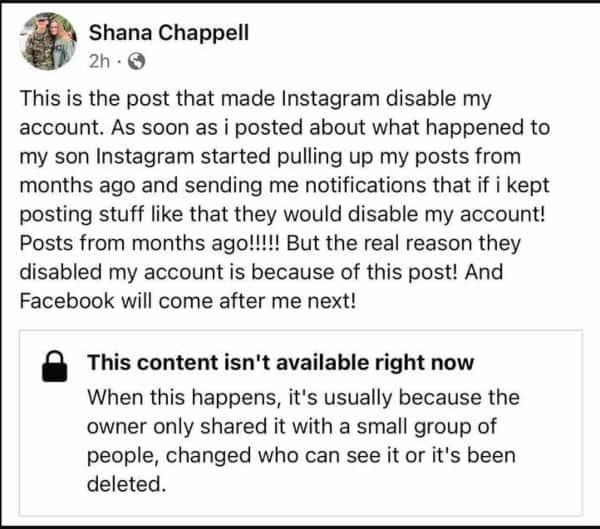 Prior to her Instagram posts, Shana Chappell wrote a scathing post about Biden, claiming that his son’s blood is on his hands.

Chappell has been outspoken in her criticism of President Biden, claiming that he is to blame for her son’s death, as well as the deaths of the other 12 troops. Before her son died, Chappell, a Trump supporter, frequently expressed her disdain for Biden on social media.

“You turned your back on my son, on all of our Heros!!! [sic] you are leaving the White House one way or another because you do not belong there!MY SONS BLOOD IS ON YOUR HANDS!!! All 13 of them, their blood is on your hands!!!! If my president Trump was in his rightful seat then my son and the other Heros would still be alive!!!! You will be seeing me again very soon!!!” 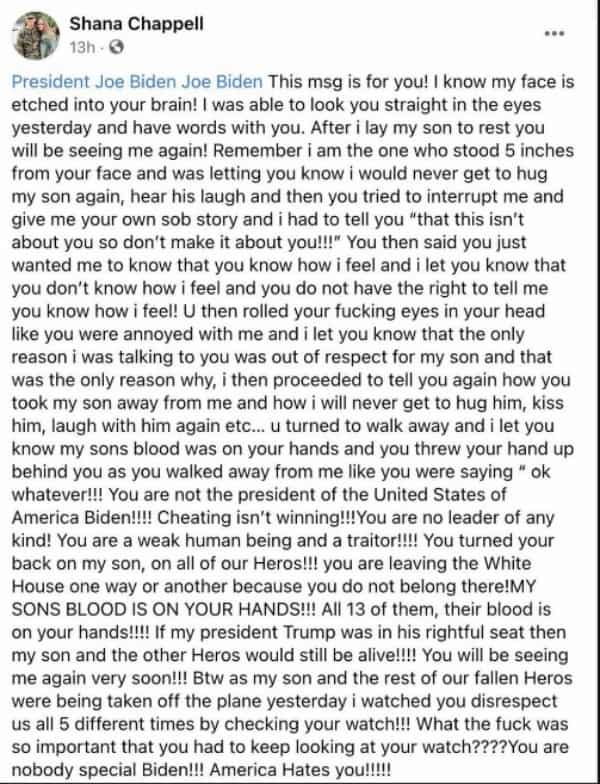 Facebook grants 5.8 million users a VIP pass that allows them to break content moderation rules unlike other users

Media companies in Australia can be sued over comments posted by any user on their Facebook pages, Australian court rules