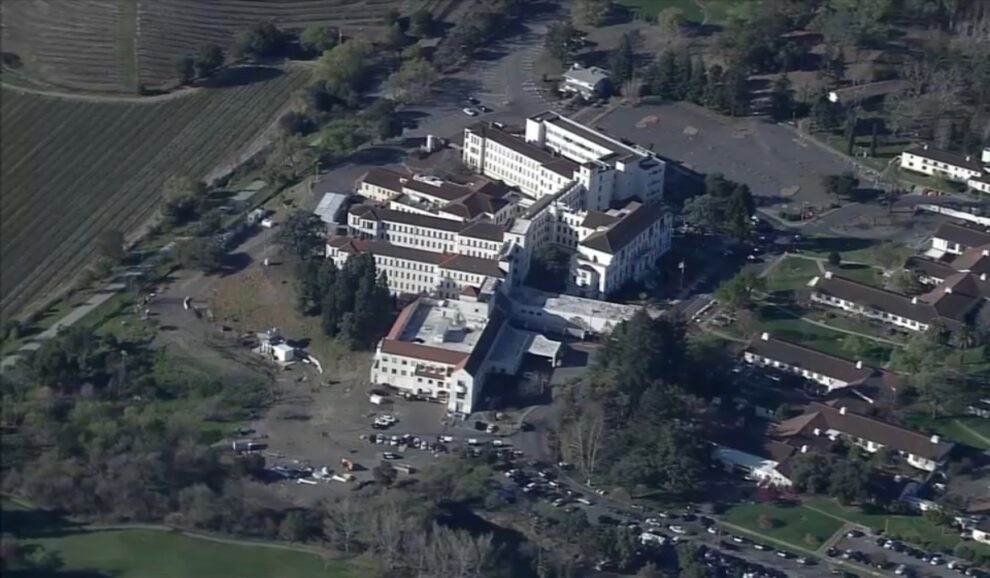 Reports of a possible active shooter at Veterans Home in Yountville, California.

The Napa County Sheriff’s Office on Tuesday advised people to avoid the area by the Yountville Veterans Home. According to the authorities, they are probing reports of an active shooter.

The California Highway Patrol reported at around 8 a.m. that “there is a police presence at the Yountville Vets home for a person with a gun.”

A CHP spokesperson said it wasn’t known whether shots had been fired but there was a “possible active shooter.”

Several reports suggest that the possible suspect was a woman. She was wearing scrubs and carried a shotgun in the vicinity of the Holderman building.

SWAT teams were present on the spot and nearby residents were shifted to a church on the campus to safely shelter-in-place. People residing near the home grounds were also asked to shelter in place.

According to KTVU, Jestina Connors told that her mother who is an experienced veteran receptionist at the veterans home called her this morning about 7:30 a.m. She said that she was hiding in her office.

“I’m terrified and worried,” the younger Connors said. “I was scrambling for any information I could find.”

Both women were on campus when the veterans home witnessed the scene of three murders in March 2018. Albert Wong, a veteran of the Afghanistan war fatally stabbed three healthcare workers there before he committed suicide. Wong had been expelled from the home before the shooting.

The Veterans Home of California in Yountville is owned and run by the state. It is the largest veterans home in the United States. Last summer, it sheltered around 730 residents and employed about 850 people.

UPDATE 14:15 EST: The search for a possible armed suspect at the Veterans Home of California in Yountville may be winding down as law enforcement vehicles can be spotted leaving the area.