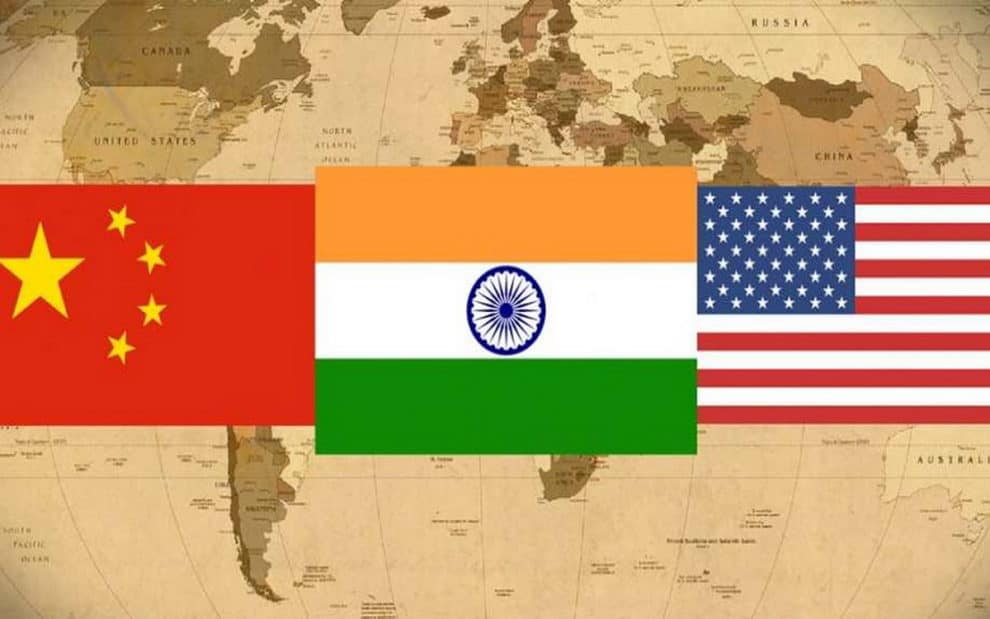 With the aim of countering China, American’s generosity and cooperation have witnessed exponential growth with India. Whether it is the civil-nuclear deal or Major Defense Partner (MDP) agreement, the US support for India joining the NSG (Nuclear Supplier Group) or the Indo-Pacific Defense Alliance, the Framework for Defense Cooperation (Defense Technology and Trade Initiative [DTTI]), sale of modern defense technologies and weaponry, technical and economic assistance, trade concessions, educational cooperation for joint research and Innovation, or training of human resources, all aim to help India counter China’s rapid rise. On the political front, American support for India joining the United National Security Council as a permanent member or joining the NSG (Nuclear Supplier group are all aimed at uplifting India.

India has become the second-largest beneficiary of US assistance and support after Israel. Be it political support or diplomatic, materialistic, or educational, all are aimed to uplift India to a level where it can counter China.

With the US having done all this, will India meet the US’ expectations at a critical moment when it needs help? Is the US extending all generosity to India for nothing? Is India capable of digesting all the help provided by the US? Is India sincere with the US? What is the track record of Indian loyalty?

India was a traditional ally of the former USSR and one of the biggest beneficiaries of its alliance till the disintegration of the former USSR in 1991. India milked the former USSR as much as possible but turned away when it was in crisis and could not help India anymore. India was a close partner with the USSR in all anti-US strategies. But after the disintegration, India marketed itself toward the US and gradually gained sympathies from it, and has grown into the second-largest beneficiary of US assistance already.

India is a very complex society with its four caste system and numerous minorities. Religiously, they worship anything stronger than them, and if they think someone is weaker or cannot give them any benefit, just throw them away. Indian history is full of disloyalty, selfishness, betrayal, and dishonesty. Chanakya said: “If the enemy is strong, then follow his advice; if weak, then strike him”. The Indian Army is brave in front of unarmed Kashmiri civilians, but cowards when facing the professional Chinese Army.

India is facing huge domestic problems like poverty, lack of education, poor healthcare, etc. But most severe is extremism, especially since the ruling party has a history of extremism, violence, hate, and terrorism. Even the ruling Prime Minister was refused the issuance of a visa by the US authorities due to his alleged involvement of supporting violence against Muslims in Gujrat state where he was Chief Minister in 2002. Europe had also banned his travel to several countries on similar charges.

Indian atrocities in Kashmir and its refusal to implement the UN Resolutions on Kashmir for the last seven decades have exposed the ugly face of India to the international community. Injustice and extremist practices have generated several uprisings in the country, and separatist movements are at a peak. Be it the Sikh freedom movement, Mao’s struggle, Assam, Kashmir, or Nagaland, India is committed to suppressing them all.

A disgruntled Army, aged equipment, and poverty may not allow India to contribute anything to the US when they need any help from it.

The Americans have invested heavily in India with an expectation to counter China, but India used all its resources gained from the US against Pakistan, yet they still could not compete with Pakistan. There is no possibility at all that American’s dream of India “countering China” will come true.

Pakistan was a very close ally of the US for almost seven decades and looked after American interests in the whole region. As a result, the Americans achieved their all strategic goals in this region. But since the last decade, the US opted to keep a distance from Pakistan and tilted toward India. In fact, the US has written off Pakistan completely and supported India out of the way. As a result, the US has been facing one failure after another. Although Pakistan is a comparatively small country with a population of 220 million and rather a weak economy, its geostrategic position makes its role pivotal and decisive.