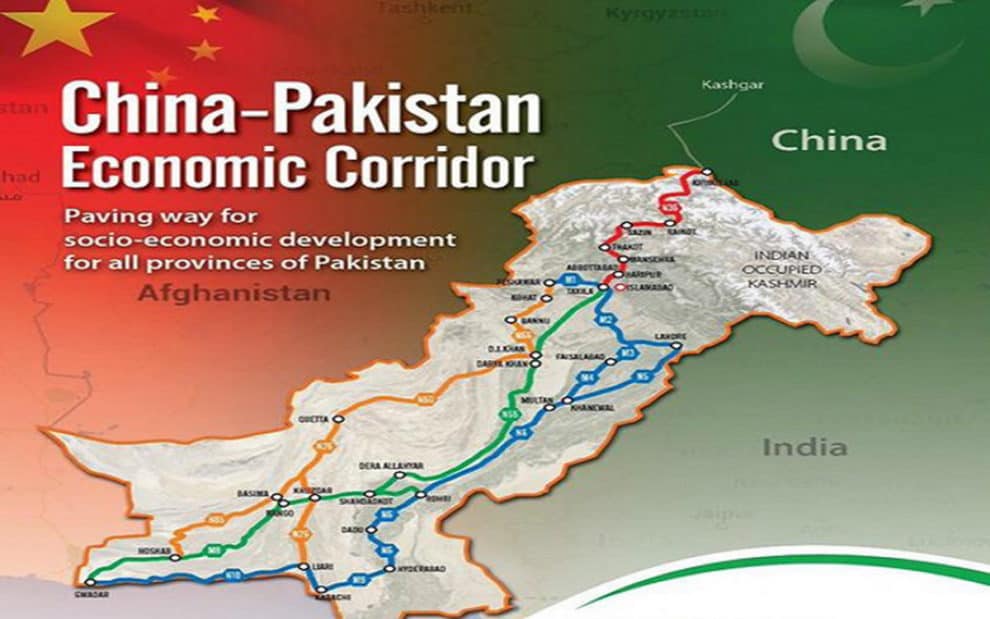 The government of Uzbekistan has expressed its willingness to utilize Karachi and Gwadar ports for its trade operations and requested Pakistan’s support for accession to the Quadrilateral Traffic in Transit Agreement (QTTA). The QTTA, under CPEC, provides an alternative route bypassing Afghanistan and relying on the Karakoram Highway via China to reach the Central Asian states. Pakistan plays a significant role in QTTA and ensured support to Uzbekistan in this regard.

CPEC and the global trade routes

CPEC has the potential to change global trade routes and trends. Under CPEC, Pakistan has built a vast network of motorways and highway along the length and breadth of the country. The development of the transportation sector made it possible for logistics and cargo services to become quick, convenient, and affordable. It has resulted in enhanced economic activities.

The development of the Gwadar deep seaport is a mega achievement under CPEC. It is the largest deep seaport in this whole region, with a capacity of 400 million tons of cargo per year upon completion. The number of berths will reach up to 150 by 2045. It will be capable of handling the following types of ships: Phase I (Current): Bulk carriers of 30,000 Deadweight tonnage (DWT), and container Panamax vessels of 52,000 (DWT), Phase II (Proposed): 200,000 (DWT) Neopanamax vessels and Phase III (Proposed): 400,000+ (DWT) Chinamax (Valemax) vessels, and TI-class supertanker. While it is still in the development stage, it’s partially operational and already being used for international trade.

ML-1 is a railway project under CPEC to upgrade the railway tracks, establishing new routes, and replacing them with a modern state-of-the-art railway network to boost the transportation sector and promote huge economic activities.

Pakistan is blessed with rich natural resources such as diversified minerals and the mining sector is one of the basic strengths of Pakistan. Agriculture is the backbone of our economy. Approximately 70% of the population is comprised of youths under the age of 40, and a qualified workforce ensures a bright future for Pakistan. English is widely spoken in Pakistan and its people have a long history of interacting with foreigners. Pakistani society is friendly and peace-loving and can absorb foreigners easily. The law and order situation has improved a lot, flexible and friendly policies were introduced. As a result, Pakistan’s economic outlook gained recognition.

Recent Moody’s ratings on Pakistan are encouraging. The IMF, World Bank, and other international financial institutions have shown confidence in Pakistan. Economic indicators are gradually improving. The flow of foreign investment is growing at a good pace. Pakistan is a moderate, peace-loving nation and respects international norms and practices. Pakistan was founding member of GAAT and WTO, and signatory of almost all international agreements, protocols, and frameworks.

The China-Pakistan Economic Corridor (CPEC) was initiated with an investment of $46 billion, enhanced to $62 Billion, and may also increase in the future. Saudi Arabia has pledged to invest $20 billion in constructing an oil city near Gwadar, Russia made a similar pledge, and the UAE is also willing to invest heavily as well. Japan, South Korea, and Malaysia have a keen interest in investing in Pakistan. The EU is working with the Pakistani authorities on several projects. The US has planned to send high-level trade delegations with plans to invest heavily in Pakistan.

Pakistan’s liberal and flexible policies, an abundance of raw materials, a qualified yet competitive workforce, and its geostrategic location – connecting with almost half of the world — are the decisive parameters for multinational companies and investors. Pakistan itself has a population of 220 million – a considerably large market. However, the 1.2 billion and 1.4 billion person markets of India and China are also in the neighborhood. The Middle East, Africa, Europe, Central Asia, and East Asia are easily accessible markets from Pakistan too.

Pakistan is ready to take off economically and has the potential to contribute to global trade and economy. Pakistan is transforming from a geopolitical hub into a geo-economic one.