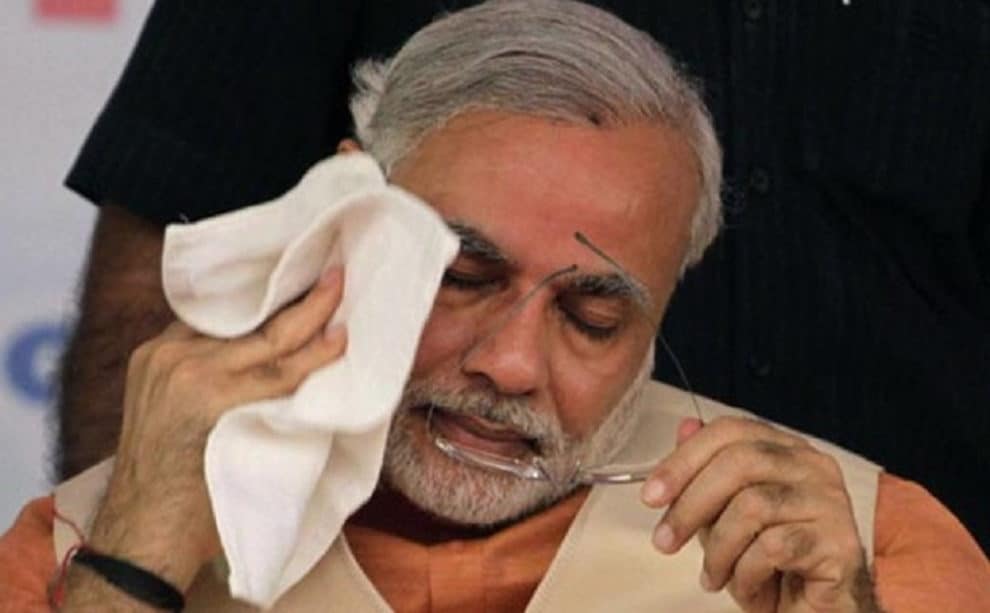 There’s nothing new to say about India-Pakistan relations, which were always at odds since getting independence from the British Empire in 1947. But under PM Modi, the deterioration in relations was never experienced like this before. While under Congress rule, there was always communication, either through open channels or backdoor diplomacy.

India has disputes and tensions with all its neighbors. With China, border disputes and the Tibet issues are the major cause of tensions. Although India played a role in the creation of Bangladesh, due to the Citizenship Amendment Act, there are around two million Muslims in West Bengal states in India that are under threat of losing their nationality and being pushed into Bangladesh. A widespread protest in Bangladesh forced PM Modi to cancel his planned visit to Bangladesh. India was supporting Sri Lankan insurgents and terrorist groups, and spoiled relations. Nepal, a country under Indian influence for a long time, has tilted toward China due to the suspension of food, fuel, medicines, and electricity supplies by India at a critical moment. Myanmar is also not happy with India on the Rohingya issue and border disputes. Due to over demands, relations with the Maldives are also soared.

Over-meddling in Afghanistan’s domestic affairs has resulted in an odd situation. Malaysian PM showed solidarity with the oppressed people of Kashmir, and as an over-reaction, India spoiled its relations with Malaysia. On similar grounds, relations with Turkey have soured. Iran was one of the biggest oil suppliers to India and a substantial trading partner but severed its relations with it due to the country’s strong tilt toward America and rising cases of human rights violations and discrimination against Muslims in India.

Calling on the Indian government to take steps to protect Muslim minorities who are being “negatively profiled,” facing “discrimination and violence” amidst the COVID-19 crisis, the 57-member Organization of Islamic Cooperation (OIC) has criticized what it called “growing Islamophobia” in India. The Middle East was a major source of foreign exchange earnings for India, as around 10 million Indians, mostly Hindus, were working in the oil-rich Middle East. The Middle East was a major trading partner of India, with a heavy trade surplus in India’s favor. Relations with the Middle East have since visibly deteriorated.

The US Commission on International Religious Freedom has re-entered India into its list of ‘Country of Particular Concern’ because of the Modi government’s policies and treatment towards the Muslim population. “Perhaps the steepest, and most alarming deterioration in religious freedom conditions is in India,” USCIRF Vice Chair said after the release of the Commission’s annual report.

Human Rights Watch has identified India as the worst country in respect to human rights violations. Many international NGOs and human rights organizations are monitoring the situation and reporting to the respective governments and publishing in the open media.

The BBC’s Rajini Vaidyanathan reports that “With an increase in hate crimes against Muslims in India in recent years, some fear the world’s largest democracy is becoming dangerously intolerant under the Hindu nationalist Bharatiya Janata Party (BJP).”

Problems with UK and Canada

A Labor Party Member of the British Parliament Debbie Abrahams, who chairs a parliamentary group focused on occupied Kashmir, was unable to clear customs after the valid Indian visa she presented was rejected on her arrival at New Delhi’s Indira Gandhi International Airport in February this year.

Canada has refused to grant a visa for military personnel involved in atrocities in Kashmir and war-crimes against humanity. Ravi Hooda is an Indian Man, he has lost his role as a school council chair and his job at a real estate company in Ontario, Canada, over an Islamophobic tweet he posted last week. He was guilty of spreading hate and discrimination in Canadian society.

Since PM Modi came to power, his extremist and discriminatory policies have harmed the country a lot. He has promoted hate, intolerance, and extremism in the country. Under PM Modi’s rule, India has been exposed already and the labels of the “largest democracy and secular India” have been turned into history. Today, India is not a safe place for minorities and especially for Muslims. Human Rights Watch has reported India as the worst country in respect to human rights violations. Religious freedom has absolutely vanished. PM Modi is pushing India toward isolation from the international community and it might, therefore, face a big disaster. I am afraid that he might end up with only two personal friends: President Trump and PM Netanyahu of Israel.