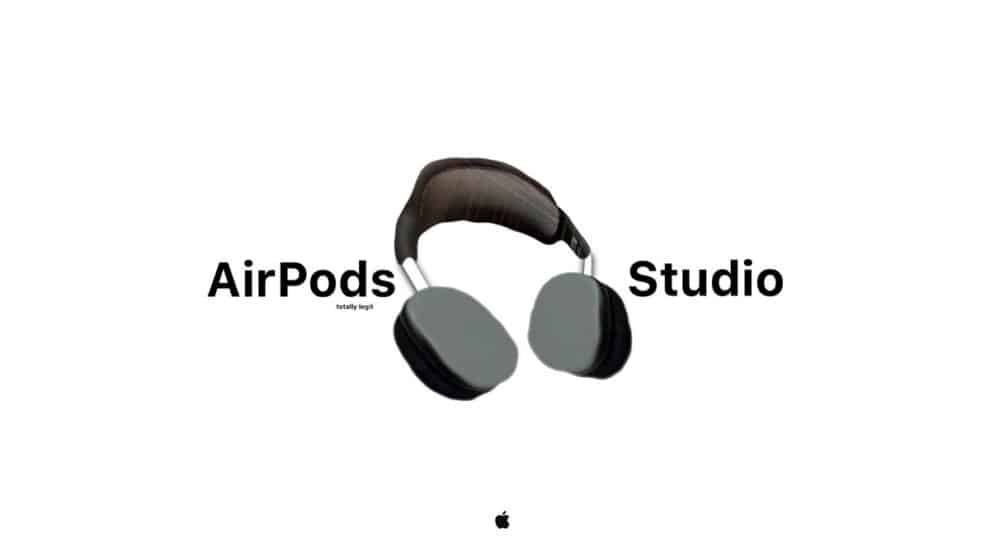 A leak surfaced on Twitter today, the leak revealed a first-ever glimpse of Apple’s oft-rumored “AirPods Studio”, the first-ever, over the ear headphones manufactured by Apple. The leaked photo shows the AirPods Studio ‘sports’ version of over the ear headphones featuring a mesh design of sorts. The viral leak was posted by the @choco_bit account.

According to a report by Bloomberg, Apple is in the process of developing at least two variants of its much anticipated over the ear headphones. The premium variant comes with “leather-like fabrics” and could be used casually. The AirPods Studio sport design uses light breathable materials with small perforations, specially designed for workouts and sports. Today’s leaked image purportedly features the AirPods Studio sport version.

Personally not impressed, looks too much like 2 Palm Pre's attached to 2 tuning forks :/ hard to unsee

Looks a lot like what @markgurman described in April, but with homepod mesh pic.twitter.com/dzAufRRl7m

The leaked photo shows the sport variant of AirPods which looks exactly how they were explained by Bloomberg. “Prototypes of the headphones have a retro look with oval-shaped ear cups that swivel and a headband connected by thin, metal arms,” the report explained back in April.

Reports suggest that the AirPods Studio will also be able to customize the earphones with a modular design. This will allow users to customize their headphones by swapping the magnetic ear pads and detaching the headbands. This could mean that the headband and ear pads in the above image could be swapped with leather materials for a different look. Users have the discretion to pick and choose their own personal style.

One of the most interesting features is that AirPods Studio will play or pause content when they detect being placed on your head. This is amazing because the music will be paused automatically as soon as the AirPods have been lowered to talk to somebody or hear nearby sounds, without having to manually pause the music. Neck detection can be used to keep the headset turned on while the music is paused, just like when you take just one of the AirPods out of the ear.

Another notable feature of AirPods is the custom equalizer setting. 9to5Mac has been successful in finding evidence of AirPods Studio in iOS 14 beta code, including assets showing at least two different color options for the new earphones. As for the price, rumors suggest the headphones will cost $349. There is absolutely no speculation on price yet, but if we look at the competition from companies like Sony and Bose, the price is likely to be somewhere in the $350 – $450 ranges which is highly reasonable.

It is still unknown when Apple will release the much anticipated AirPods Studio to the public. Rumors indicate that the release is likely to happen before the end of this year. Apple has been highly secretive regarding its latest accessory.