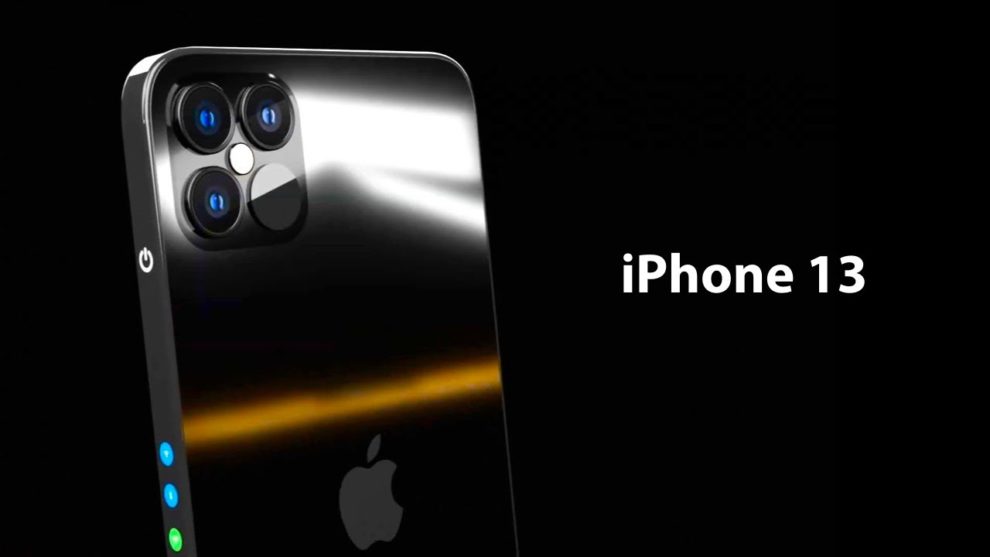 Apple has officially launched the iPhone 12 series. There are as many as four devices in the line-up. It has something for everyone if you have the money. But we argued earlier that the iPhone 12 series is merely an incremental upgrade. Unless you desperately need a new iPhone, it makes more sense to wait for the iPhone 13 rather than buying the iPhone 12. We have gathered some interesting information for our readers by looking at the latest news and rumors on the 2021 iPhone 13. Leaks and rumors indicate that the next year’s iPhone 13 is going to be an exciting upgrade.

There’s no official word on the release date of Apple’s iPhone 13, we can still make a guess. If the device follows the same pattern as the previous releases, we might be seeing it on the last Friday of September 2021. However, there’s a possibility that coronavirus might affect the release date. In that case, we might have to wait till the end of Q4 2021 to see it roll out.

According to reliable Twitter tipster Ross Young, Apple is preparing to launch four different models of iPhone 13 next year. The tech giant will also launch a third-gen iPhone SE in the spring of 2022. Young has learned from his sources that the iPhone 13 series would get integrated touch panels based on Samsung’s Y-Octa technology.

Young added that Face ID will be a standard across all four iPhone 13 models. However, the Time of Flight camera sensor will be available only on the Pro models.

Here are a few of the futuristic features that we expect Apple to release with the 2021’s iPhone.

TF International Securities analyst Ming-Chi Kuo has told investors that the 120Hz refresh rate will arrive with the iPhone 13 next year. There are issues with battery life when using the 120Hz display, which Apple hasn’t yet resolved. Most Android vendors including Samsung and OnePlus have already been offering a 120Hz refresh rate on their flagship phones.

Reputed Twitter tipster Jon Prosser has also said that Apple will finally include a high 120Hz refresh rate on the iPhone 13. The iPad Pro supports a blazing fast 120Hz refresh rate, but the latest iPhones lack the feature. It left many fans disappointed, especially those who love playing games and watching videos on their smartphones.

No Lightning Charging Cable And Holes

Replying to YouTuber Sam Sheffer, the ever-reliable Twitter tipster Jon Prosser said that Apple might ditch the USB-C port for good. Several experts believe that the Cupertino company would move to the universal USB-C port with the next year’s model. The latest iPhone 12 still uses the Lightning connector.

However, Apple could get rid of the USB-C port and move entirely to the MagSafe ecosystem. The Cupertino company has introduced MagSafe to enable wireless charging and attach compatible accessories. Jon Prosser even claims that the iPhone 13 may not have a port at all. It would be interesting to see how MagSafe evolves over the next year.

Reliable Twitter tipsters Jon Prosser and Ice Universe have learned from their sources that Apple will do something about the controversial notch. We can expect the notch to get smaller next year. If you are hoping for a fully notch-less experience, it might not happen with iPhone 13.

Twitter tipster Ice Universe has earlier said that Apple is working hard to overcome the challenges of the under-display camera technology and the foldable screen technology. If Apple succeeds in developing the technology, it could ditch the notch and place the camera and other Face ID sensors under the display. It will be challenging for the tech giant to place all the components under the screen without affecting the speed or accuracy of Face ID.

Apple-focused Japanese blog MacOtakara has obtained a leaked prototype of the 5.5-inch iPhone 13. MacOtakara got the prototype from a source at Alibaba. The device no notch. Its screen is only slightly larger than the 5.4-inch of the upcoming iPhone 12.

Both Jon Prosser and Ice Universe have now said that the notch would get smaller on the iPhone 13. It’s not going anywhere. However, the two tipsters disagree on how the notch would become smaller. Jon Prosser argues Apple will reduce the width of the iPhone 13 notch, making it shallower. But Ice Universe said the company will reduce the height (horizontally).

It’s possible that Apple is testing a variety of different prototypes. So, both Ice Universe and Jon Prosser could be right at this stage. The tech giant might decide later which prototype would enter mass production. Apple could even surprise us by placing the camera and Face ID sensors under the display.

According to display specialist Ross Young, the iPhone 13 series would bring back the Touch ID fingerprint sensor alongside the Face ID. Apple would adopt LTPO panels that enable the 120Hz refresh rate. The iPhone 12 still has 60Hz refresh rate when most of its competitors have moved to 120Hz.

According to Young, the Touch ID fingerprint sensor could be placed under the display. Apple is unlikely to bring back the Home button.

However, a new report from Apple leaker Jioriku suggests that the iPhone 13 won’t feature an under-screen Touch ID sensor. Jioriku claims to have seen an early iPhone 13 prototype that they described as “basically a 12 with extra steps.”

It’s worth pointing out that the Cupertino company designs and tests multiple prototypes of new iPhone models before bringing the device to market. So, the iPhone 13 could still feature the in-display Touch ID sensor. The company could also choose to integrate the fingerprint sensor into the lock button or on the side of the phone.

Twitter tipster Fudge has revealed that the iPhone 13 could sport a four-camera setup on the back. Fudge is the same Apple leaker who recently spilled the beans on iPhone 12 schematics and Apple’s wireless charging plans hidden in the iOS 14 beta code.

It will also likely get a LiDAR scanner similar to the 2020 iPad Pro, which will significantly enhance its augmented reality capabilities. It’s extremely early to start talking about the iPhone 13 camera. So, this report should be taken with a pinch of salt.

According to Fudge, the iPhone 13 would sport a 64MP wide-angle camera with up to 6x digital zoom. There will also be a 40MP telephoto lens with 3x to 5x optical zoom and 15-20x digital zoom. Another 40-megapixel 0.25x ultra-wide zoom lens will be capable of shooting twice as wide as the iPhone 11. One of the most notable changes will be the 64MP anamorphic lens.

In his latest research note to investors, TF International Securities analyst Ming-Chi Kuo said that the iPhone 13 would see a major improvement in the camera department. The ultra-wide-angle camera on the iPhone 13 Pro and 13 Pro Max would be upgraded to f/1.8 aperture and six-element lens with autofocus.

By comparison, the iPhone 12 Pro’s ultra-wide-angle camera has a fixed focus, five-element lens, and an f/2.4 aperture.

A new report says iPhone 13 is likely to have Periscope lenses. Apparent from the name, these lenses will employ mirrors in order to achieve a much higher optical zoom. A much higher optical zoom in a tiny package! This technology has already made its way into a few other smartphones. The Huawei’s P40 Pro Plus also uses a periscope lens that results in a remarkable 10x optical zoom, the lens is able to do this without a loss in quality. If combined with a digital zoom, this lens can even achieve 50x optical zoom.

Meanwhile, a report from DigiTimes suggests that the iPhone 13 cameras could use the liquid crystal polymer (LCP) circuit boards. It would allow high-resolution images to be transmitted at higher speeds than ever before. It will prove particularly useful in live streaming video over 5G or in augmented reality applications.

Apple fans will be eager to know if the iPhone 13 camera will be as good as DSLR. The tech giant is rapidly closing the gap between smartphones and DSLRs. There are also tons of photo editing apps that have made the iPhone a popular device even among professional photographers.

There’s a slim chance that iPhone 13 will be coming with an Apple-designed 5G modem. Recall that there has been a patent dispute between Apple and Qualcomm in the past. Because of that, the company had to go ahead and purchased Intel’s modem business for $1 billion, earlier this year. In April, both companies have dropped the legal squabbling and are already working together. Meaning that Apple has started getting its iPhone modems from Qualcomm.

However, considering their past disputes, Apple is more excited and comfortable when it’s designing its own chips, instead of working with Qualcomm. That may have contributed to why the Cupertino company has decided to take the business seriously by leaning on its modem group in San Diego.

Of course, it won’t be easy for Apple to bring a new modem to the finish line before it releases the iPhone 13. But there’s still a possibility that the company might consider it for the Q4 2021 devices. That certainly depends on how fast the modem group are able to finish up with the project.

Ability to power the MacBook – Patent

Apple has been laying the groundwork to make the 2021 iPhone 13 capable of powering the MacBook. The idea seems outrageous. But folks at Patently Apple recently spotted an Apple patent that describes a hybrid design. According to the patent, the iPhone would sit where the trackpad is on the MacBook. The smartphone can also be used as a trackpad.

If Apple implements this patent into its upcoming product, it would transform the way we use the iPhone and MacBook. The iPhone 13’s hardware and software could be fully capable of running a MacBook-like shell. Apple originally filed the patent in September 2018 and has recently updated it. It signals that the company is seriously exploring the idea.

The technology is similar to Razer’s Project Linda concept, which was showcased at the CES 2018. The Cupertino company has already announced that the future MacBooks will run its own ARM-based custom chips, ditching the Intel processor. The in-house chip will allow Apple to tightly integrate MacBooks with the iPhones, iPads, and Apple Watch devices.

Using its own chips, Apple could integrate the iOS and macOS at the chip level. The iPhone 13 is still more than a year away, giving developers plenty of time to build apps that work seamlessly across iOS and macOS. If it happens, the iPhone would run iOS when used as a smartphone. But once you plug into a MacBook-like shell, it would run macOS and also work as a trackpad.

Of course, it could hurt the iPad Pro sales. Apple has been pitching the iPad Pros as the perfect laptop replacement. But then Apple has the habit of killing its darlings by introducing something even more amazing.

A unified ecosystem of products and services

Apple has launched a bunch of services in the last few years including Apple Arcade, Apple Music+, Apple TV+, Apple News, and others. The company has beautifully integrated its products and services to keep users tied to its ecosystem.

Currently, Apple charges a separate fee for each of its services. Bloomberg has learned from its sources that the tech giant is preparing to bundle all of its different services into a single ‘Apple One’ subscription service. The bundle will reportedly be cheaper than paying for all the services separately. It will help Apple compete better with Amazon Prime. It will allow the iPhone 13 owners to pay a single fee to access all of Apple’s services.

The iPhone 12 Pro Max possessed a 47 percent bigger sensor. However an acclaimed display analyst, Ross Young has predicted that the camera sensor size in the upcoming iPhone 13 and iPhone 13 Pro will significantly be bigger in size.

Although Young has not specified which of the three cameras will come with a larger sensor. A larger sensor entails larger pixels. This essentially means that the sensor would be able to efficiently collect more light. More light will automatically result in materially improved image quality.