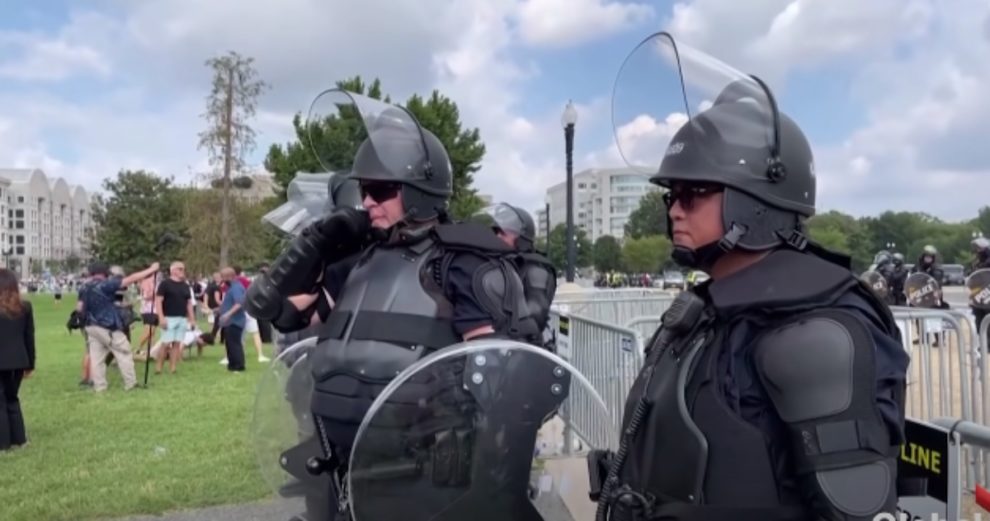 Protesters were vastly outnumbered by police and the media around the United States Capitol on Saturday during a rally attended by supporters of the people who breached the building on Jan. 6.

A peaceful right-wing rally was held near the long fencing of the US Capitol, amid high police alert and a tight media presence, in protest of the treatment of January 6 rioters.

On Saturday afternoon, a small crowd gathered in a small park with a clear view of the Capitol, far fewer than the number estimated by authorities, according to the Xinhua news agency.

The Department of Homeland Security reportedly expected 700 protesters to attend the event.

In preparation for any violence, many more police officers and vehicles were seen on closed roads near the Capitol.

According to Police Chief Robert Contee, an increased police presence may have kept the number of rally attendees down.

NBC News reported that Capitol Police arrested a man with a knife for a weapons violation less than one hour before the rally began.

According to media reports, more than 600 people have been arrested since the January 6 Capitol attack, with more than 50 of them pleading guilty to federal crimes.

A mob of Trump supporters stormed the Capitol in an attempt to prevent Congress from certifying President Joe Biden’s 2020 election results.

Five people were killed in the riot, which was later declared an insurgency, including a Capitol Police officer.