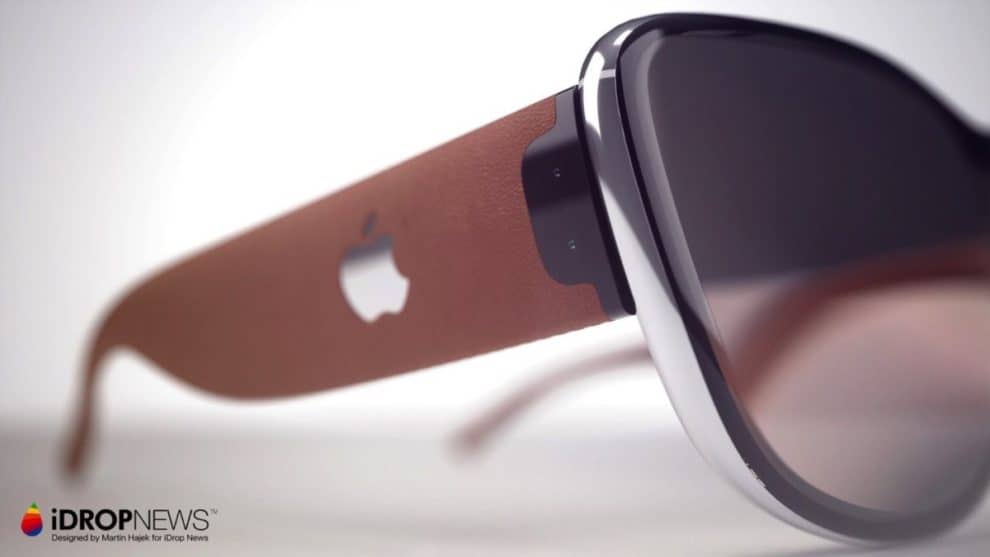 Unarguably, augmented reality (AR) and virtual reality (VR) are the next big thing in the technology industry. Apple has been exploring these amazing technologies for a long time. With the launch of the ARKit, the company seems to have grown a much stronger interest in them. We’ll likely be seeing more of VR/AR products, including headsets and glasses from Apple sooner than later.

In this article, we’ll be looking at everything about the Apple Glasses, including its release date, price, leaks, and rumors.

Rumors have it that Apple has a secret research unit working on utilizing AR and VR technologies for its future products, including glasses and headsets. However, it’s uncertain whether or not the AR glasses and the VR headset are both different projects.

One of the problems with augmented reality and virtual reality headsets is that not all users have the same vision. A large number of the population use contact lenses or glasses to correct their vision. And when they want to use an AR/VR headset, they have to remove their glasses or contact lenses. It affects their vision and prevents them from enjoying the AR/VR experience.

Apple appears to have found an innovative solution to the problem. The US Patent and Trademark Office (USPTO) has granted a patent to Apple that describes a method to eliminate the need for prescription lenses. The patent is titled “Head-mounted display apparatus for retaining a portable electronic device with display.” 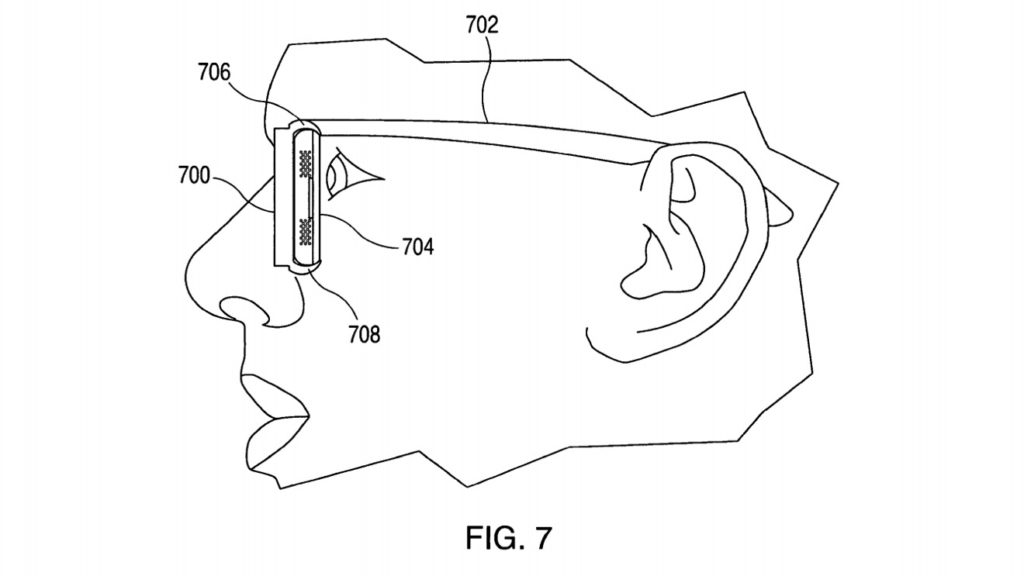 According to the patent, the Apple Glasses will automatically adjust to your eyes to correct the deficiencies in your vision. You won’t need prescription lenses. Illustrations in the patent documents show a smartphone sliding into the frame. The iPhone will fit in front of the user’s eyes and can be used as a display.

Apple says the new technology could be used for a general headset design and headsets with a “cellular telephone having a display.” The tech giant places optical elements between your eyes and the screen. And these optical elements can be adjusted automatically to focus on the screen correctly. It will make the display appear farther away from your eyes. The optical elements will include a light source, a mirror, a lens, a diffuser, and a light guide.

You’ll have to provide your prescription details for the Apple Glasses to adjust the optical parts to your specific vision. Then you can enjoy the augmented reality experience without any vision issues after removing the glasses or contact lenses. For people who have a normal vision, the Apple Glasses will default to the “standard” setting.

It’s worth pointing out that the patent is no guarantee that the feature would make it to the final version of Apple Glasses. The Cupertino company files hundreds of patents every year. Only a small number of them find their way into Apple’s products and services.

Jon Prosser, a reliable tipster, and host of the YouTube channel Front Page Tech, has leaked a bunch of details about the upcoming Apple Glasses. Prosser has learned from sources that the wearable device will be called ‘Apple Glass.’ He described it as Apple’s “most mysterious product ever.”

Glasses will rely on iPhone

Just like the original Apple Watch, the Glasses will rely on the iPhone. He noted that an early prototype of the wearable device featured wireless charging and LiDAR technology. But it’s too early to say whether these features will make it to the final product.

The iPhone maker was originally planning to launch the Apple Glasses as a ‘One More Thing’ at the iPhone launch event later this year. According to industry analysts, this year’s iPhone launch has been pushed back from September to October due to supply chain disruptions caused by the coronavirus pandemic.

Prosser now expects Apple to unveil the Glasses between March and June of 2021. The device could hit the store shelves in 2022. TF International Securities analyst Ming-Chi Kuo has said that the Apple Glasses would launch in 2022 at the earliest. The roughly one year of gap between the 2021 unveiling and 2022 launch would allow developers to create apps and experiences for the new platform.

Apple is also working on a separate augmented reality headset similar to the Oculus Quest. Past reports have indicated that the AR/VR headset would arrive before the Apple Glasses. Recently, an iOS 14 leaked build contained an app code-named “Gobi.” Apple is reportedly using ‘Gobi’ to test its augmented reality experiences.

A few years ago, there’s a report from Bloomberg that Apple was planning to explore smart glasses. However, with two recent reports coming from reliable sources in less than a week, there’s a higher probability that we’ll be seeing the AR glasses in the coming years. In one of them, Ming-Chi Kuo, an analyst at TFI Securities says Apple glasses are still in the development stage. However, the analysts added that the glasses won’t launch until 2022, at the earliest. The report also claims that the Apple glasses will be expensive to manufacture because of its multi-layered strategy to offer innovative AR/MR user experience.

On the other hand, Jon Prosser reported, shedding more light on the release date of the AR product. In Prosser’s words, the AR glasses will debut in 2021, most likely at Apple’s Worldwide Developers Conference. However, he added that the device will not be up for sale until 2022. According to Prosser, there’s always a long gap between the announcement of a new product and its release date.

Furthermore, he added that he has a video of the Apple glasses, but he’s yet to publish it. According to his reason, he stated that the color of the prototype in the video could reveal which one of the Apple teams leaked it. He added that before publishing the video, he’d have to make the video into black and white. That’ll help to avoid compromising the source of the video leak.

Finally, Prosser concluded by addressing the issue of prescription lenses coming with the Apple glasses. He said there’s 99.9% assurance they’ll come with it.

Although there’s yet to be an official announcement as to the price of the upcoming Apple glasses, we can still make some pretty close guesses. Firstly, there’s a high probability that the glasses would not be as expensive as that of Microsoft HoloLens 2 headset with a price tag of $3,500. Well, there’s a reason why the VR headset device is expensive. That’s because it includes a PC that allows customers to use the device untethered.

According to what Kuo said, the Apple glasses will have a much lesser complexity compared to the Hololens 2. And that’s because the giant company has plans to offload all the processing to the iPhone. With that, we can expect that the device will come at almost the same price as that of Vuzix Blade smart glasses, with a starting price of $799. 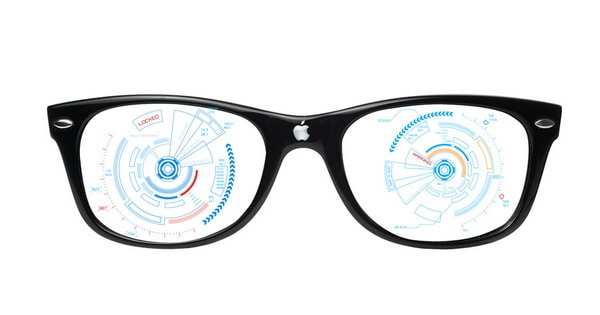 According to a patent, Apple has plans to use holographic technologies, in combination with a skew mirror. Let’s look at how it works below:

The patent says that Apple might place a small holographic projector inside the rim of the AR glasses. That’ll enable the device to receive projected images on its surfaces. The patent revealed that the glasses will utilize several skew mirrors. They will help to direct colors to the user’s eyes from the projector.

It’s uncertain how Apple will design the upcoming AR glasses. However, since the device isn’t going to be standalone, we should expect it to be much lighter than the HoloLens 2. According to Kuo, the device will not come with CPU, processing memory, storage, and GPU. It’ll only make use of the projector, wireless connection to your iPhone, and cameras. As such, it’ll come with a smaller battery, contributing to its lighter weight.

Here are some of what we think will come with the upcoming Apple glasses:

This article has been updated with the latest details on June 17, 2020