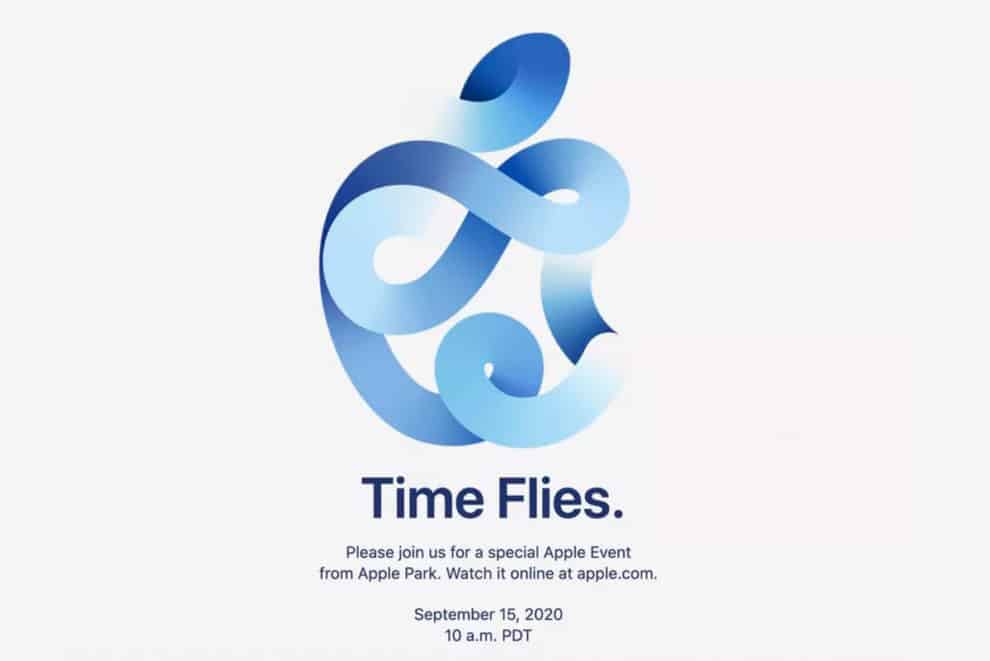 Just like every September over the last several years, Apple is hosting a big event. But this time it’s really different. The tech giant has sent out invites for its September 15 event titled ‘Time Flies.’ The Time Flies event is not going to be about the iPhone 12. Apple has already told investors that the next-gen iPhone would be delayed by a few weeks. But there will be some exciting announcements. Let’s check out the Apple event start time and how you can watch the live stream from the comfort of your home.

The big media event is set to start at 10 AM PDT (1 PM EDT) on Tuesday, September 15th. That’s 6 PM in the United Kingdom. The event will be free for all and anyone from anywhere in the world can tune in. Nobody is allowed to attend it in person.

Just like Apple’s WWDC event in June, it will be a pre-recorded presentation where Apple executives will announce the products and walk us through the features.

How to watch the Apple event live stream

If you are interested in watching the live stream of ‘Time Flies,’ there is more than one way. And all of them are pretty convenient.

The simplest way to watch the show is by visiting Apple’s YouTube channel on Sept.15 at 10 AM PDT. The Cupertino company also live streams its events on the Events page of its website.  Considering the effort Apple puts into its pre-recorded presentations, it’s good to experience it on a big screen.

If you own the Apple TV, you can watch the live stream via the Apple Events app. Also, Apple has its own streaming service called Apple TV+. The service is available on many smart TVs, Roku boxes, Apple TV, and smartphones. The streaming app will also have the option to stream Apple’s big event on Tuesday.

The ‘Time Flies’ event is going to focus on the Apple Watch Series 6, the new iPad Air, iOS 14, AirTags, MacBook, Apple TV, and a new subscription service bundle dubbed Apple One. In other words, you can expect tons of products and services except the iPhone 12 series.