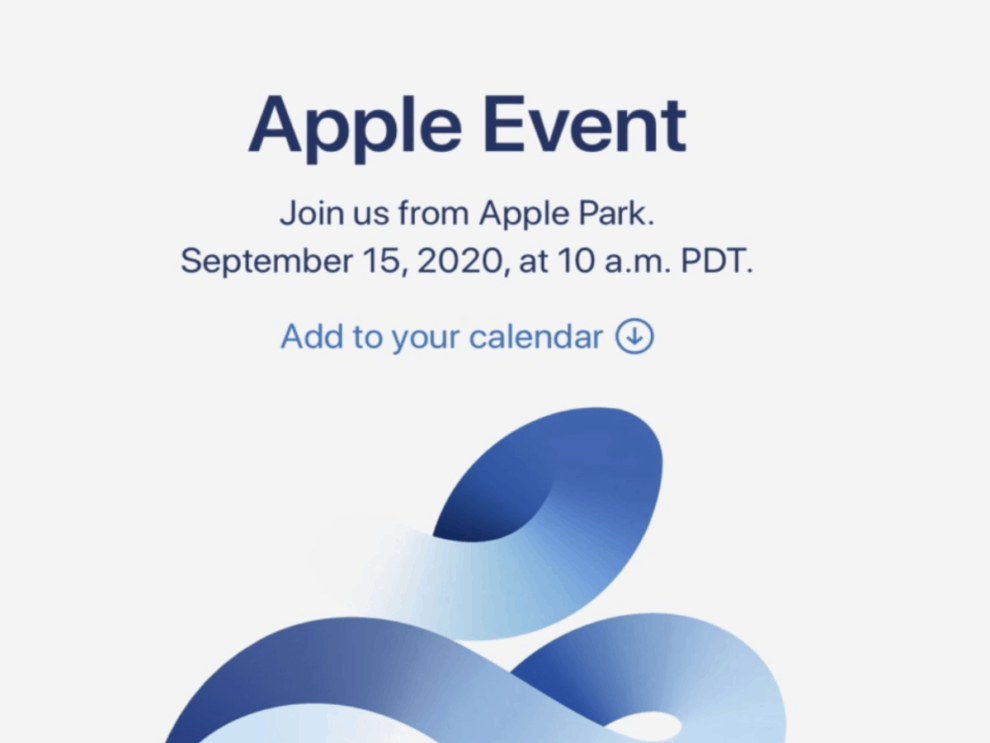 Apple announced a virtual event on September 15. It is expected that the launch of the iPhone 12 will not take place on this virtual-only event. Apple usually launches new iPhones in September during events that take place at its headquarters in Cupertino, California. However, this year the launch might be pushed ahead by a few weeks due to production issues in the wake of the Covid-19 crisis. It is anticipated that the launch of the iPhone 12 will probably be announced in October 2020.

What’s in store for the Apple event on September 15

Apple Watch Series 6 will be unveiled at the Apple event taking place on September 15. Apple may also launch a refresh to its iPad Air and other products. The virtual Apple event on September 15 is likely to be a huge hit for the fans of wearable gear.

The event is scheduled to start at 10 a.m. PT. Apple has not officially provided any additional details but it is obvious that the event will be streamed on multiple platforms online. The invitation to the event is titled, “Time Flies.” This is a subtle hint for the appearance Apple Watch Series 6 on the event.

Despite reports that the iPhone 12 may not be launched on September 15, users around the globe are still excited about the launch of Apple Watch Series 6. The latest watchOS 7 software has impressive features such as sleep tracking. The sleep tracking support will be available for the current Apple Watches, but this will just be a single highlight among many others. Rumors on social media also suggest that the new watch will detect blood-oxygen saturation levels.

iPhone 12 launch likely to be in October

In 2019, Apple reduced the price of Series 3 which made it a more affordable entry-level Apple Watch. Apple is likely to do the same this year by dropping the cost of the Series 5 and introducing it as a more affordable option to the new Apple Watch Series 6. Reports have also hinted that Apple will launch the new iPad Air on the September 15 event. The new iPad Air resembles iPad Pro with a screen that runs from edge to edge. However, it is possible that Apple will save that for an October event as it did in 2018 when it announced new iPads and MacBooks.

According to a Bloomberg report in August, Apple is also prepping to unveil a bundle of its services that are to be called “Apple One. ” This exciting premium bundle will include Apple Music and Apple TV among other features. Moreover, it will also allow users to avail other services such as the gaming service, Apple Arcade and Apple News+ for a premium experience. The new Apple News+ provides access to a large number of publications on the internet. According to rumors, Apple may also launch its new streaming workout classes as another subscription bundle.

Visible from the emphasis on wearable gear in the invitation, it is likely that Apple is saving the new iPhone for October.