The Apple Pencil, released for the first time in November 2015, is an Apple-designed stylus that works with some iPad products. This device got its name because it has a similar look to the traditional pencil. One highlight of Apple Pencil is its wireless pairing and charging capability. Yes, the device will allow you to connect to your iPad through Bluetooth. Unfortunately, if you’ve an Apple Pencil, there’s a high chance that you’re currently experiencing some issues when connected through Bluetooth.

Apple Pencil issues: device not working when connected via Bluetooth

In case you’re not aware; some Apple Pencil users have gone to various social media platforms and forums, complaining about facing some problems with the device. According to them, they are having issues having their Apple Pencil connected via Bluetooth to their compatible devices. Apart from that, some people, who were successful at connecting the pencil through Bluetooth, complained that their device doesn’t work.

Let’s have a quick look at some reports below:

According to @AaronNovak2, the Twitter user reported that he was experiencing issues having his first-generation Apple Pencil connected via Bluetooth.

Another Apple Pencil (2nd gen) user also complained of the same Bluetooth connectivity issue. Here’s what the user said regarding the problem below:

“Apple Pencil is not showing battery percentage, and it does not connect to Bluetooth. I forgot the device and now it is not detected anymore.”

You can check here (1,2,3,4) for more reports regarding the Apple Pencil Bluetooth issues. 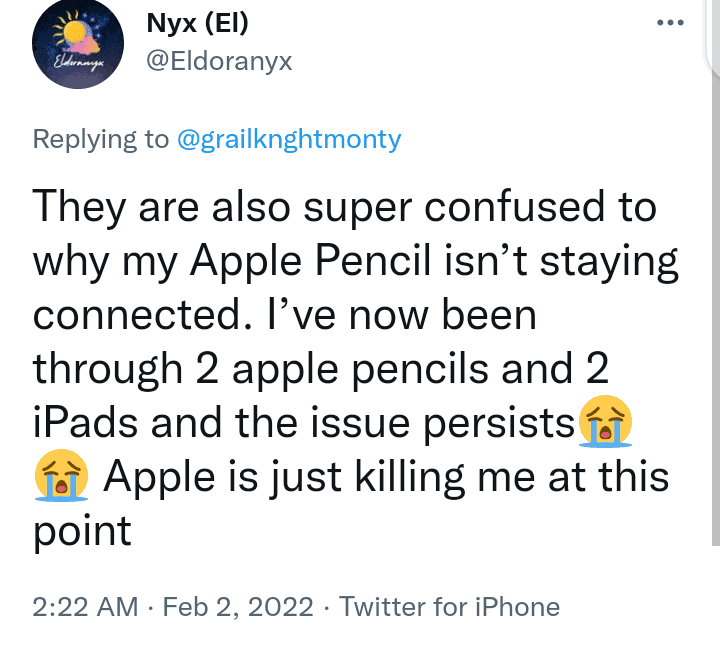 The nature of the issues and potential causes

After going through various reports across social media platforms, here’s what we found out about the Apple Pencil connected Bluetooth issues:

It’s still unclear the exact cause of the Bluetooth connectivity issues. However, according to some users, the problem could result from a “dead battery” on the Apple Pencil. You can check here to learn more about the information.

Apart from that, some users also reported that the connectivity issues started from iOS 15.

Here’s what Apple Team said about the issue

Currently, the Apple Team is yet to understand the exact cause of the issue. However, in a way to address the issue, the team has asked concerned users to provide more feedback that’ll assist them in providing a fix. 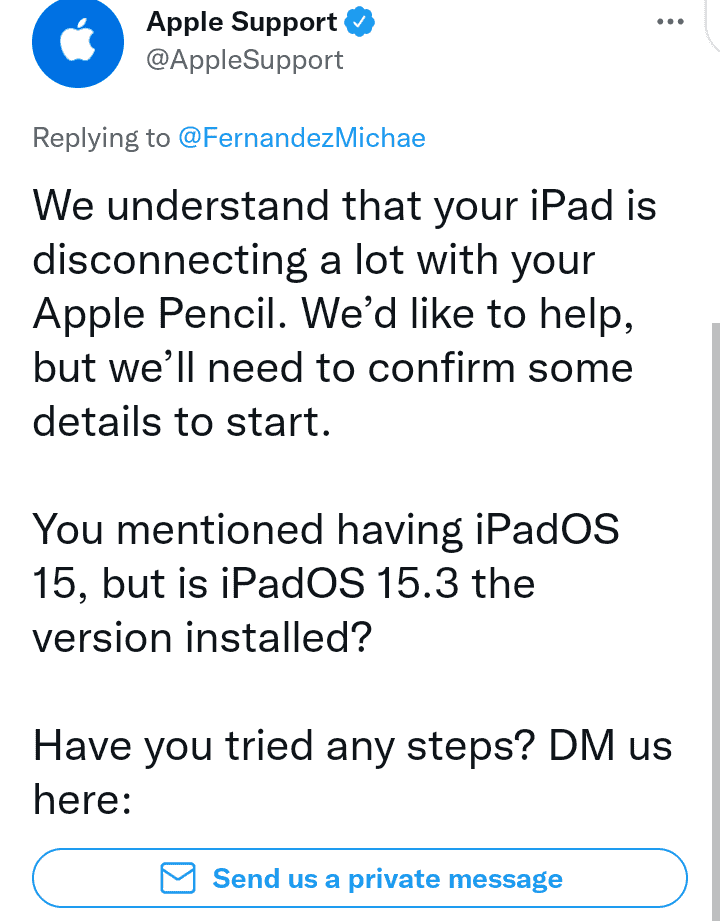 We’ll keep an eye on the Apple team for a fix and as soon as we find anything worth sharing, you’ll be the first to know about it.