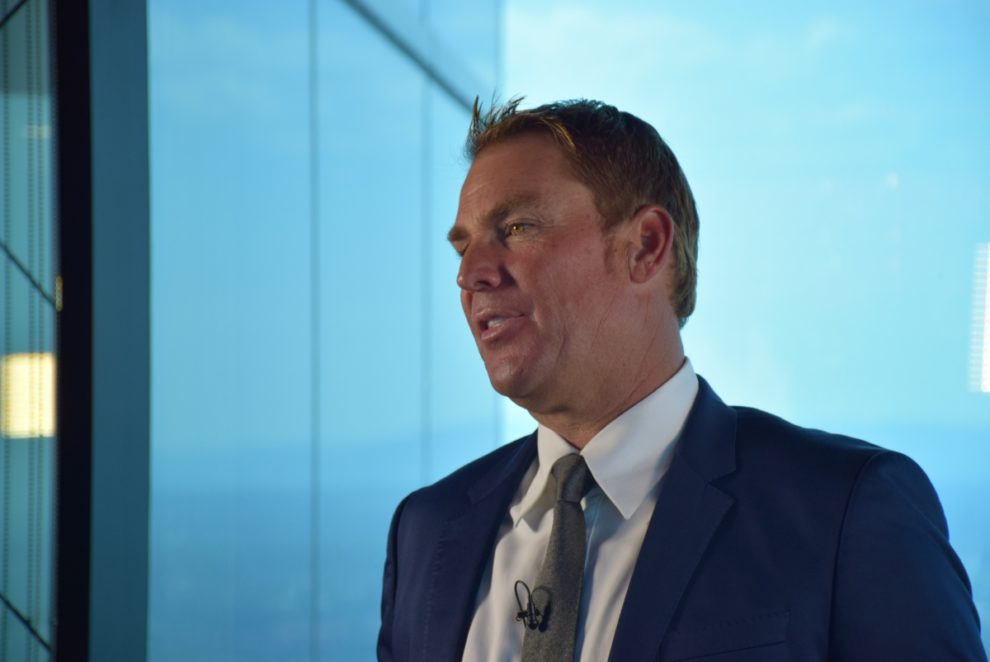 Australia cricket great Shane Warne — one of the best Test players of all time — has died of a suspected heart attack aged 52.

Warne, a larger-than-life character whose tally of 708 Test wickets has been surpassed only by fellow spinner Muttiah Muralitharan, could not be revived after being found unresponsive in his Thailand villa.

“It is with great sadness we advise that Shane Keith Warne passed away of a suspected heart attack in Koh Samui, Thailand today, Friday 4 March,” said a statement from his management company.

“Shane was found unresponsive in his villa and despite the best efforts of medical staff, he could not be revived,” it added.

“The family requests privacy at this time and will provide further details in due course.”

The announcement came just hours after the death was announced of fellow Australian great Rod Marsh, one of cricket’s outstanding wicketkeepers — with Warne himself tweeting a tribute.

Warne, credited with reviving the art of leg-spin, was part of a dominant Australian Test team in the 1990s and 2000s and helped his country win the 1999 limited-overs World Cup.

Australian captain Pat Cummins, currently leading the team on a tour of Pakistan, said Warne was “a hero” to the current generation of cricketers.

“The loss that we are all trying to wrap our heads around is huge,” he said in a video message. “The game was never the same after Warnie emerged, and the game will never be the same after his passing.”

Warne’s inestimable impact was reflected by his inclusion in a list of the Wisden Cricketers of the 20th Century, alongside Donald Bradman, Garfield Sobers, Jack Hobbs and Viv Richards.

Bursting onto the scene as a brash young player with a shock of blond hair, Warne became almost as well known for a colourful life away from cricket as he was for his exploits on the field.

Both he and Australia team-mate Mark Waugh were fined for accepting money from a bookmaker and Warne was suspended for 12 months after failing a drugs test on the eve of the 2003 World Cup in South Africa, having taken a diuretic.

The first bowler to take 700 Test wickets with an assortment of leg-breaks, googlies, flippers and his own “zooters”, Warne retired from Australia duty in 2007 following a 5-0 series win at home to arch-rivals England.

He played 145 Tests in total over a 15-year career, taking 708 wickets, and was also a useful lower-order batsman, with a highest Test score of 99.

In addition to his international exploits, Warne also enjoyed a successful career with his Australian state side Victoria.

And while his private life effectively ruled him out of captaining Australia, for all his acknowledged tactical acumen, Warne did skipper English county team Hampshire.

He subsequently became a highly regarded television commentator and pundit, renowned for his forthright opinions.

Warne was also involved with team coaching — most recently at London Spirit in England’s new Hundred competition — and he worked individually too with current-day leg-spinners.

Warne was divorced from wife Simone Callahan, with whom he had three children. He also had high-profile relationship with British actress Liz Hurley.

Staff at the Thai International Hospital told AFP in Bangkok that Warne’s body was taken to their facility around 6:00 pm local time (1100 GMT) from Samujana Villas, a luxury resort in the northeast of Koh Samui.

A medical source said Warne’s companions and emergency staff performed cardiopulmonary resuscitation but to no avail.

Warne was trying to lose weight at the time of his death, having tweeted on February 28 above an old photograph of himself: “Operation shred has started.”

India batting great Sachin Tendulkar wrote on Twitter of his ex-rival: “Shocked, stunned & miserable… Will miss you Warnie. There was never a dull moment with you around. Will always treasure our on field duels & off field banter.”

Former Australia team-mate Adam Gilchirst wrote: “Numb. The highlight of my cricketing career was to keep wicket to Warnie. Best seat in the house to watch the maestro at work.”

Former England Test player Kevin Pietersen, a great friend who had numerous on-pitch duels with Warne, said “#RIPKing” along with a number of crying emojis as the tributes poured in — including from Richards and Sri Lanka’s Muralitharan.