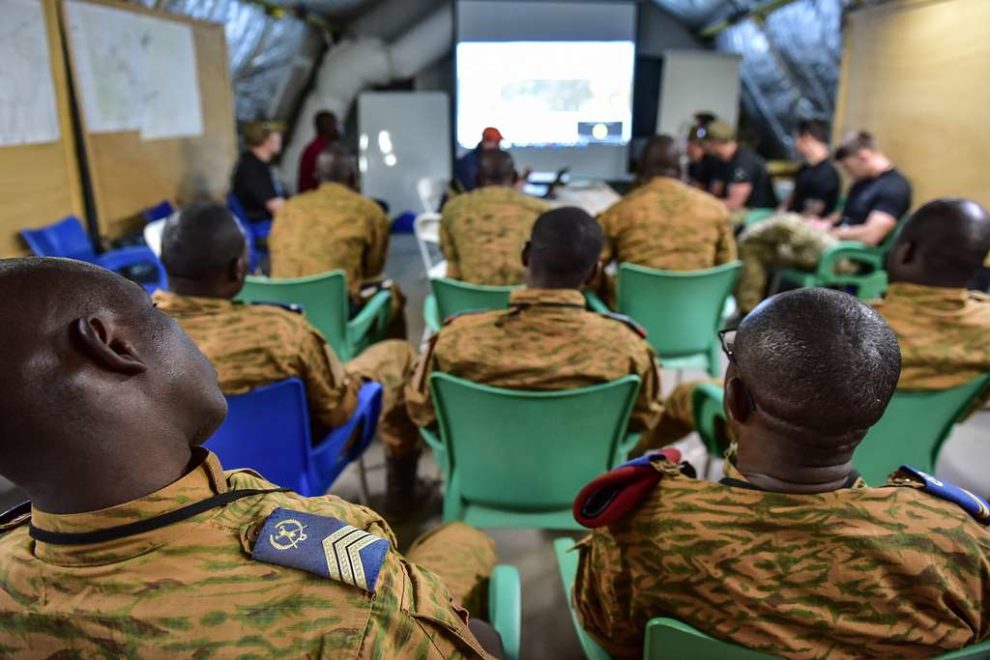 Soldiers in Burkina Faso on Monday announced on state television that they have seized power in the West African country following a mutiny over the civilian president’s failure to contain an Islamist insurgency.

A junior officer announced the suspension of the constitution, the dissolution of the government and parliament, and the closure of the country’s borders from midnight Monday, reading from a statement signed by Lieutenant Colonel Paul-Henri Sandaogo Damiba.

He said the new Patriotic Movement for Preservation and Restoration (MPSR) would re-establish “constitutional order” within a “reasonable time”, adding that a nationwide nightly curfew would be enforced.

Earlier Monday, African and Western powers denounced what they called an “attempted coup” and the EU demanded the “immediate” release of President Roch Marc Christian Kabore.

The United States also called for Kabore’s release and urged “members of the security forces to respect Burkina Faso’s constitution and civilian leadership.”

UN chief Antonio Guterres said in a statement he “strongly condemns any attempted takeover of government by the force of arms”, calling events a “coup”.

Following contradictory reports over Kabore’s whereabouts EU foreign policy chief Josep Borrell said in a statement: “We now know that President Kabore is under the control of the military.”

He called the situation “extremely worrying”.

A government source had said that Kabore was “exfiltrated” from his home late Sunday by his presidential guard “before the arrival of armed elements who fired on the vehicles of his convoy”.

An AFP correspondent early Monday saw three bullet-ridden vehicles outside Kabore’s residence, with traces of blood visible on one.

On Sunday, soldiers rose up at several army bases across Burkina Faso, which has been fighting the Islamist insurgency since 2015.

They demanded the removal of military top brass and more resources to fight insurgents, but made no mention of seeking Kabore’s ouster.

The president, in power since 2015 and re-elected in 2020, has faced rising public anger about failure to stop the bloodshed in the poor, landlocked country.

On Monday, the People’s Movement for Progress ruling party said Kabore was the victim of an “aborted assassination attempt”.

A government minister, who was not named, also survived an attempt on his life and the president’s home was ransacked, it added.

The party said the presidential palace had been “encircled” by “a group of armed and masked men” and the national radio and television “occupied”.

Around 10 hooded troops were deployed in front of the headquarters of the national broadcaster RTB on Monday, an AFP journalist said.

The government source said that Kabore had been “exfiltrated” from his home late Sunday by his presidential guard “before the arrival of armed elements who fired on the vehicles of his convoy”.

Earlier, the ruling party urged “loyalist security forces, patriots and republicans to distance themselves from this umpteenth attempt at destabilisation (and) stand with the Burkinabe people, law and democracy”.

A message was posted on Kabore’s Twitter account urging “those who have taken up arms to lay them down in the greater interest of the nation”.

It was impossible to verify whether the president wrote the tweet himself, or under what circumstances.

Burkina Faso has seen several coups or attempted coups. In neighbouring Mali — where the insurgency began before crossing the border — the military toppled the civilian government in 2020.

On Monday, West African states in the ECOWAS grouping described the latest volatility as a “coup attempt” and held “soldiers responsible for (Kabore’s) physical well-being”.

France, the former colonial power in Burkina Faso, urged its citizens in the country to “avoid any travel” and said that two Air France flights scheduled for late Monday had been cancelled.

Then on Sunday, demonstrators set fire to the headquarters of the ruling party. Fresh protests were staged on Monday.

The insurgency, which swept in from Mali, has overwhelmed Burkina’s poorly trained and badly equipped armed forces.