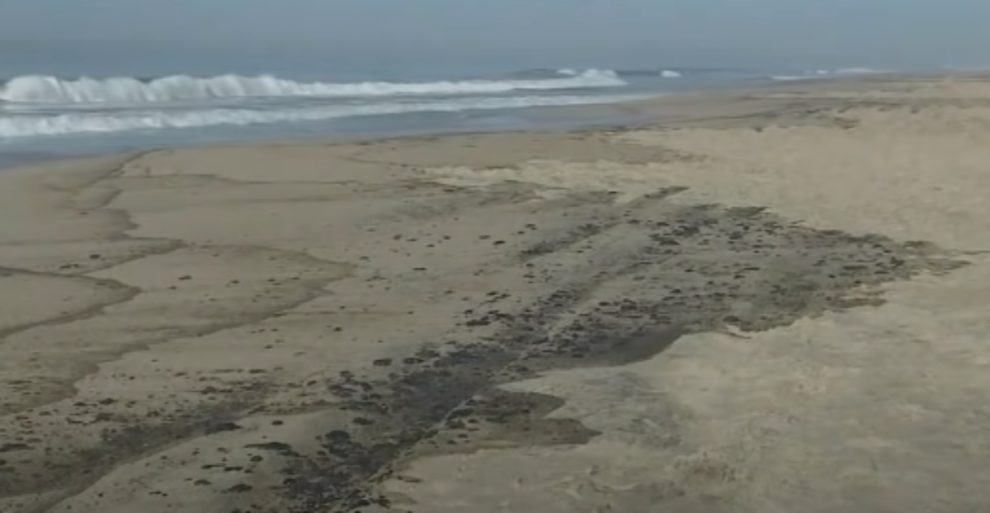 UPDATE: According to authorities, a pipeline that leaked 126K gallons of oil into waters off the coast of Southern California was split open and dragged along the ocean floor. On Tuesday, there was no confirmation that the leak was caused by an anchor, AP reported.

California Governor Gavin Newsom declared a state of emergency in Orange County, Southern California, on Tuesday to support the emergency response to the massive oil spill off the coast of Huntington Beach.

“The state is moving to cut red tape and mobilize all available resources to protect public health and the environment,” Xinhua news agency quoted Newsom as saying in a statement.

“As California continues to lead the nation in phasing out fossil fuels and combating the climate crisis, this incident serves as a reminder of the enormous cost fossil fuels have on our communities and the environment,” he noted.

Thousands of barrels of crude oil were released from a pipeline into federal waters approximately 8 kilometres off the coast of Huntington Beach in Orange County, according to the Governor’s proclamation.

The United States Coast Guard launched an emergency response effort to locate, contain, and remove the oil from the water.

The oil spill has had an impact on the environment and marine life in the area, and it continues to do so.

Newsom stated that he has directed state agencies to take immediate and aggressive action to clean up the oil spill and mitigate its effects.

According to officials, the spill, which was first reported on the morning of October 2, could have poured up to 545,099 litres of oil into the ocean, resulting in an 8,320-acre slick.

Oil has been found along long stretches of sand in Newport Beach, Laguna Beach, and Huntington Beach, killing fish and birds and endangering wetlands.

After a devastating 1969 oil spill off Santa Barbara, 150 kilometres north of downtown Los Angeles, that spewed an estimated 3 million gallons of crude oil into the ocean, creating a 35-mile-long slick along California’s coast and killing thousands of birds, fish, and sea mammals, offshore drilling was restricted in California.