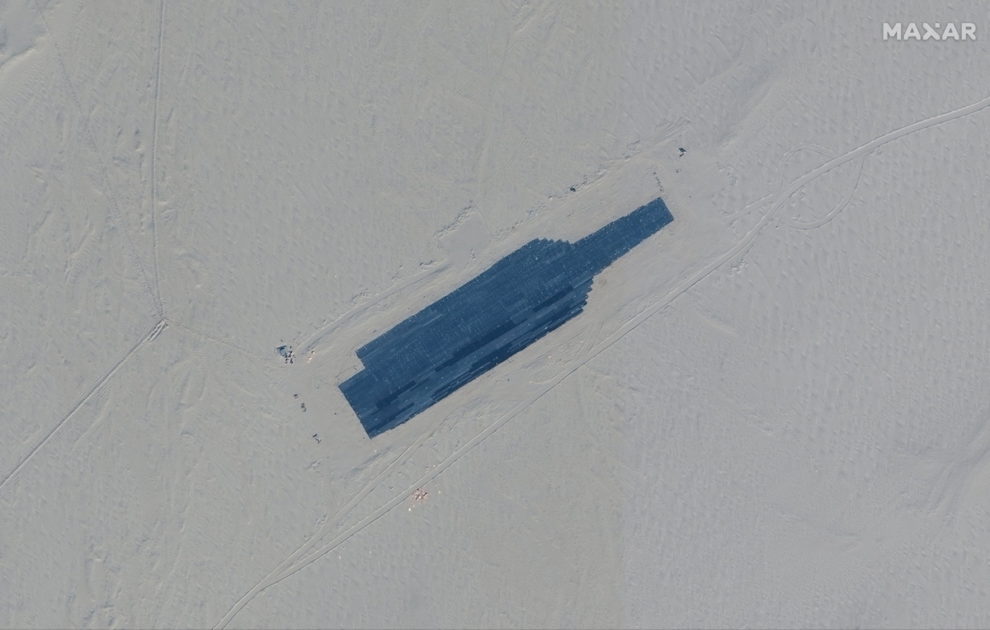 According to Maxar satellite images reviewed by the independent United States Naval Institute (USNI), the military of China has built mockups of a US Navy aircraft carrier and US warships, possibly for target practise.

According to the USNI, a private, non-profit, professional military association, satellite images from China‘s northwest Xinjiang region appear to show a full-scale outline of a “Ford-class” aircraft carrier currently being built for the US Navy, as well as the shapes of at least two Arleigh Burke-class guided missile destroyers at a new target range complex in the Taklamakan Desert.

According to USNI and Maxar Technologies, a space technology company, the complex has been used for ballistic missile testing on numerous occasions.

“This new range shows that China continues to focus on anti-carrier capabilities, with an emphasis on US Navy warships,” USNI reported.

Militaries all over the world routinely construct mock-ups of real-world targets like iconic landmarks, warships, and aircraft carriers.

In a news briefing on Monday, Pentagon press secretary John F. Kirby stated that the US Defense Department was aware of the mockups but was instead focused on its own readiness to support a free and open Indo-Pacific region.

“What we’re concerned about … is the increasing intimidation and coercive behavior of the Chinese military in the Indo-Pacific, and also the coercive tactics they’re using, even using economic tools around the world to bend other nations to their will or to their view of what’s in their best interest,” Kirby said, CNN reported.