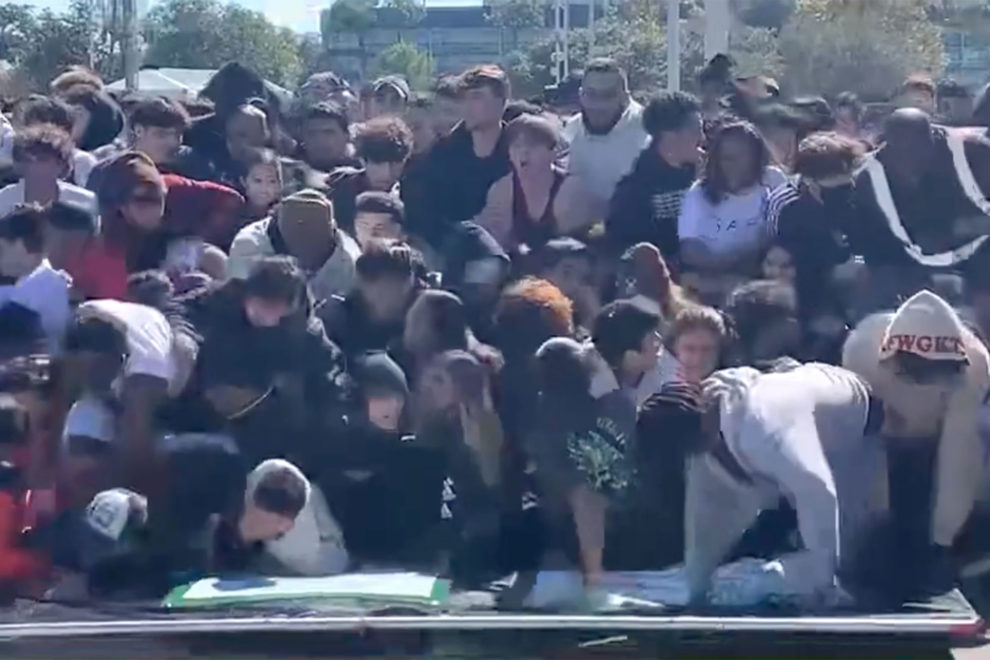 HOUSTON, TEXAS – According to authorities, 8 people were declared dead and hundreds were reportedly injured during the opening night of a popular weekend music festival at NRG Park on Friday night. Videos posted on the social media showed crowd running in panic at Astroworld music festival.

According to Houston Fire Chief Samuel Peña, the worst of the incident began around 9:15 p.m., when the crowd of approximately 50,000 concertgoers began to move toward the front of the stage.

According to him, this caused some panic and resulted in some injuries.

“The crowd began to compress towards the front of the stage, and that caused some panic, and it started causing some injuries,” the fire chief Peña said. “People began to fall out, become unconscious, and it created additional panic.”

In total, 17 people were taken to hospitals, eleven of whom were in cardiac arrest. According to fire chief, 8 people were declared dead.

At the event, which drew thousands of people, 300 people were treated for minor injuries such as cuts and bruises.

Travis Scott, a rapper from Missouri City, was joined on stage by Drake in a surprise appearance as the crowd surged.

Investigators were sent to hospitals on Saturday morning to try to identify the victims. The medical examiner’s office in Harris County will determine how the eight people died at Astroworld music festival.

Houston Police Chief Troy Finner has requested calm, saying that people should not jump to conclusions about what caused the crowd surge.

“I think it’s very important that none of us speculate,” he said. Tonight, no one has all of the answers.

According to the event’s website, Travis Scott’s third annual Astroworld Festival was set to take place from Friday to Saturday.

The Saturday’s event has been cancelled following the mass casualty incident.

Travis Scott, a well-known rapper and event organiser, launched the Astroworld Festival in 2018. Due to the COVID-19 pandemic, it, like most other large events, was cancelled in 2020.

As we were arriving to the Astroworld Festival at NRG Park right at 2:00, a stampede burst through the gates. Hundreds of people destroyed the VIP security entrance, bypassing the checkpoint. People were trampled. Some were detained.

(Excuse any language you may hear) pic.twitter.com/d0m2rjqAAk

there was ambulances literally inside the crowd at astroworld pic.twitter.com/nQIU6WrEgp

Breaking: At least 8 dead, many injured, at Travis Scott’s Astroworld music festival in Houston. The incident reportedly occurred when fans pushed towards the stage, causing panic and injuries. pic.twitter.com/E97uCzpO4L