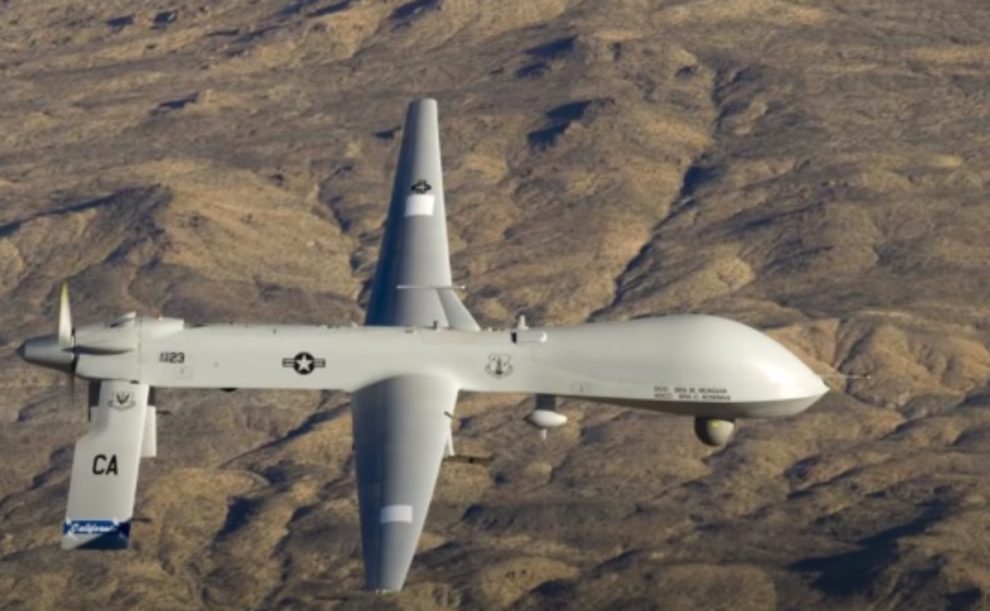 Following a rare Pentagon admission Friday that a remote-controlled airstrike which killed 10 Afghan civilians in the closing days of the war in Afghanistan was a “horrible mistake,” anti-war and human rights advocates asserted that “war crimes are not oopsies,” while calling on the U.S. to end drone strikes in the so-called War on Terror.

“That was not a ‘mistake,'” said journalist Anand Giridharadas. “War crimes are not oopsies.”

“Many similar strikes in Syria, Iraq, and Somalia have happened out of the spotlight, and the U.S. continues to deny responsibility while devastated families suffer in silence.” —Brian Castner, Amnesty International

On Friday, Gen. Kenneth F. McKenzie Jr., the commander of U.S. Central Command (CENTCOM), told reporters at a Pentagon press conference that the August 29 drone strike that killed 43-year-old Afghan aid worker Zamarai Ahmadi and nine of his relatives—including seven children—in the capital Kabul was carried out “in the profound belief” that an attack by militants of the so-called Islamic State (ISIS) on Kabul’s international airport was imminent.

At least 182 people, including 169 Afghan civilians and 13 U.S. troops, were killed in the August 26 bombing. The South and Central Asian branch of Islamic State, known as ISIS-Khorasan, claimed responsibility for the attack.

However, the “explosives” U.S. military officials claimed were being loaded into the white Toyota Corolla sedan owned by the California-based nonprofit Nutrition and Education International (NEI), where Ahmadi had worked for the past 15 years, were most likely bottles of water.

“We now know that there was no connection between Mr. Ahmadi and ISIS-Khorasan, that his activities on that day were completely harmless and not at all related to the imminent threat we believed we faced, and that Mr. Ahmadi was just as innocent a victim as were the others tragically killed,” U.S. Defense Secretary Lloyd Austin said in a statement Friday.

At a September 1 press conference, U.S. Joint Chiefs of Staff Chair Gen. Mark Milley called the bombing a “righteous strike.” As recently as Monday, Pentagon officials defended the errant strike, claiming it was necessary to thwart another imminent attack on U.S. troops.

However, investigations by The New York Times and The Washington Post revealed that—contrary to the Pentagon’s claims—there were no explosives in the Toyota, that the men loading the vehicle were not militants, and that there were numerous other additional victims in the vicinity of the sedan destroyed by a missile fired following hours of surveillance.

The only way to stop this from ever happening again is to end drone strikes https://t.co/QnNvAC2ETR

“In a dynamic high-threat environment, the commanders on the ground had appropriate authority and had reasonable certainty that the target was valid, but after deeper post-strike analysis, our conclusion is that innocent civilians were killed,” Milley said. “This is a horrible tragedy of war and it’s heart-wrenching, and we are committed to being fully transparent about this incident.”

Journalists, anti-war activists, and others noted that as many as 48,000 Afghan civilians—and at least around 900,000 men, women, and children in the broader War on Terror—have been killed by U.S. and allied bombs and bullets over the past 20 years, while calling for an end to drone strikes.

Remember that we killed thousands of civilians via drone strikes, so this is not really an aberration. This simply got more public scrutiny because Afghanistan was the leading headline that week. pic.twitter.com/YeQQdUnbRM

Olivia Alperstein, media manager at the Washington, D.C.-based Institute for Policy Studies, tweeted that the U.S. should “apologize for all the drone strikes, and put an end to drone warfare once and for all.”

Brian Castner, senior crisis adviser at Amnesty International’s Crisis Response Program, on Friday called the Pentagon’s admission “an important step towards accountability for the killings in Kabul,” but added that “much more remains to be done.”

The U.S. must now commit to a full, transparent, and impartial investigation into this incident. Anyone suspected of criminal responsibility should be prosecuted in a fair trial. Survivors and families of the victims should be kept informed of the progress of the investigation and be given full reparation.

It should be noted that the U.S. military was only forced to admit to its failure in this strike because of the current global scrutiny on Afghanistan. Many similar strikes in Syria, Iraq, and Somalia have happened out of the spotlight, and the U.S. continues to deny responsibility while devastated families suffer in silence.

The U.S. must ensure that it ends unlawful strikes, consistently and thoroughly investigates all allegations of civilians harmed in attacks, and publicly discloses its findings.

The leftist advocacy group Afghans for a Better Tomorrow tweeted, “The only way to stop this from ever happening again is to end drone strikes.”

War crimes are not oopsies.

Shoaib Haider, a judge who is Ahmadi’s second cousin, told CNN that the strike should be investigated as a potential war crime.

“We hope the United Nations and human rights supporters will carry out an assessment of such incidents,” Haider said, in order to avoid future “tragic incidents like this one, in which innocent children and members of a family were eliminated.”