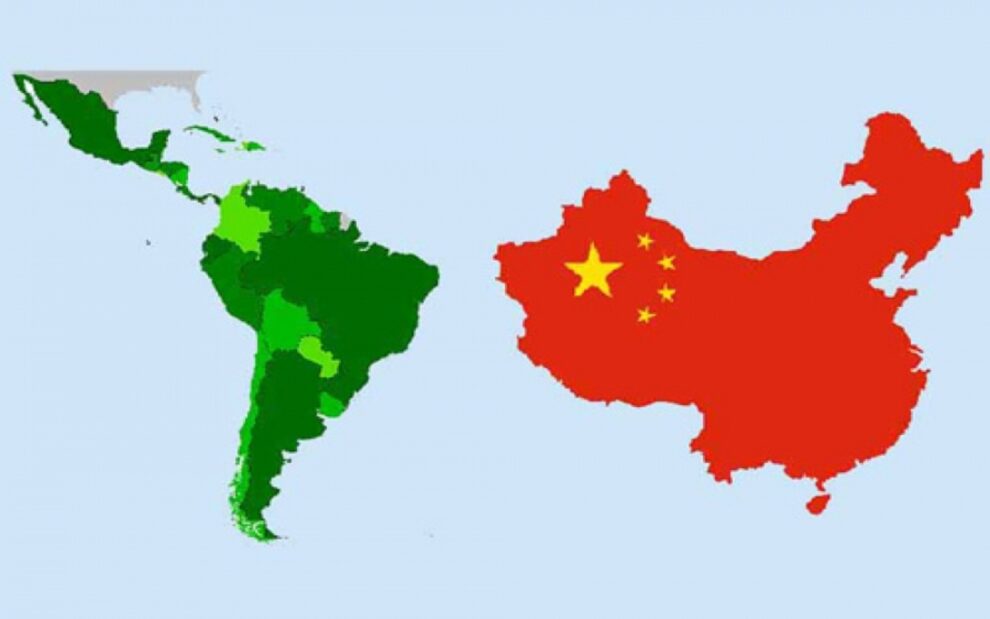 Once again, international trade and medical diplomacy have been playing a central role in international relations and defining alliances between countries and economic blocs. Washington’s gradual “negligence” in relation to the countries of the south of the American continent has opened up more and more space for the Chinese approach in the region. Like the strong Chinese presence in Central America and the Caribbean, it is possible that in the near future China will have a major influence in South America.

But Mercosur leaders insist on taking their demands to Washington.

Recently, at a commemorative event celebrating the 30th anniversary of the founding of Mercosur, a conference was held in Washington with the participation of the bloc’s foreign ministers. The event was organized by the think tank Atlantic Council and brought together Felipe Solá, from Argentina, Ernesto Araújo, from Brazil, Euclides Acevedo, from Paraguay and Francisco Bustillo, from Uruguay – completing the four founding countries of the South American bloc. At the time, the American government received severe criticism for not cooperating properly with the countries of the south. Bustillo was the author of the harshest criticisms. According to the Uruguayan diplomat, currently, only China is seeking the attention of South America and offering cooperation proposals.

In general, the diplomats’ common demand was for the US to pay more attention to South America and to be more solicitous with possibilities for international cooperation. The Chinese attempt to enhance its influence in the region certainly attracts these nations, but there is still a tendency in most countries on the American continent to seek to favor Washington in the first place, before any other nation. In general, despite any ideological differences or divergences of interests, the nations of Mercosur still see the US as their great international ally. This is most likely due to regional proximity and historical ties – even though these ties have always taken place in an exploratory and disrespectful way.

Mercosur is reluctant to go deeper into business with China because it fears the consequences that may come from the US and for that reason, they claim American attention. But, as Washington ignores them, more strength China gains to penetrate the region. Bustillo, in this regard, also openly stated that it is important for Washington to recognize that “there is still a bloc that supports the West”, making it clear that this situation of support may not last as long if the US does not rush to overcome Chinese proposals.

The points where South Americans most ask for help are in business partnerships and medical cooperation. The situation of the new coronavirus in South is on the brink of a real catastrophe – mainly in Brazil, where the numbers are already approaching the terrible mark of 3,000 deaths per day. The absence of any American support initiative with the distribution of vaccines creates an inclination in the South to cooperate with China, which is advancing strongly in its medical diplomacy with Coronavac.

As time passes and the pandemic worsens, economic instability in Latin countries leads to a rapid search for solutions. There is no way to overcome the current economic and social crisis without going through a comprehensive collective immunization plan, as emergency health measures, lockdown, and the number of sick and dead are the main reasons for the calamity. With this, the world power that offers the fastest solution to Mercosur on the issue of vaccines, will immediately have access to a greater availability of economic cooperation with these countries.

Currently, across Latin America, there are enough vaccine doses to vaccinate only less than 3% of the population. 87% of these doses are concentrated in Brazil, Chile, Mexico, and Argentina. The president of the Argentine Red Cross, Diego Tipping, recently pointed out that “two thirds of the vaccines were destined for the most powerful countries and only 0.1% for the 50 poorest countries”. Equity in the global distribution of vaccines has been a strong agenda for Latin governments. However, it should be noted that, even with few doses, the Chinese vaccine is still the majority in Latin America, mainly in Mercosur – followed by Russia. This certainly inclines these countries to further increase medical cooperation and to elevate it to a status of economic partnership.

In parallel to this, some factors need to be considered. The long-awaited economic agreement between Mercosur and the European Union is finally showing signs that it will come out soon. The current presidency of the European bloc has already shown an interest in speeding up procedures and this may lead to a revitalization not only of bilateral relations between the EU and Mercosur but also of Mercosur itself, which for years has been practically paralyzed and with few active cooperation. This happens precisely in the midst of the beginning of a historic agreement between Europeans and Chinese. In turn, Mercosur approaches Vietnam and Indonesia as a way of gaining access to the Asian common market, the RCEP.

If Mercosur opens space for Chinese cooperation, we will have a broad scenario of global economic alliance, considering that, most likely, in parallel to the partnership with China, a partnership with the EU will come and this will insert South America in the EU-RCEP market route. With this situation, there would hardly be any possibility of a change in the outcome of the global trade war between China and the US, as conditions were being created for a global pro-China market.

But at present Mercosur leaders are still loyal to their relations with Washington and are taking their demands to the US. It remains to be seen whether Mercosur is in Joe Biden’s priority concerns.