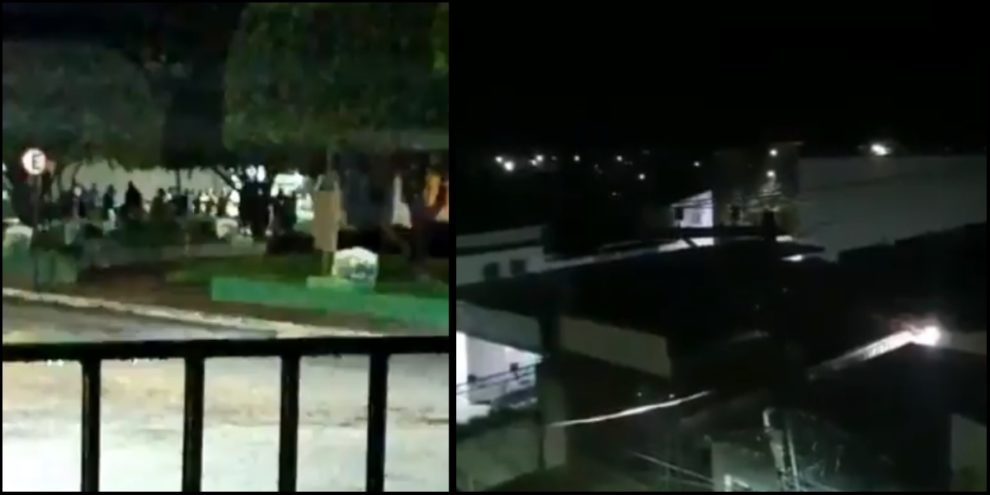 According to recent reports from Brazil, heavily armed criminals conducted a bank robbery in Cameta, the video footage for which has been recovered. This happened just one day after criminals took over another city on the opposite side of the country, these criminals looted a bank and held several people hostage during the act. Terror and chaos spreads over Brazil as another criminal incident takes place.

The public security secretariat for Para state told the press that more than 20 heavily armed criminals with assault rifles targeted a number of state-run banks in Brazil. This happened in a city in the Amazon region. A video circulating on social media shows a line of several hostages being led away from a square in Cameta. These hostages were being held at gunpoint in Cameta.

Local media outlets also reported that a military police station near the bank was attacked, this attack was intended to prevent officers from responding to the situation. The highly strategic attack was shocking, especially since it occurred just a day after the Bank of Brazil branch in the southern region was attacked. Moreover, in Criciuma several gunmen with assault rifles seized the city. They took several people as hostages and took advantage of explosives to loot a bank.

To counter the situation in Cameta, tactical forces and police personnel were dispatched from other areas to reinforce the local police. Authorities were able to locate an abandoned truck that belonged to the criminals. Upon search, several different varieties of explosives were found within the truck. All the material has been taken into custody as an investigation is underway.

Two people were shot by criminals, this included one hostage and a young man. The young man succumbed to his injuries while the injured hostage is currently hospitalized with a leg wound. Cameta Mayor Waldoli Valente conveyed his condolences for all the victims of the attack on Facebook.
The Associated Press reported, “Heavily armed bank robbers invade another Brazilian city — this time Cameta in the Amazon — just one day after criminals struck another city on the opposite side of the country. Video showed about a dozen hostages being led in a line.”

Brazil maintains a long history of bank robberies, several banks have struggled to remain afloat with a wave of violent robberies that surfaced in recent years. The Cametá attack happened just a day after Brazilians were terrorized with a similar heist in the southern city of Criciúma. Armed criminals there blasted explosives, fired weapons at the police and spread massive destruction. The robbery injured two people and left reams of cash out in the streets for local people to pocket.