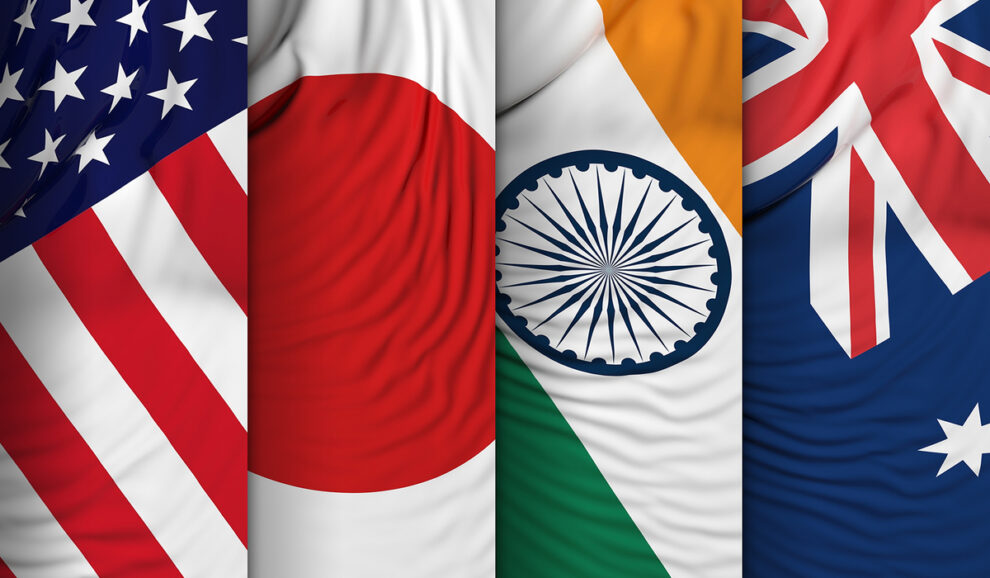 The United States, Australia, Japan and India are transforming their military and political partnership, which is aimed against China, to also target the Asian country economically through close cooperation in the rare earth metal market. The four states, which constitute the QUAD alliance, announced their intention to reduce international reliance on rare earth metals produced in China as a new front to challenge the country.

The Nikkei Asia newspaper voiced this opinion and noted that the QUAD Quartet is building up a chain of rare earth purchases to counter Chinese dominance in the market. The QUAD countries intend to co-finance development projects and new manufacturing technologies. Initially, they will focus on introducing low-cost radioactive waste filtration technology and arrange for government-affiliated financial institutions to provide loans for oil exploration and refining businesses, according to the Japanese outlet.

The Quartet can make full use of their capabilities to not only put military and political pressure on China, but to also economically restrain it. The U.S. has long wanted to form a NATO- style alliance in the Indo-Pacific region and has identified QUAD as the best way to achieve it.

However, QUAD may find it difficult to challenge China on the economic front as global markets are now subject to new economic rules in trade, investment, and intellectual property. In addition, China has become an indispensable economic power that performed extremely well despite the COVID-19 pandemic, especially as most countries experienced contractions. Therefore, under the new conditions, efforts to restrain China economically will be rendered symbolic.

China currently produces nearly 60% of the world’s rare earths. Big tech companies rely on Chinese-produced rare earths like neodymium, essential for electric vehicles, and lithium, used in batteries. In addition, the metals are also essential for wind turbines and other “decarbonization” infrastructure.

The irony however is that the U.S. exports domestically produced rare earth ores to China, then imports 80% of its refined rare earth supplies from China. According to the U.S. Geological Survey, as quoted by Nikkei Asia, China accounted for 58% of the globe’s rare earth production in 2020, down from around 90% some four years ago. This is because the U.S. and Australia have gradually boosted their own production.

Although China’s dominance in the market was dealt a huge blow, it still maintains a majority. To counter this Chinese dominance, QUAD countries aim to develop refining technologies that will remove radioactive waste which is produced during the refining process. However, their emphasis will be on methods that are low-cost in order to challenge China’s price advantage.

According to the U.S. Geological Survey, the U.S. accounts for 16% of global rare earth production in 2020. Australia accounts for 7% and India only 1%. India accounts for 6% of the world’s rare earth reserves and Japan is one of the biggest rare earth consumers. Nikkei Asia reported that the QUAD alliance hopes that through collaboration all along the chain, from production to consumption, their influence will rise and topple China’s dominance in the market.

However, based on this data it can be concluded that the QUAD’s performance in the rare earth market is not a major challenge for China and just constitutes normal commercial activities for profit. Attempting to control or contain China is only bound to fail. Instead of measures to try and contain China, new ideas that can create a competitive advantage must be prioritized as this is part of building a new international normative system for the global economic and political community. Much will depend on China’s response to the actions made by QUAD countries.

China can respond to the military and political containment efforts by QUAD countries by reopening the market and flooding it with cheap products, thus initiating a new economic agenda and forcing QUAD members to formulate common rules on international trade in the Asia-Pacific region for investment cooperation. In this way Beijing could force QUAD members to acknowledge that it is necessary to work with China to jointly build a global system of common rules because containment efforts are an outdated policy, not only in terms of commercial activity, but also morally, and are only bound to fail.

It is unlikely though that the U.S. and India will want to come to a consensus with China. Although Australia and Japan are influential players in their respective regions, they enact Washington’s interests against China without much independence. India has its own historical enmity with China, particularly over border demarcations in the Himalaya’s, in which they have fought pitched wars and battles. Thus, India sees QUAD as a useful format to pressure China that has a historical friendship with neighbouring Pakistan. None-the-less, QUAD has announced that its alliance is not only reduced to challenging China militarily and politically, but also economically.