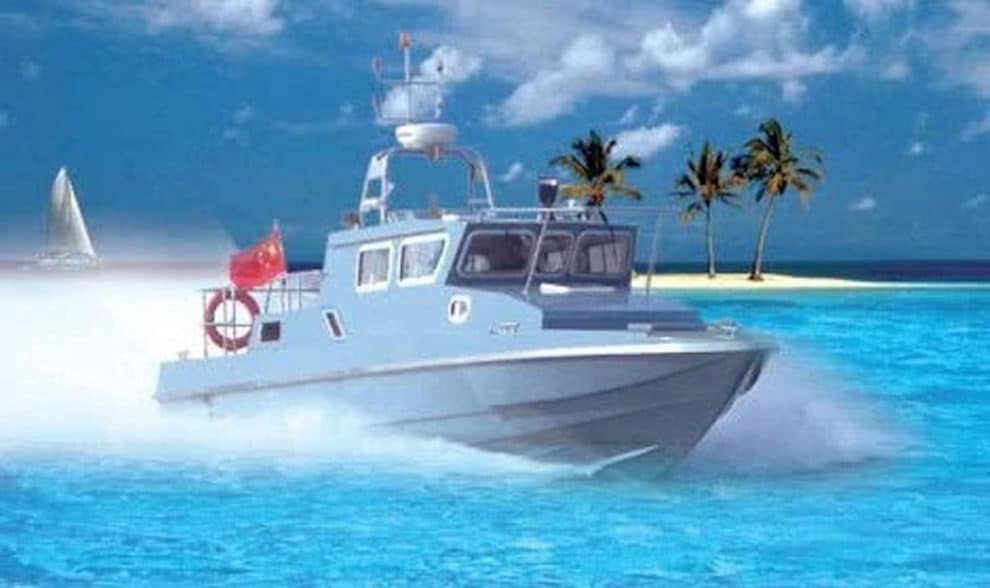 It is no secret that tensions between China and India are at an all-time high. Despite peace talks, the hostility continues to be displayed on the border, eastern Ladakh and Pangong TSO by both states. In the latest development, China has strengthened its navy forces on the Indian border. Chinese PLA patrol boats were seen straddling on Pangong TSO near the India-China border.

The Chinese garrison stationed at Pangong TSO has been reinforced with new assault boats. A report by Naval News suggests that a minimum of six assault boats are present on the lake, this makes the mobile assault force at least 60 troops strong. The assault boats are stationed near the contested line of the India-China border. The border region and the line of control have witnessed repeated aggression from both states over the past few months.

The Chinese PLA patrol boats are Type-928D assault boats. These boats are largely similar to the Swedish CB-90. The presence of assault boats show the increased capability of Chinese forces on mountain lakes along the poorly demarcated border. These boats were first deployed to the lake in 2019, October. Based on satellite imagery analysis they began appearing at the western end, nearer the defacto border around June this year when tensions heightened.

The Chinese PLA patrol boats are manufactured by Changzhou FRP Shipyard Co Ltd.in Changzhou, Jiangsu, China which specializes in GRP (glass reinforced plastic) boats. The yard appears to be constructing large numbers of various riverine craft for the Chinese armed forces. Needless to say, these boats are extremely powerful. The dimensions of Type-928D amount 13.8m (45 ft) in length and the boat has a beam of 3.9m (13 ft). Its three 295 hp motors give it a top speed of 38.9 knots.

Tensions continue on the India-China border

The boats when in assault mode can carry up to 11 troops. They are primarily armed with a 12.7mm heavy machine gun mounted in a remote weapons station (RWS) above the cabin offering a wide arc of fire. Two crew-served machine guns can be mounted on the aft deck. Tension escalated further along the disputed boundary between India and China as the soldiers of the two nations exchanged fire on the south bank of Pangong Tso (lake) in eastern Ladakh. This skirmish led to further aggression displayed by both superpowers.

These recent developments show that China is no longer attempting to hide its hostility against Indian forces. For months, both countries have been engaged in several exchanges of violence. Indian-American Congressman, Krishnamoorthi stated, “I am deeply concerned about this issue, which is why I authored a bipartisan resolution overwhelmingly approved by the House urging China to end its military provocations of India and to pursue a diplomatic resolution.” If these tensions continue, it is likely that bilateral relations all over the globe will be tested.