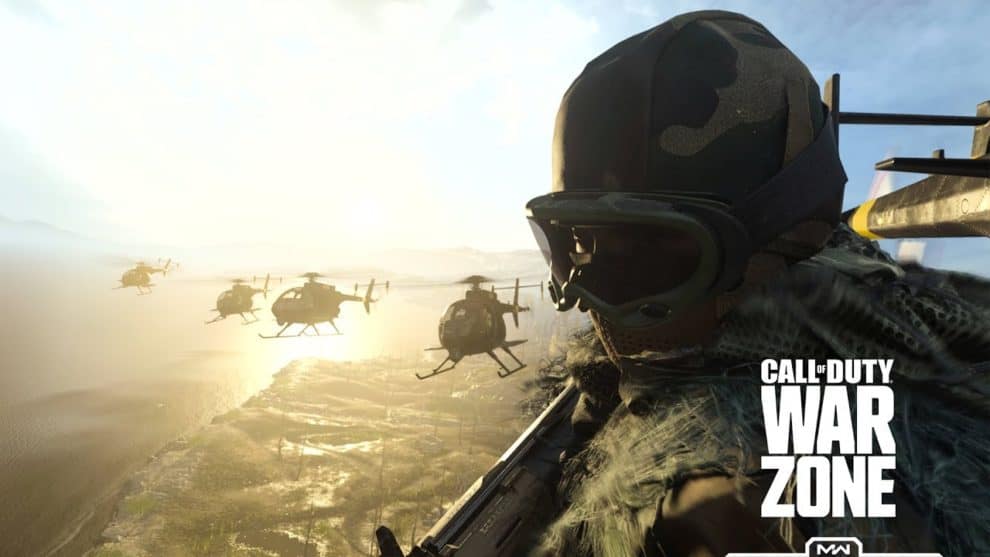 Without a doubt, Call of Duty, a first-person shooter video game franchise, is one of the most successful and interesting games so far. However, it’s also known to suffer from a lot of glitches and bugs. According to the recent reports, several Call of Duty: Warzone players took to different social media platforms to complain about experiencing an unbreakable gas mask glitch while playing the video game. After several complaints, the Infinity Ward has come out, providing its fans with updates on the issue. According to the developers, they are already developing a fix for the issue.

In this article, we’ll be looking at everything about the annoying gas mask glitch of the Call of Duty Warzone.

The gas masks in the Call of Duty: Warzone is there to help protect players from the dead zone that gets smaller and smaller. While players can pick them up randomly, they can also buy them from buy stations at a cheap price. Even at that, the gaming feature doesn’t last long for players.

According to Vikkstar123 and Tommey, call of duty: Warzone players who first discovered the glitch, players are now picking up these gas masks freely. While that is good news, the bad one is that the gas masks never expire on time. Tommey explained that he ran into the gas to retrieve some items, but realized that the gas mask remained the same for a longer time before it expires.

So far, it’s still unclear what the exact cause of the Call of Duty: Warzone gas mask glitch is, but some players are already raising different suggestions. Most players suggested that the cause of it is because of the interaction with loot, right when the gas is about to break.

Any Update From Warzone Developers?

Looking at the Call of Duty: Warzone gas mask glitch, it’s clear that any player that comes across it will be able to get a free win. All the player needs to do at the end of the game is to run away, while the zone gets smaller and smaller. Instead of taking on the last fight, they can just run to the other side of the map.

After several complaints by users, Infinity Ward’s public Trello board has been able to create a ticket for the issue.

Here’s a screenshot of the ticket, which was created on June 10.

“In a rare case, the gas mask is able to become invulnerable and will not fully break off after it reaches 0 health.” 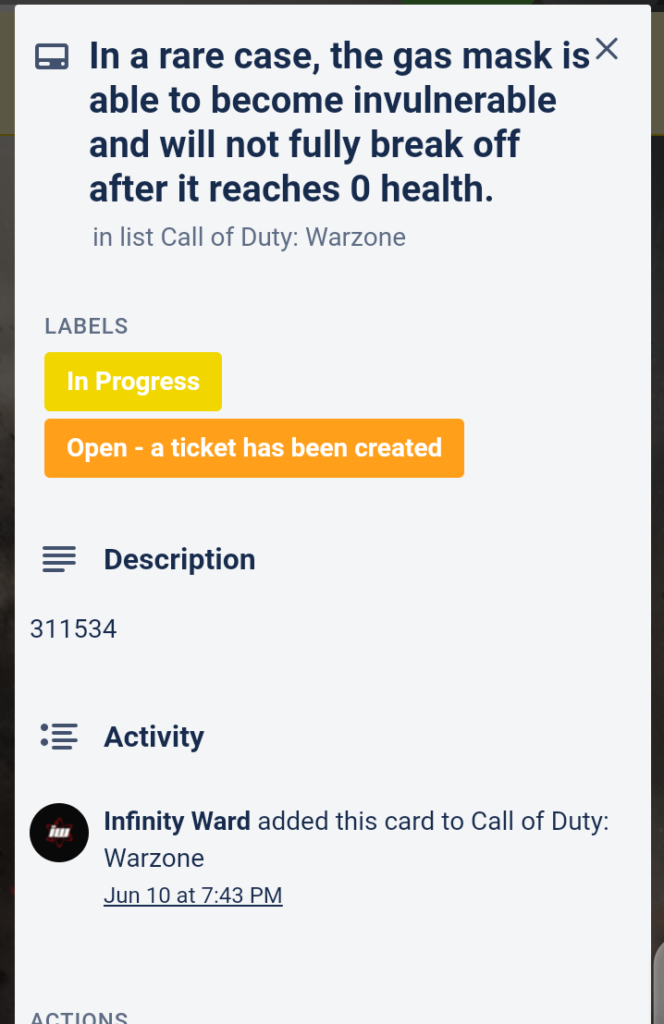 The ticket clearly shows that the glitch being faced by players is already getting a fix. So far, there’s no official statement as to when the fix will be available for players. However, you can trust that one will come sooner than later.

According to some other reports, some users have also taken to their social media platforms to complain about experiencing overheating on their PS4 consoles, while playing Call of Duty: Modern Warfare. So far, there’s no word yet from the developers of the game as to a fix. However, since the developers are already working a fix for the Call of Duty: Warzone gas mask glitch, there’s a possibility that this will also get the right attention in no time.