Soon after Activision and developers Infinity Ward rolled out an update to Call of Duty Modern Warfare and Warzone on Xbox One, PC and PS4, a large number of players started complaining about server problems. The Call of Duty Modern Warfare & Warzone server issues prevented players from enjoying the games. Fortunately, Activision has confirmed that the problem has been resolved.

The Call of Duty server outage appears to have affected Xbox users mainly. Some PC and PlayStation Network users were also affected. Some believed that Xbox Live was down. Even Down Detector, which monitors outages all over the world, showed a large number of Xbox Live users saying it was down. But the problem was not on Microsoft’s side. 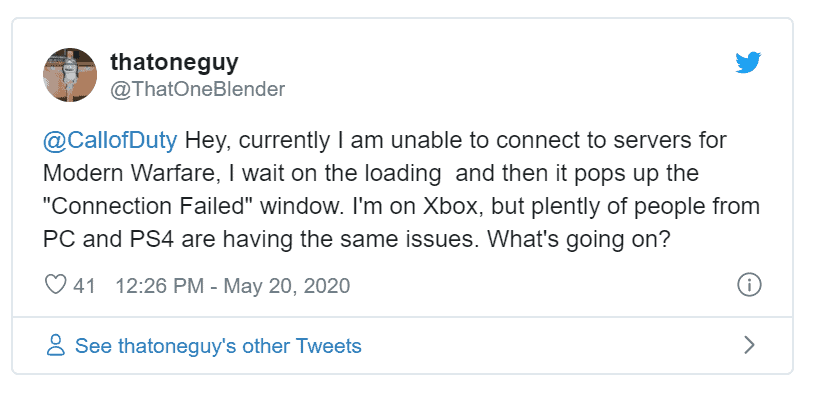 Activision was quick to acknowledge it. The company said in a tweet that it was actively investigating why some players were unable to connect to the online services.

Just a few hours later, the company announced that the issue had been resolved. If you are still facing the same problem, you can reach out to Activision directly. Earlier this month, Call of Duty Modern Warfare players had reported voice chat and matchmaking issues. 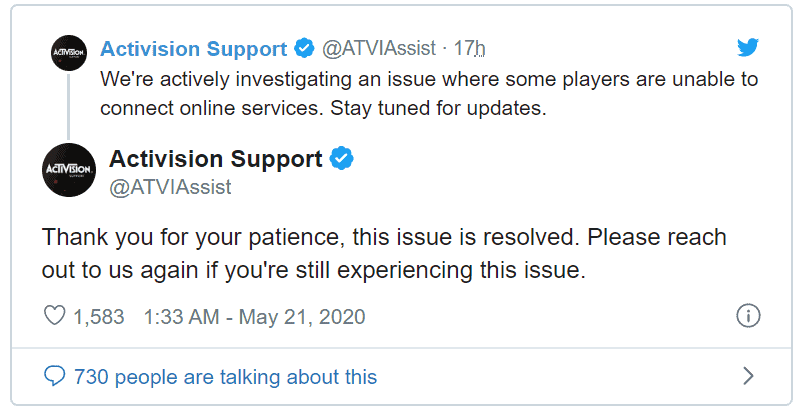 Activision has tasted massive success with the Call of Duty titles. The battle royale game Call of Duty: Warzone was released on March 10, 2020. It garnered a staggering six million players on the day of launch. Now it boasts 60 million registered players. The coronavirus pandemic has been a boon for gaming companies. The deadly virus has forced millions of people worldwide to stay home. And gaming enthusiasts are spending more time playing their favorite titles.

With massive popularity comes increased incidents of cheating. Activision has taken a series of steps to prevent cheating in Call of Duty. The company has permanently banned more than 50,000 accounts that were using cheats.