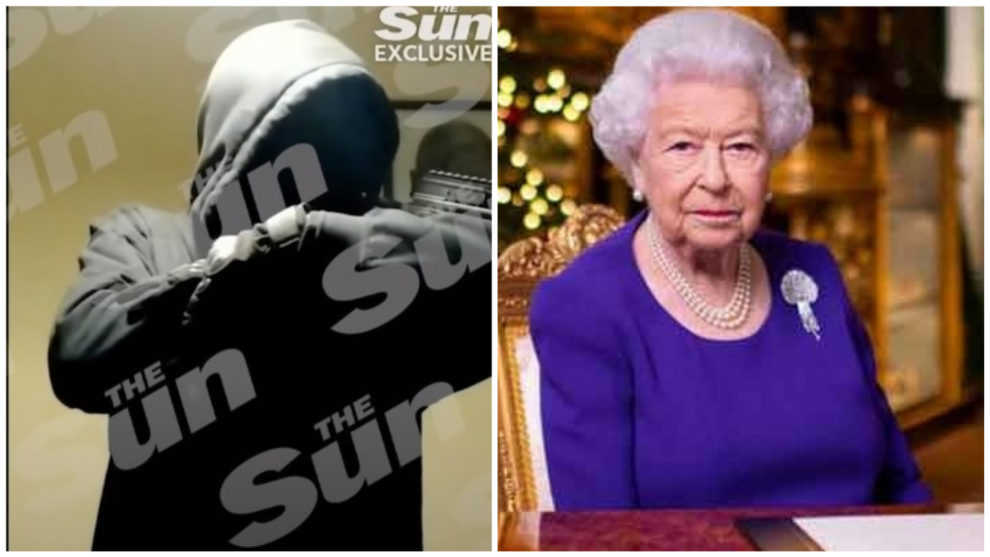 After a 19-year-old who scaled Windsor Castle’s spiked fence was sectioned, a shocking video emerged showing a crossbow-wielding man threatening to “assassinate the Queen in retaliation for the 1919 Jallianwala Bagh massacre.”

The footage obtained by The Sun shows a man, believed to be the arrested suspect, holding a black crossbow and making threats down the camera in a distorted voice.

On Christmas Day, Jaswant Singh Chail posted the pre-recorded video to Snapchat, 24 minutes before a man was arrested inside the grounds of Windsor Castle.

Friends referred to him as Jas, and he used a filter to distort his voice while wearing a disturbing hoodie and mask – an outfit thought to be inspired by ‘Star Wars,’ according to the Daily Mail.

“I’m sorry. I’m sorry for what I’ve done and what I will do. I will attempt to assassinate Elizabeth, Queen of the Royal Family. This is revenge for those who have died in the 1919 Jallianwala Bagh massacre.

“It is also revenge for those who have been killed, humiliated and discriminated on because of their race. I’m an Indian Sikh, a Sith. My name was Jaswant Singh Chail, my name is Darth Jones,” he says in the video.

According to the Daily Mail, a framed picture of Star Wars character Darth Malgus was visible in the background of the clip.

The police confirmed that a crossbow was discovered after the intruder was apprehended on the castle grounds on December 25 while the Queen was present.

Police will investigate how the intruder scaled the spiked perimeter fence that surrounded the Berkshire castle’s grounds in the first place.

According to the report, he used a makeshift ladder to gain access from the Long Walk, which royals frequently use due to its proximity to the Queen’s private apartments.

Along with the video, a Snapchat message was sent that said, “I’m sorry to all of those who I have wronged or lied to.”

“If you have received this then my death is near. Please share this with whoever and if possible get it to the news if they’re interested.”

The suspect, who has yet to be identified by police, was later sectioned under the Mental Health Act.