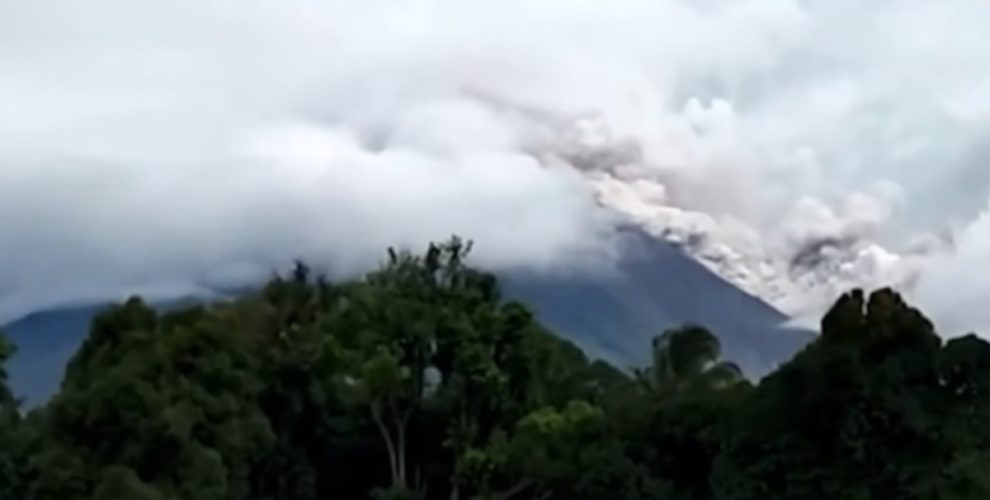 The death toll from Mount Semeru’s eruption in Indonesia’s East Java province has risen to 22, with several people still missing, according to a disaster management agency official.

According to the National Disaster Management and Mitigation Agency’s acting spokesman, Abdul Muhari, downpours are expected to fall through the crater and slope of the volcano over the next three days, potentially slowing the search and evacuation of the victims, according to Xinhua news agency.

“The nine people are still in the status of missing or dead,” he told a joint virtual press conference.

According to the spokesman, up to 1,300 people have sought refuge in evacuation centres.

“We have sent as many as 20,000 pieces of face masks to the evacuation centres, not only to prevent Covid-19 from spreading but also to avert respiratory problems,” he said.

Logistics aids for the affected people have been distributed to evacuation centres, according to Muhari.

According to the agency and a government official, the Saturday volcano eruption, which resulted in the release of hot clouds, destroyed hundreds of houses, a bridge, education facilities, and other infrastructure facilities.

Downpours, which may cause lava floods, may impede the evacuation and search and rescue operations for the victims.

“There are still a potential of rains, with the level of weak, moderate and heavy, pouring down the areas of the crater and the slope of the volcano in the next three days,” A Fachri Rajab, head of the Centre of Public Meteorology of the Meteorology, Climatology and Geophysics Agency (BMKG) said.

My thoughts & prayers are with the people in Lumajang & Malang ( East Java ) after Mt #Semeru’s volcano erupted creating panic yet.
May Allah protect them 🥺🤲🙏 pic.twitter.com/BKrHAoEjuT