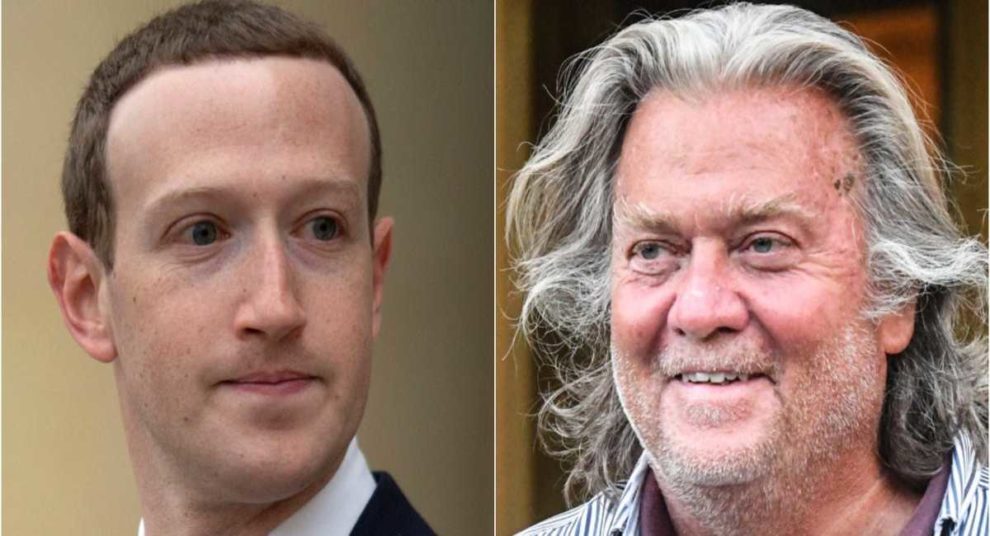 Reuters reported, Mark Zuckerberg told an all-staff meeting that Steve Bannon has not violated enough policies to be suspended from Facebook. The ex-Trump adviser suggested in a now-removed video that FBI Director Christopher Wray and Dr. Anthony Fauci should be beheaded.

The complicated circumstances that led to the #DeleteFacebook trend began when Steve Bannon, the former White House Adviser for the former U.S President Donald Trump made atrocious remarks on this Facebook podcast called The War Room. Steve Bannon expressed some deeply disturbing desires.

He said, “I’d put the heads on pikes. Right. I’d put them at the two corners of the White House as a warning to federal bureaucrats. You either get with the program or you are gone. That’s how you won the revolution. No one wants to talk about it. The revolution wasn’t some sort of garden party, right? It was a civil war. It was a civil war.” These comments were made regarding two prominent US officials that he considered had been disloyal to Donald Trump.

Facebook responded by removing Bannon’s video but did not ban his page that has approximately 175,000 followers. “We have specific rules around how many times you need to violate certain policies before we will deactivate your account completely. While the offenses here, I think, came close to crossing that line, they clearly did not cross the line,” Zuckerberg said.

When the #DeleteFacebook hashtag began trending on social media. People have different views. One user tweeted, “Instead of trying to ignore the root problems by pushing instead push proper education on how to process, verify & handle information so that way people don’t just turn off social media & go back to previous propaganda and misinformation sources blindly?” Another said, If you’re going to you might as well also delete Instagram and WhatsApp … also stop using GIFs hosted from Giphy. Facebook owns all of those

The manner in which Facebook responded to the video is deeply inhumane. Not taking strict actions against incidents like these further promote violence and hatred in society. A user tweeted, “According to Mark Zuckerberg, Bannon calling for the *beheading* of Dr. Fauci does not violate Facebook’s standards. Just going to point out that I got banned by Facebook for making them look bad to US regulators, which obviously is far far worse.” Clearly, something is very wrong with Facebook’s priorities at the moment.