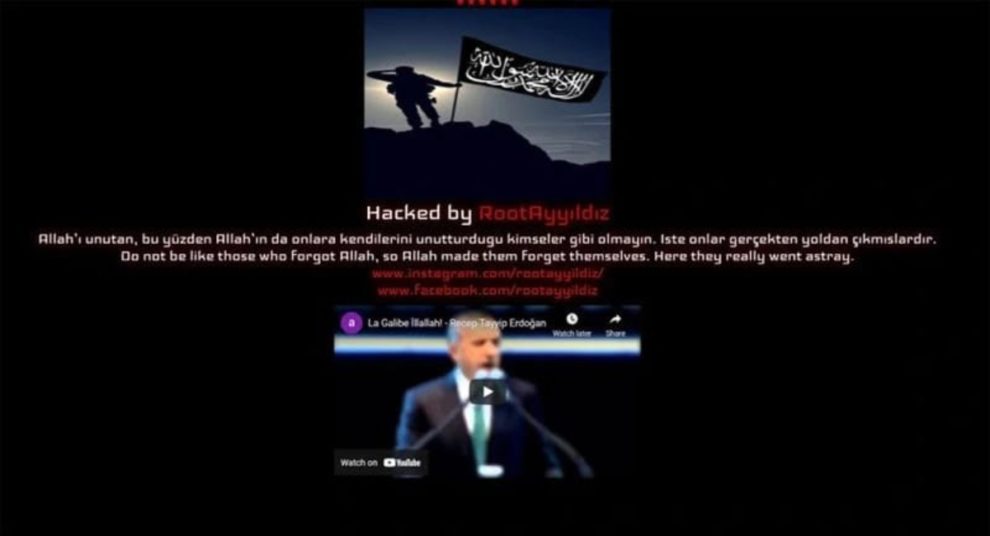 Visitors to the website were directed to a page that had been hijacked by the Turkish hacktivist group RootAyyildiz.

The hacker told readers to “not forget Allah” and wrote a message on Trump’s website that read, “Do not be like those who forgot Allah, as Allah made them forget themselves. They really went astray.” It also included a link to a speech from Turkish President Recep Tayyip Erdogan.

The same hacker claimed earlier that they had defaced Joe Biden’s website after the presidential election in November.

This is not the first time political figures have been hacked. In 2020, Twitter was subjected to a large-scale hacking incident in which the accounts of Biden, Barack Obama, and Bill Gates, among others, were taken over with a message urging users to send bitcoin to a specific address, netting more than $100,000. A 17-year-old hacker pleaded guilty to his role in the incident earlier this year and was sentenced to three years in juvenile prison.

In September 2021, the hacking group Anonymous claimed to have stolen and leaked reams of data from Epik, a website hosting company popular with far-right organisations such as the Proud Boys.

UPDATE: The website administrator, after the hack, has redirected action.donaldjtrump.com to DonaldJTrump.com.

How to Hire a Hacker To Penetration Test Your Website