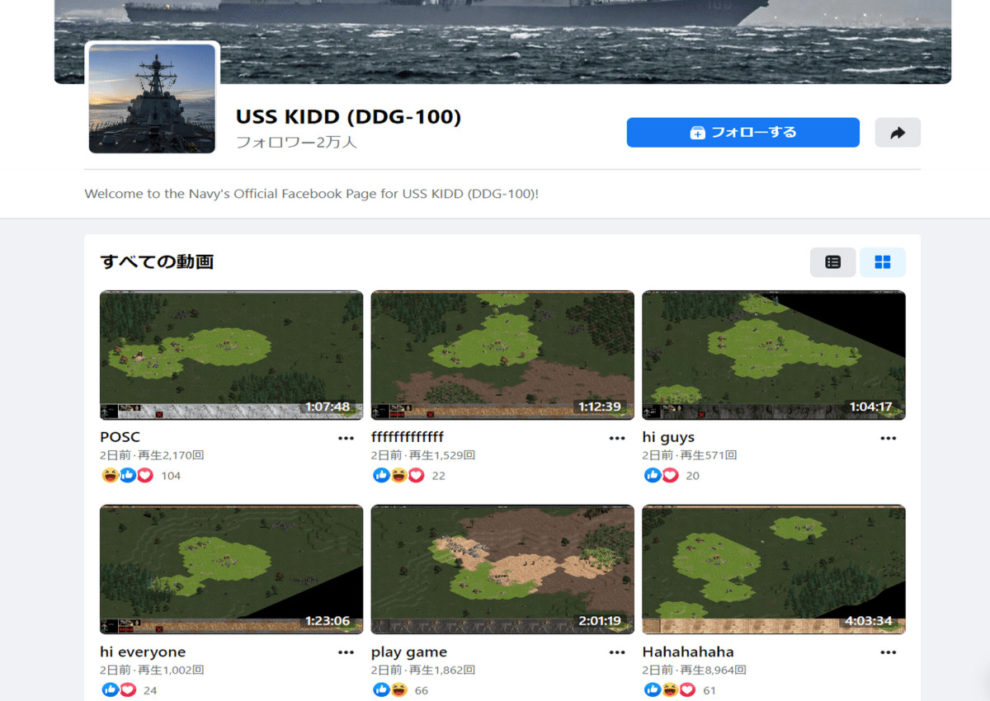 The US Navy Warship, USS KIDD’s Facebook account has been hacked to stream nothing besides Age Of Empires for the last three days.

Yes, it is as bizarre as it sounds, as the webpage that used to inform people regarding important naval updates has been reduced to a streaming platform for a 20-year-old game.

Initially reported and brought to light by Task & Purpose, the USS KIDD reportedly lost control of their Facebook account at approximately 10.26 pm on October 3rd. Task & Purpose was notified as the US destroyer proceeded to stream Age Of Empires for more than four consecutive hours with a simple caption that read,” Hahahahaha.” 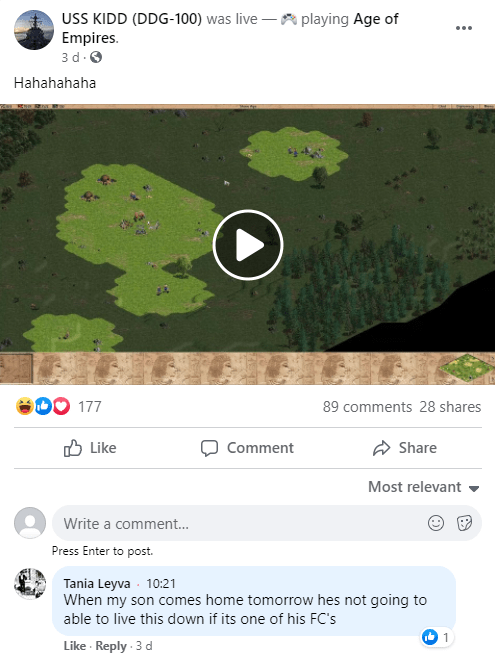 And that wasn’t even the end of it, as the page proceeded to post five more streams, each lasting about an hour in length. However, one thing is sure that whoever has been playing the game is not their forte as they never got past the Stone Age.

The Navy took their sweet time providing a statement about what has transpired, but with things spiraling out of control, Navy Spokesperson Cmdr. Nicole Schwegman told Task & Purpose that their Facebook account was hacked. ”We are currently working with Facebook technical support to resolve the issue,” she added.

Should We Be Worried?

Still, a later investigation showed that a civilian who had access to the account had to switch before expressing their “feelings” for a particular individual over the internet.

So this isn’t something to be overly worried about, but you might as well take this opportunity to get someone you know in the navy back for anything they might have teased you over.