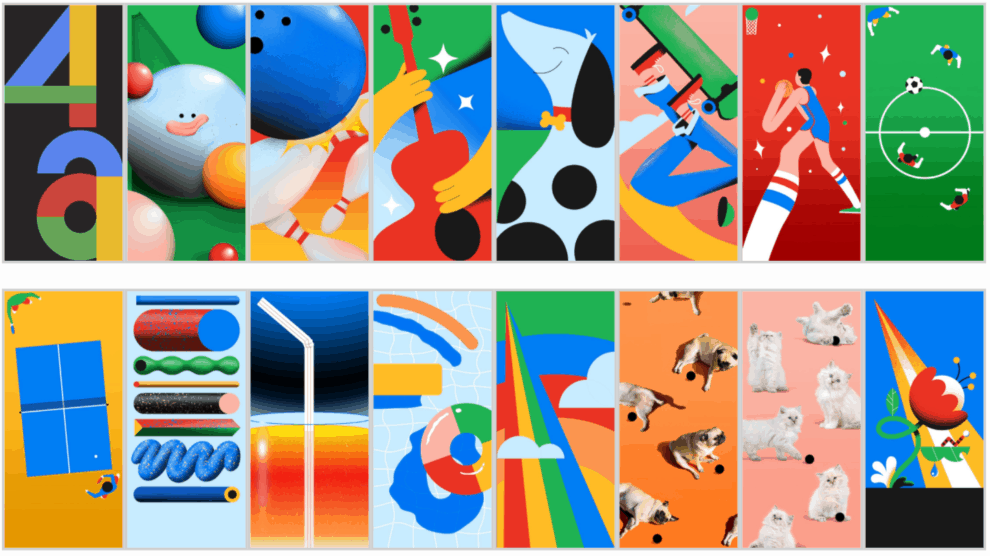 After numerous delays, Google unveiled its mid-range Pixel 4a smartphone earlier this month. The Pixel 4a with a starting price of $349 would go on sale on August 20th. As is the tradition with every new Pixel device, the Pixel 4a brings a collection of new wallpapers. It also gets an exclusive live wallpaper called Eclipse. If you are not interested in buying the Pixel 4a but want to give your phone a new feel, you can download the Google Pixel 4a wallpapers.

The Pixel 4a comes with a bunch of still wallpapers that look playful in punchy colors. The wallpapers match Google’s official logo. They appear to be geared towards the younger generation. Most of them have a sports theme. They represent games like tennis, skateboarding, football, and others. But some wallpapers also feature animals.

If you want to download the Google Pixel 4a wallpapers in high-resolution, head over to this link. Set any of them as your wallpaper to give your smartphone a cheerful feel.

The Eclipse live wallpaper in the Google Wallpapers app is pretty amazing. The Eclipse is blue (purple in dark mode). But the color fades away as your phone’s battery depletes. When your phone is fully charged, only a tiny portion of the wallpaper is black. But as the battery drains through the day, the black color covers a major portion of the screen, just like an eclipse.

Live wallpapers consume a lot of battery power. So you might not want to use it even though it looks cool. Google could bring Eclipse to the Pixel 5 and 5G version of Pixel 4a.

The Google Pixel 4a is a mid-range phone. It features a 5.8-inch display with a plastic body and a Snapdragon 730G chipset. The phone gets 6GB RAM and 128GB of built-in storage. It has a single 12.2MP camera on the back and an 8MP punch-hole selfie camera. The Pixel 4a packs a 3140mAh battery with an 18W fast charger.

Though it has a single camera, the Pixel 4a is a brilliant phone for photography, thanks to Google’s image processing algorithms. The Night Sight mode captures brilliant photos in dark environments. It also has the Astrophotography and HDR+ features to enhance the photography experience.