The fact that Apple has become so mean with most of its customization has made the jailbreaking industry become very active lately. And since a one-size-fits-all doesn’t work for all iOS users, most resolve to jailbreak their devices to enjoy more customization features. Whether or not you like it, the Notch has become a part of most iPhones since 2017. It’s a part of the devices’ hardware, and it comes with a lot of shortcomings. Although with the help of wallpaper, you can hide the notch, it doesn’t work in all cases, especially with some certain interfaces. However, there’s now a new jailbreak tweak called eggNotch that can help you hide, remove or customize the iPhone notch.

In this article, we’ll be looking at the features of the newly released eggNotch jailbreak tweak.

The Features Of eggNotch Jailbreak Tweak

With more jailbreak tweaks coming out to rescue the iOS users, it looks like another one is here. And this time, it’s coming to help users to make a little change to the iPhone’s Notch.

Although most iOS users don’t like to see the iconic notch on iPhone devices, its there for a reason. It helps to house some essential sensors that enable the FaceID. Even with iOS offering a built-in method to hide it, it complicates the issue by blacking out the display.

However, with the newly released eggNotch jailbreak tweak, you can now get rid of the notch that appears on top of your iPhone display. In addition to that, the tweak will also help to fill the top portion of the display with a black background.

Apart from helping to remove the notch from iPhone devices, the eggNotch jailbreak tweak also has a lot more benefits. Firstly, it helps to add a preference pane to your device Settings app. And with that, you’ll be able to select your preferred custom color for your iPhone’s status bar. Also, you will also be able to opt for your preferred color aside from black, to fill the top portion of the display. 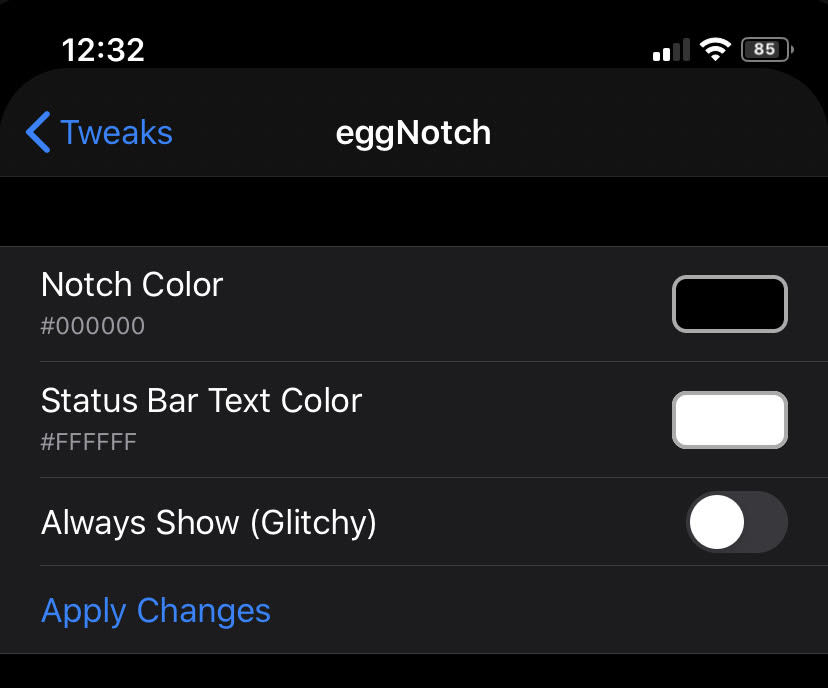 Secondly, apart from the preference pane, eggNotch jailbreak tweak also provides an ‘Apply Changes’ icon. With that, you can be able to effect any changes that you make on your device.

Although the new eggNotch jailbreak tweak might not interest everybody, I’m sure there are iPhone users that will find it handy. So, if you’re interested in the new tool, it’s free to use and available on Cydia and the BigBoss. You can get it for your device by downloading it here.

Download And Install iOS 15 Without WiFi, With Cellular Data