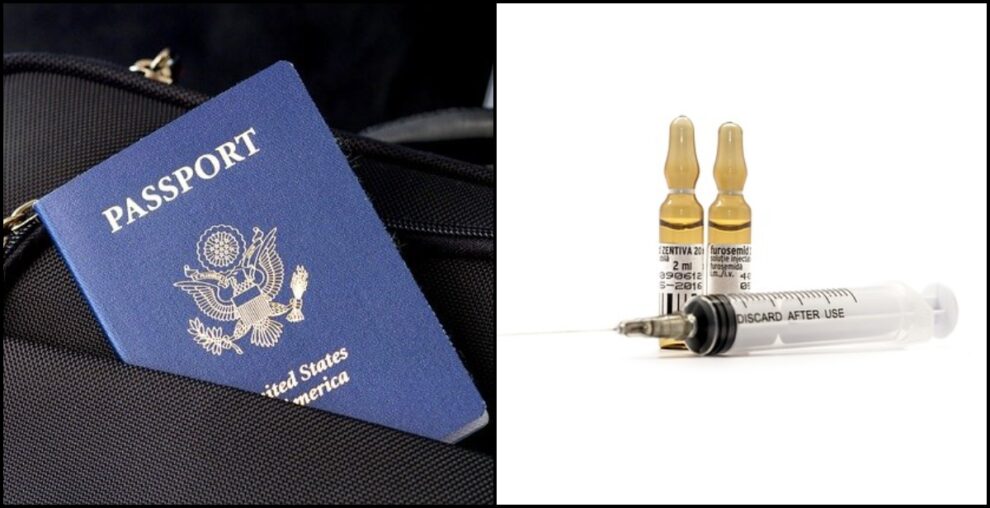 Since states continue to expand eligibility for the COVID-19 vaccine and more services demand vaccination proofs, experts are warning of a possible rise in scam activities related to fake vaccine passports.

A tweet from a TV host, Andrew Gruel revealed that fake ‘vaccine passports’ are already selling on the streets who saw it happening.

“Had to work late last night. Walked through a back alley to get to my car. There were 2 shady guys selling fake vaccine passports out of the back of a Cadillac. A market is born.”

Earlier this week the news emerged that the Biden government has been making efforts along with tech companies and non-profits for developing a vaccine passport. It will play a major part in numerous aspects of life.

A CNN report said the vaccine passports could be created in weeks. They will be a condition of the United States coming back to “normalcy” before the year-end.

Vaccine passports and certificates are being acclaimed worldwide as a source for various industries to start returning to normal while diminishing the fear of spreading the coronavirus. Consumers already have to use the passes at venues including sports arenas, movie theaters, and international travel, etc.

“The darknet is booming with activity related to the vaccines. Cybercriminals are looking to capitalize on the public’s interest to both get the vaccine or avoid the vaccine,” said Ekram Ahmed, spokesperson for a cybersecurity firm, Check Point.

Ever since the pandemic started, many scams related to coronavirus testing, fraudulent protective devices, and fake Covid-19 vaccines have appeared on the internet. According to Check Point, one ad on the dark web posted “vaccination certificate for Covid”. It was for those who do not want vaccine doses.

Another ad said that not everybody would like to get the Covid-19 vaccine and they provide proof of vaccination.

Check Point claims in general, the number of fake advertisements regarding vaccines has increased three times since January.

Meanwhile, New York is the only state so far that has officially launched a digital vaccine passport. It would fast-track the resuming of businesses and entertainment places across the state.