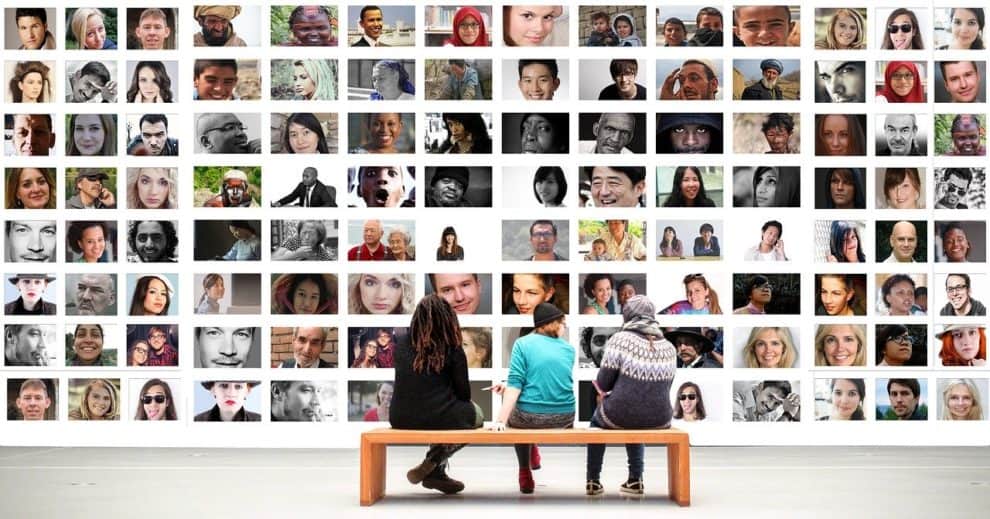 We woke up today to find the hashtag #firstimpressionchallenge trending on Facebook and Twitter. It is apparently a Facebook trend that asks people in your friend list to comment on their first impression of you. The challenge eventually grew to other social media platforms as well. It seems people really are curious to find what their friends thought of them when they first met them.

Generally, a first impression is categorized as the event when one person encounters another person for the first time and forms a mental image of that person. These first impressions are influenced by a number of factors, such as facial features, the intensity of a person’s voice, attractiveness, and general emotional state. People tend to get attached to their initial impressions of others and find it very difficult to change their opinion, even when presented with lots of evidence to the contrary.

We sometimes encounter people, even perfect strangers, who begin to interest us at first sight, somehow suddenly, all at once, before a word has been spoken. – Fyodor Dostoyevsky

People are undertaking the First Impression Challenge or “#firstimpressionchallenge” on social media by inviting their friends to comment on what they judged about them after and during their first meeting. 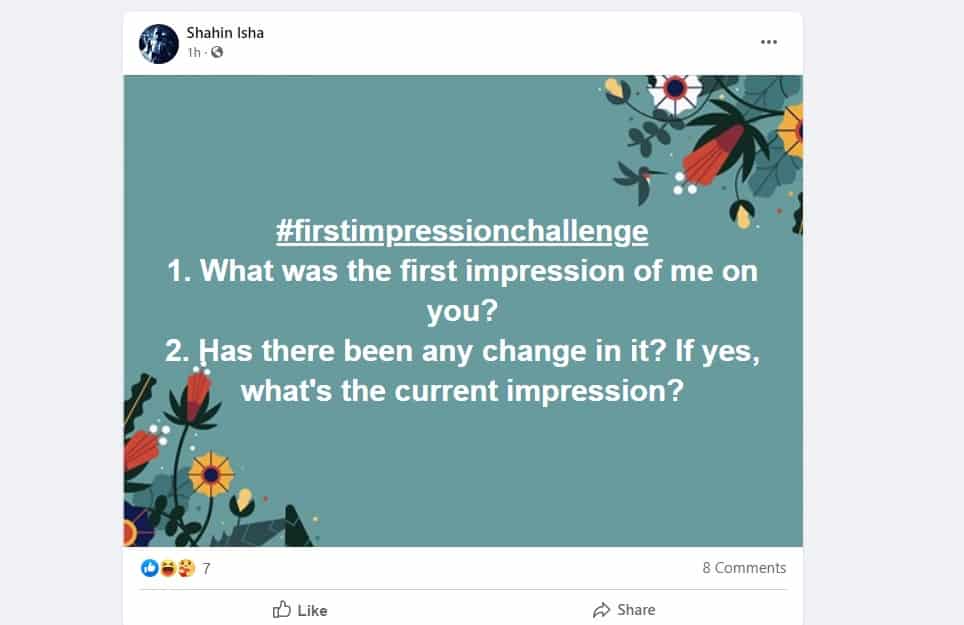 How important are first impressions?

Research shows that first impressions can be extremely crucial. Generally, people will quickly judge others’ trustworthiness, physical strength, and intentions to do harm based on subtle facial and vocal cues.

These traits may differ slightly across cultures; for example, some studies have found that Chinese societies form first impressions based on competence (i.e., perceptions of intelligence and social status) rather than on physical strength. Perhaps the problematic aspect of these judgments is that they may take a lifetime to forget. So if you have made a bad impression on someone in the first meeting, you should be worried!

Is “love at first sight” also a part of the first impression?

This concept is prevalent in a number of movies and books, and it sounds wonderfully romantic. Two strangers see each other “across a crowded room,” there’s an instant attraction, an electric spark, and suddenly they’ve found their match and never look back.  Is love also a result of first impression?

I cannot say for certain if there is such a thing as love at first sight, but I do know that the moment I first glimpsed Winnie Nomzamo, I knew that I wanted to have her as my wife. – Nelson Mandela

Recent research compiled by researchers in the Netherlands offers concrete evidence in support of the phenomenon (Zsok, Haucke, De Wit, & Barelds, 2017). The researchers studied a sample of nearly 400 men and women from different walks of life. These people were surveyed about potential romantic partners immediately after first encountering those individuals. The survey answers included indicating that the sample agreed with the statement, “I am experiencing love at first sight with this person.” Maybe you should also give a try at #firstimpressionchallenge?