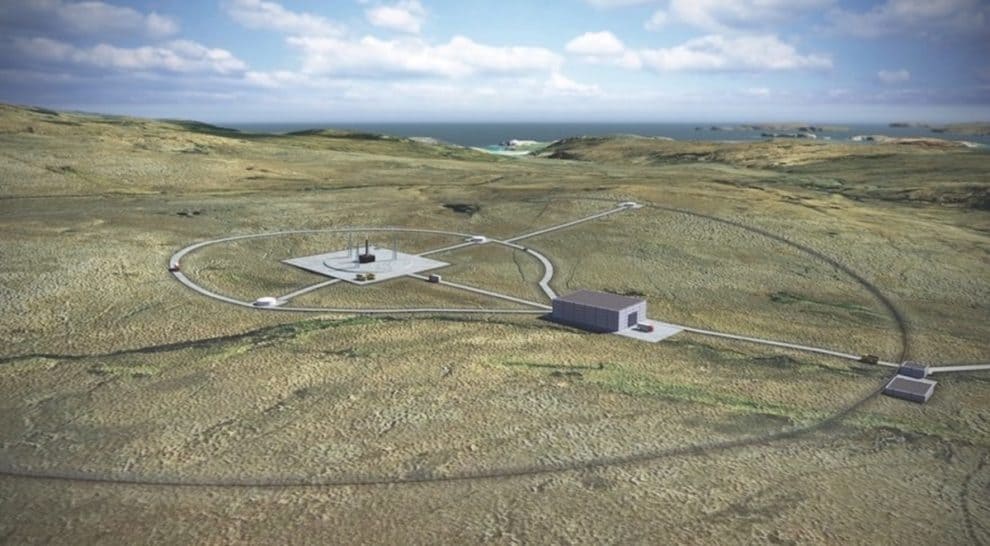 According to the latest reports, the Highland Council’s North Planning Applications Committee has today approved Highlands and Islands Enterprise, HIE’s plans to build the first UK spaceport in Sutherland. The reports further confirmed that the decision by the council to approve the plan is because they believe the project could bring lots of tourism to Scotland. With this approval, small commercial satellites and launch vehicles created in Scotland could head into the orbit from Scottish spaceport in the coming years.

Now that the Highland Council was able to approve the plans by Highlands and Islands Enterprise (HIE), we can say UK’s first spaceport is a step closer to coming up in Sutherland. The next step is for the council to refer the decision to the ministers of Scotland for reviews.

According to HIE, the spaceport is part of a “national jigsaw puzzle”, which will get the United Kingdom involved in space travel. Also, the director of business growth with HIE, David Oxley mentioned that: the approval by the council is a huge success for the Space Hub Sutherland. Here’s a brief of what the director said:

“Gaining planning approval from the council is a huge step forward for Space Hub Sutherland.”

Furthermore, Oxley mentioned the benefits attached to bringing the UK’s first spaceport to Sutherland. He said:

“The UK’s space ambitions present a wonderful opportunity for the Highlands and Islands. A vertical launch spaceport is a key piece of the national jigsaw, along with the design and manufacture of satellites and launch vehicles, that will ensure Scotland can derive maximum economic benefits from this growing and exciting sector.” 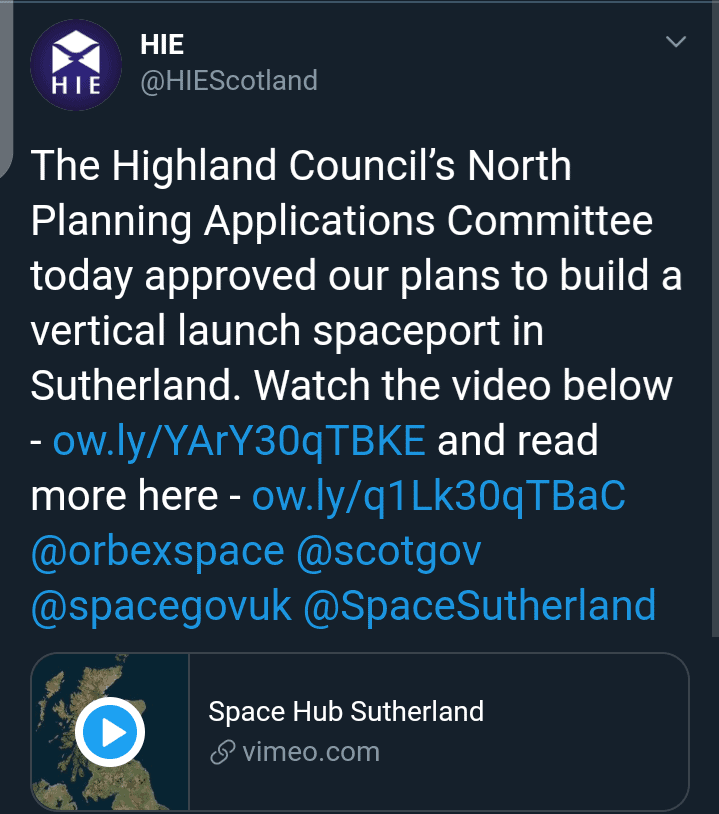 The Issues Of Carbon Emissions And Noise Disturbance To Wildlife

Although the highland council was able to approve the plan, about 457 people objected to it, pointing out the issues of carbon emissions and noise disturbance to wildlife.

According to the Scottish Wild Land Group, the application to build the UK’s first spaceport in Sutherland has the potential to impact valued and sensitive landscapes. Here’s a brief of what the group wrote, while objecting to the plan:

“The development is close to or overlapping sites which are designated nationally or internationally for important wildlife and habitats.”

However, SEPA has been able to respond to the claims, saying that the planning application conforms to the regulations.

While speaking about the environmental challenges, Oxley mentioned that they have carried out survey works, to understand and mitigate all potential impacts. He further added that it’ll include a restoration plan, ensuring that all peat dug on the site are retained.

“Part of our ambition is to create the world’s most low-carbon space center and the conditions applied to the planning approval will help us make that a reality. Another important aspect is the role that satellites we launch from Sutherland will play in gathering data that helps understand and address the impact of global climate change. “When we put all these factors together, that makes today’s decision a good result not just for the economy, but for the environment as well.”