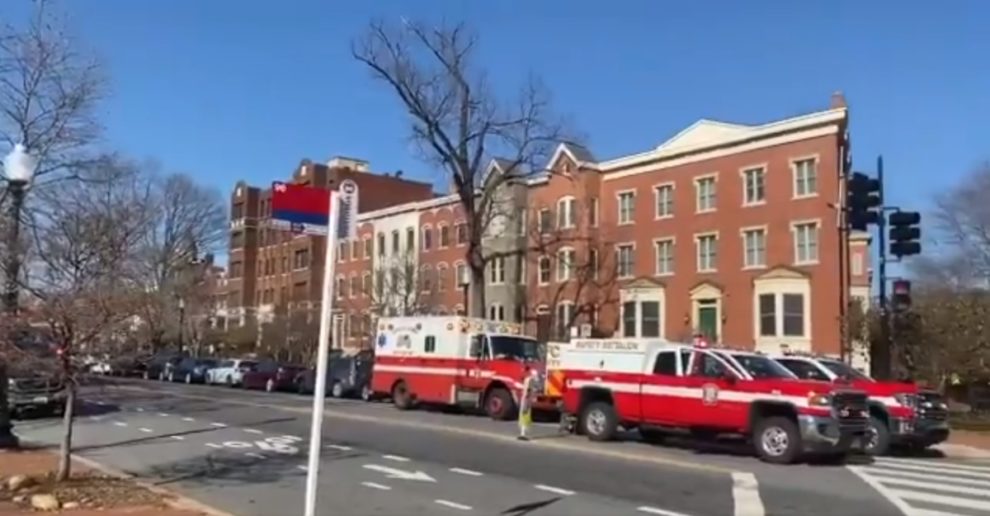 According to reports, several floors of BridgePoint Hospital Capitol Hill in Washington, DC have collapsed after an explosion involving mechanical equipment. The Hospital is located near the US Capitol.

Initially, there were reports of a generator falling down through several floors causing the damage.

Residents living in the nearby houses report hearing a large explosion from the hospital’s building.

A large number of fire and rescue members have reached the scene. No information yet on injuries.

According to Twitter user Alan Henney, the force of the blast blew out the chimney, causing damage to the upper floors. Image of the chimney embedded below:

According to someone who saw it the chimney seemed to explode. Here’s a close up of the cracks. @theHillisHome @PoPville pic.twitter.com/6R0uaDK3yJ

US Military Base Anacostia-Bolling on lockdown in Washington DC

Washington DC reinstates indoor mask mandate for everyone above 2