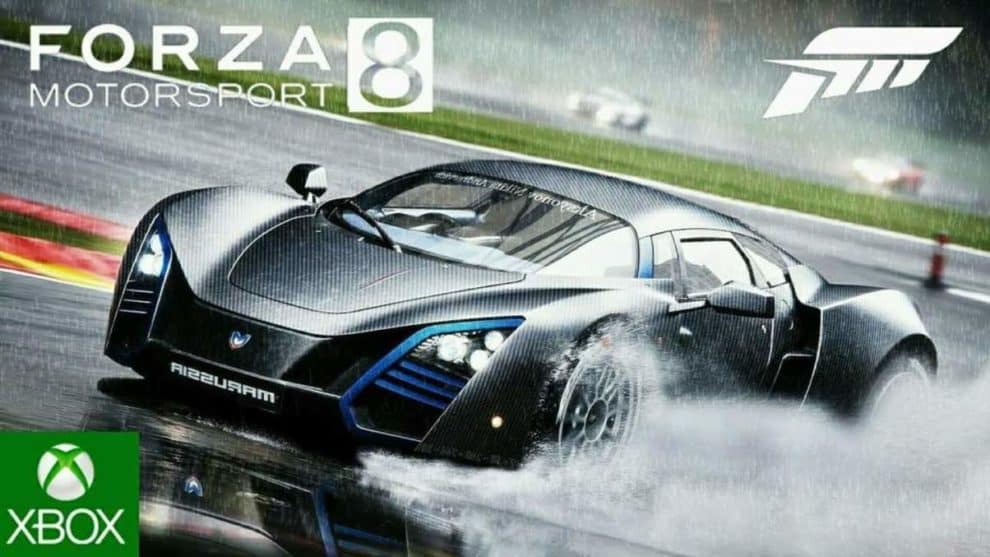 Forza series, first released in 2005 as Forza Motorsport, is a series of racing video games for Xbox gaming consoles. It’s also compatible with most devices running the major operating systems, including Windows 10, iOS, and Android OS. Talking about the Forza Motorsport series, it was developed by American developer Turn 10 Studios. So far, we’ve seen seven installments in the series, with the last one Forza Motorsport 7, getting released in 2017. Although Turn 10 studios used to release the series every two years, it’s almost three years now without any sign of the next chapter, Forza Motorsport 8.

According to the latest news, the development of Forza Motorsport 8 is now underway, and might soon come to us.

In this article, we’ll be showing you everything we know so far about Forza Motorsport 8, including its trailer, release date, graphics, leaks, and features.

In case you’re wondering where to watch the trailer of the upcoming Forza Motorsport, you might have to stop worrying about that. You can watch it below:

If we were to follow the old release schedule of the Forza Motorsport series, this next chapter should have been released since last year. That’s because Turn 10 often releases a new installment of the series every two years.

Talking about how long it’ll take, it’s still uncertain when that will be. Even the trailer of the video game we saw during the Xbox Series X event didn’t mention anything about the release date.

Furthermore, going by what the Creative Director of Turn 10 Chris Esaki said in December 2019, we might be getting closer to seeing the game. According to Esaki, the next chapter, which is probably not going to be called Forza Motorsport 8, is already in development. The creative director also mentioned that the game has passed the first studio-wide playtest. While also speaking, Esaki hinted at the shift in design and focus from the previous chapters in the series. Here’s a brief of what he said during the Forza monthly live show below:

“…the overall product and where we’re going with it is such a vastly different and amazing experience.”

Not forgetting that Esaki made the announcement last year, it’s now more than 7 months since passing the first studio-wide playtest. What that means is that there would have been a lot of progress since that time. Also, with the recent trailer from the Xbox event, it’s likely that the game will be coming to us in 2021.

Based on what we see in the trailer above, it’s looking like the new Forza Motorsport will be Microsoft’s strong competition for Gran Turismo 7. And if that’s the case, it means the next chapter of the series will come with a lot of improvements in terms of its gameplay and features.

According to a recent leak by @IdleSloth84, the Twitter user posted a few details of the upcoming Forza Motorsport 8. However, while concluding, the user mentioned that players should only take the leak with a pinch of salt. Let’s have a quick look at some of the features rumored to come with the new game, a reimagining of the previous series, below:

For now, we only have little information about the game performance of the upcoming Forza Motorsport 8. However, according to Turn 10, the trailer of the game was developed in-engine. In addition, Microsoft was able to reveal that Playground Games, the British developer of the Forza Horizon series, will deliver a new version of Forza Horizon 4, which is optimized for Xbox Series X.

Talking of optimization, it’ll include improved performance and higher fidelity graphics. What that means is that the game will run at 4K resolution and 60 fps instead of the usual 30 fps. With that, we might as well expect a similar improvement from Turn 10. Furthermore, looking at the trailer above, it looks like we might have to also start expecting ray tracing.

For now, that’s all we know about the performance of the upcoming Forza Motorsport 8.

In the past, we’ve seen several games launch with many cars, and only a few being accurate to what we see in real life. Looking at the trailer above, it’s likely not going to be the case for the upcoming game. Instead, Forza will likely choose the quality of the cars over the quantity.

But for now, we can only wait for the game to launch, to know what Turn 10 has been working on in the last three years.