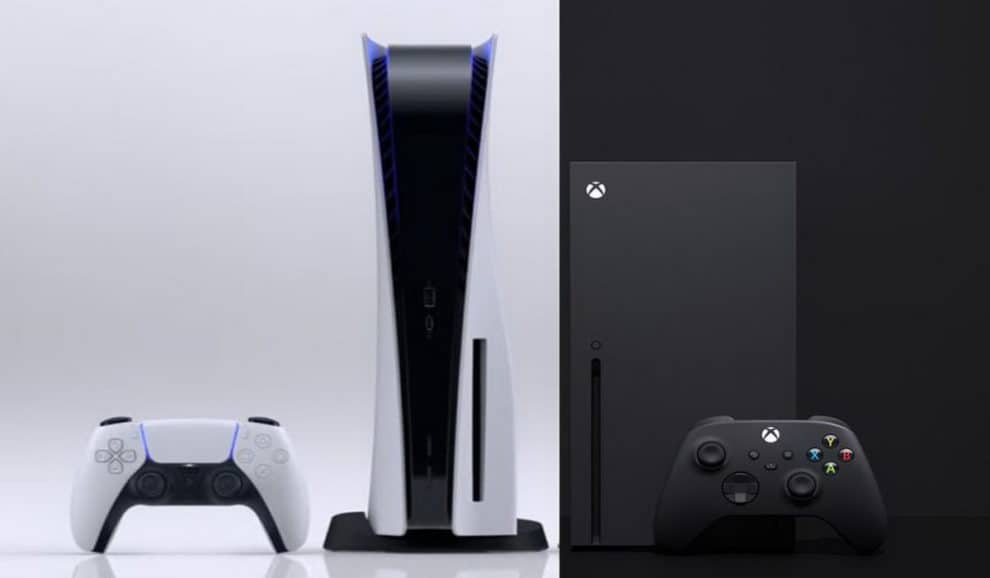 There are no major secrets now. Both Sony and Microsoft have confirmed the launch date, pricing, and all other details of their upcoming consoles. We will see the PlayStation 5 vs Xbox Series X showdown during the holiday shopping season. Both consoles promise to take the gaming experience to a whole new level, thanks to more powerful processors, SSD storage, and other innovative technologies. In this PlayStation 5 vs Xbox Series X comparison, let’s check out how they differ.

Neither Sony nor Microsoft has revealed the official pre-order numbers for their PlayStation 5 and Xbox Series X consoles. But early checks suggest the PS5 is more popular among gamers than the Xbox Series X. Sony and Microsoft’s consoles have been locking horns for almost two decades, and the PlayStation has come out ahead most of the time.

Even after the pre-order dates, the PS5 website has been attracting relatively more visitors than the Xbox Series X. The traffic data might not translate to actual sales data, so the report should be taken with a bit of skepticism. Organic search was the biggest source of traffic for both websites.

Sony has already started accepting pre-orders for the PlayStation 5 and the affordable Digital Edition. The pre-orders began in the US and many other countries on September 17. If you are interested, you can place your pre-order directly on Sony’s website. But Sony has complicated the pre-order process. You must be invited to pre-order the PS5. At the time of this writing, the registrations for pre-order are closed.

According to Microsoft, pre-orders for the Xbox Series X and Xbox Series S will start on September 22. The console will hit the store shelves on November 10, just a couple of days before its rival.

Consumers seem to be more excited about the PlayStation 5 than the Xbox Series X. A poll of 350 readers conducted by Inverse revealed that about 58% of people were interested in the PS5. Only 26.6% Inverse readers wanted the Xbox Series X. About 15% of participants said they would buy both the upcoming consoles.

Microsoft has priced the Xbox Series X at $499. The entry-level Xbox Series S will have a starting price of $299. It will be far less powerful than its expensive sibling. The PlayStation 5 is going to cost you $499. It boasts an Ultra HD Blu-ray disc drive. The disc-less PS5 Digital Edition has been priced at $399, making it more expensive than the Xbox Series S.

Microsoft unveiled the Xbox Series X design last year. The Seattle-based company has opted for a rectangular and vertical form factor. It looks like a vertical PC tower with black chassis and the Xbox logo in the top-left corner. It also has a disc drive on the front. If you don’t have enough space in your entertainment center to place it vertically, you can put it horizontally and it will work just fine.

Sony has taken an innovative design approach with the PlayStation 5. Gone is the all-black exterior seen in the previous generations. The console has two vertical white fins attached to a rounded black rectangle. Its design has been the subject of a lot of memes on social media.

Sony has launched the PS5 in two different configurations – a standard version with an optical disc drive and a Digital Edition without the disc drive. The all-digital version will likely cost less than the standard model, but we don’t know how much. At least not yet.

The PlayStation 5 will come with a new DualSense controller with a two-tone design. It gets adaptive L2 and R2 triggers, and haptic feedback to create an element of “sense.” The controller also has a new Create button, a built-in microphone, and a USB-C connection. It is powered by a rechargeable battery. Sony has promised that the new controller will deliver better battery life than its predecessor.

The Xbox Series X controller has the familiar Xbox design with only minor tweaks in ergonomics. It gets a USB-C connection and a new Share button in the center. It uses two AA batteries to power the gameplay. Notably, Microsoft has confirmed that the Xbox One controllers will be forward compatible with the Xbox Series X.

The older Xbox One controllers don’t have the Share button, but they will work just fine with the upcoming console. The next-gen Xbox Series X will be backward compatible with all the accessories of the older Xbox One. If you aren’t desperate for the new tricks, you can keep using the older headsets and pads.

DualSense controller could have a built-in user identification system

Folks at SegmentNext have spotted a Sony patent that details how the upcoming DualSense controller could identify who is holding it. However, the feature is expected to arrive only after launch via a software update.

The feature will use a variety of sensors including the accelerometers and a gyroscope to figure out how specific users hold on to the controller. It will thus determine who is holding it. Such a technology could allow the controller to automatically log-in a user to their PS5 user profile or the PlayStation Network account.

It will be particularly useful in households where multiple people use the console with their own accounts. Sony explained in its patent filing that it has become “increasingly common for users to be able to login to the same user account as they use on their own console when playing on a different console.

Both the PS5 and Xbox Series X are going to be insanely powerful. But Microsoft’s Xbox Series X will be more powerful than its competitor, at least on paper. Both consoles will have a huge 16GB GDDR6 RAM. They will both offer resolutions of up to 8K with up to 120fps frame rate. They both get 4K UHD Blu-ray optical discs.

Powering the PlayStation 5 is the octa-core, 3.5GHz AMD Zen 2 CPU. The Xbox Series X would run an octa-core, 3.8GHz AMD Zen 2 chipset. Where the Xbox Series X leaps ahead is the GPU. It runs a 12 teraflops AMD RDNA 2 GPU. By comparison, the PS5 features a 10.3 teraflops AMD RDNA 2. A difference of 1.7 teraflops could lead to a significant difference in graphics performance between the two.

Microsoft appears to be in a better position this time. As we told you in the Specs section, the Xbox Series X is going to have beefier specs than the PS5. Fresh reports suggest it will have a couple of other advantages as well.

The Xbox Series X doesn’t face any such problem. It might not make a huge difference to gamers who have already decided to buy the PS5. But those sitting on the fence would think twice if the report turns out to be true.

It’s unclear what the tipster is referring to with “struggle.” It’s possible that games would run only at 30fps when 4K resolution, Ray Tracing and HDR are enabled. Ideally, gamers would expect 4K gameplay at 60fps instead of 30fps.

Several upcoming PS5 titles such as the Spider-Man: Miles Morales and Demon’s Souls are confirmed to be coming with “fidelity” and “performance” modes. It indicates that the PS5 could face difficulty running games with 4K resolution at 60fps. We will get to know more only after the console hits the store shelves.

Another advantage the Xbox Series X has over its rival is that it will be the “less expensive and more powerful console.” According to AestheticGamer, the PS5 would be more expensive than Microsoft’s console. The Redmond-based software giant is willing to take a loss on consoles to drive sales. It could make up for the loss through software sales and subscriptions.

Both Microsoft and Sony have confirmed that the upcoming consoles will offer backward compatibility with their predecessors. The Xbox Series X and PS5 users will be able to play older games as well. Sony has said that the top 100 most played PS4 titles will be backward compatible with the PlayStation 5. Microsoft has announced the “Smart Delivery” initiative, which allows players to buy a game once and play it on any of Xbox One or Xbox Series X consoles.

Microsoft has a number of exclusive titles in the works. They include Halo Infinity, Senua’s Saga: Hellblade II, The Medium, and more.

Developer 2K Games have revealed the NBA 2K21 price for both the PlayStation 5 and Xbox Series X. The company has kept the price at $60 for the older PS4 and Xbox One. But the PS5 and Xbox Series X users will have to pay $70 for the NBA 2K21. There will also be a Mamba Forever edition featuring Kobe Bryant on the box. It has been priced at $100.

Neither Microsoft nor Sony have announced their plans for game streaming on the Xbox Series X and PS5. But both companies already have cloud gaming services. Given the growing trend of online game streaming, both Microsoft and Sony would want to double down on it.

Sony has the PlayStation Now service. It lets users stream and download the PS2, PS3, and PS4 titles for a fixed monthly fee. Users can also stream their PlayStation Now games on a PC. But the PS Now still lags behind Microsoft’s Xbox Game Pass Ultimate. Also, exclusive titles don’t arrive on PS Now on day one.

Last year, Sony reached a deal with Microsoft to collaborate on new technologies. The agreement also gave Sony access to Microsoft’s Azure cloud services worldwide. It means both the Xbox Game Pass and PlayStation Now will be based on Azure.

Microsoft’s Project xCloud is still in beta. But it will allow players to stream their Xbox games on a number of devices including iOS and Android devices. The $10/month Xbox Game Pass subscription gives you instant access to more than 200 titles.

There is also a $15/month Xbox Game Pass Ultimate, which also gives you access to Xbox Live Gold. If you are willing to pay $15 per month, you’ll be able to access the Xbox Game Pass, Xbox Live Gold, as well as the upcoming Project xCloud. Subscribers will get access to exclusive titles from day one. There will be no delay. 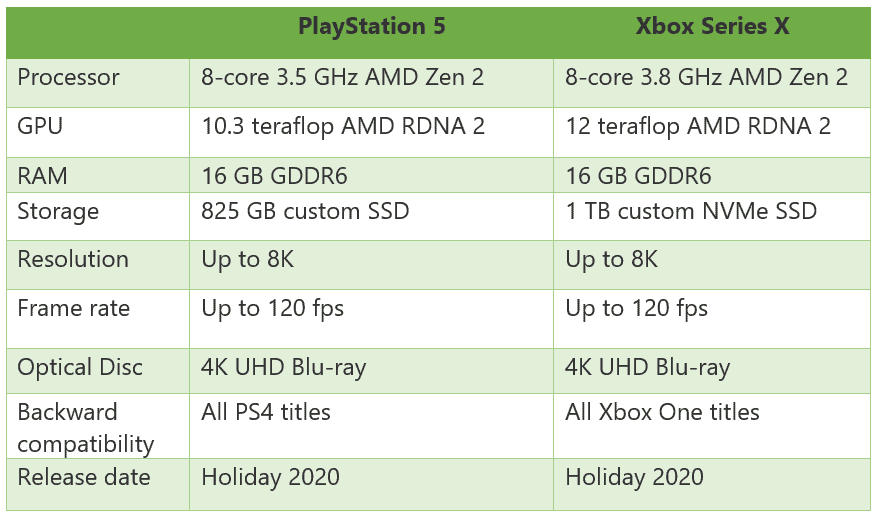 This post was updated on 07 October 2020 with the latest news and information.