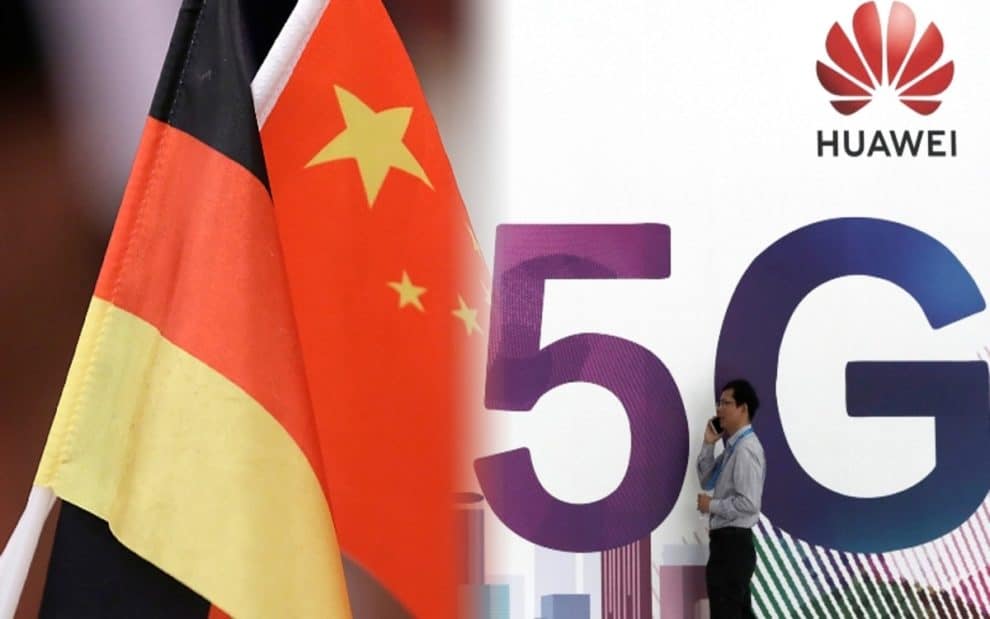 In Germany, a major blow is being delivered against the United States in the trade war between Washington and Beijing. Despite pressures, Berlin is opting for cooperation with China on 5G technology, refusing to impose any sanctions against Huawei, ignoring American demands. Considering the prominent economic role played by Germany within the European Union, it is possible that the country’s decision will become a trend for other states on the continent, as suggested by several experts around the world.

The German government is currently working on a new bill to guarantee national security interests in the use of 5G technology. At first, this project could exclude Huawei’s participation, if it were interpreted that the Chinese company does not meet formal security requirements. But this is an increasingly distant scenario. German Chancellor Angela Merkel in no way wants to exclude the Chinese giant Huawei from building the 5G network in Germany. The major position in the German parliament appears to be similar to that of Angela Merkel, who has repeatedly stated the complete impossibility of excluding Huawei.

The main American speech to support its global crusade to impose sanctions against China is that Beijing uses Huawei’s technology for espionage purposes, working to steal data and collect information useful to the Chinese government in the countries where the company’s antennas and platforms are based. This speech did not convince Germany, which currently elaborates its national security policy and makes it increasingly clear that it does not recognize China as a possible threat due to Huawei’s actions.

In fact, Merkel is keen to see how American and European interests tend to clash more and more, and as a result, she has made important and notable decisions that challenge the American agenda for Europe. Germany’s refusal to impose a ban or limitations on Huawei’s admission to its market is also a challenge to European policy towards the US, as Berlin currently holds the presidency on the EU Council. Germany’s approach to Huawei would be dictated not only by Germany’s interests but also by the EU’s, making it inevitable that the German attitude will be shared by other European states.

In fact, at least in the field of 5G technology, Huawei has increasingly stood out in the German market, being especially attractive in terms of price-quality proportion. Currently, half of the antennas used by the telecommunications operators Deutsche Telekom and Vodafone to build 5G networks are manufactured by Huawei and cooperation tends to increase even more. If Germany had to reject the construction of its 5G platforms due to sanctions against China, billions of euros would be lost, and Berlin would risk becoming technologically obsolete in the face of a rapidly changing market. From all points of view, it would be disadvantageous to both China and Germany, but especially worse for Germany.

In fact, Washington has so far provided no evidence of its accusations against China about using 5G for espionage purposes. Obviously, all high technology is secretly used by the great powers for military and intelligence purposes, which makes American accusations even more vague and banal. When the topic involves not just billions of euros, but also the entire technological capacity of a nation – and a continent – it takes much more than mere accusations to affect a project. As long as Washington does not present concrete evidence of its allegations, it will only lose more and more allies to the growing Chinese market.

In general, Germany has increasingly distanced itself from the US in its geopolitical alignment in the last months. In addition to the 5G issue, cooperation with Russia on the Nord Stream 2 project, the decrease in American troops in Germany and the intention to reduce the number of nuclear weapons installed in German territory are examples of this distance. In all of these cases, Merkel has demonstrated her particular strategic ability to foresee situations of the shock of interests between Americans and Europeans and has prioritized national and continental interests.

However, it is important to note that Merkel has her opponents and that she does not lead Germany alone. The bill tends to pass without any sanction against Huawei, but that is not a guarantee. There are still parliamentarians who advocate maintaining a Western alliance against China. In this sense, efforts to sanction Huawei could intensify and create several internal tensions within the German government and across European society. Above all, German politicians must take their country’s interests into account when drafting a national security law, ignoring what is necessary for the security of foreign powers.